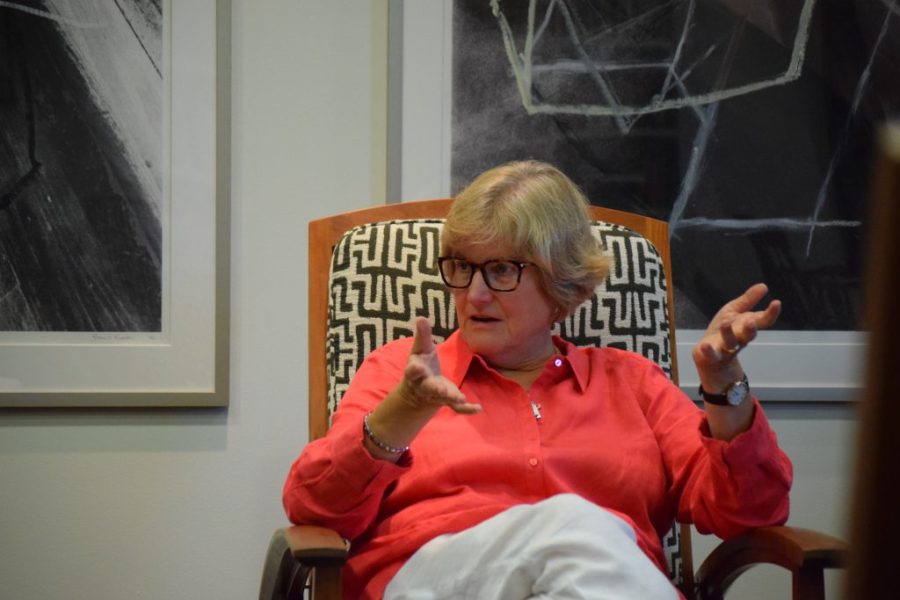 In an email to the Bates community on Wednesday, President Clayton Spencer announced that she will be stepping down from her role on June, 30, 2023, making the coming 2022-2023 school year her last at the college.

Spencer stated that she informed the Board of Trustees of her decision earlier this week, marking an end to her 11 year long tenure at Bates. The Board will “begin immediately to design a search process” to select the next president of the college, a Bates News article stated.

“I have loved my time at Bates,” Spencer wrote in her email. “On my first trip to campus in December 2011, when I was introduced to the Bates community, I was so impressed by the students I met and thrilled to get a sense, firsthand, of the beautiful work our faculty and staff do every day to make Bates the extraordinary place it is.”

During Spencer’s time at Bates, the college’s endowment has more than doubled, from $216 million in 2012 to $466 million as of last June. The college is about to conclude its most successful fundraising campaign in history at the end of the month, surpassing its ambitious $300 million goal.

In addition, a Bates News article boasts, the number of admission applications has increased by 54 percent over Spencer’s tenure. More recently, the college was chosen as one of the first five colleges to participate in the Schuler Access Initiative.

Spencer has also overseen the completion of multiple building projects, including the Chu and Kalperis dorms as well as the recently opened Bonney Science Center.

Her time as president has also seen challenges, heightened by the Covid-19 pandemic with multiple on-campus outbreaks. An influx of faculty and staff leaving, especially from positions in the Office of Intercultural Education, have been frequent. Students have expressed frustration with policies by the Office of Campus Safety, and Bates is the only NESCAC to not require faculty and staff to be vaccinated. The administration has also had to address staff and faculty members fighting to unionize.

“I am not sure what this next chapter will bring for me, but I am excited to explore new interests and ways of being,” Spencer wrote. “There is also much to be accomplished here in the year ahead, and I am grateful I will have the joy of continuing to work with all of you who make Bates possible.”

Earlier this year, Bowdoin President Clayton Rose and Amherst President Biddy Martin both announced their departures, as well. Spencer was set to be the current longest serving NESCAC president before her announcement on Wednesday.