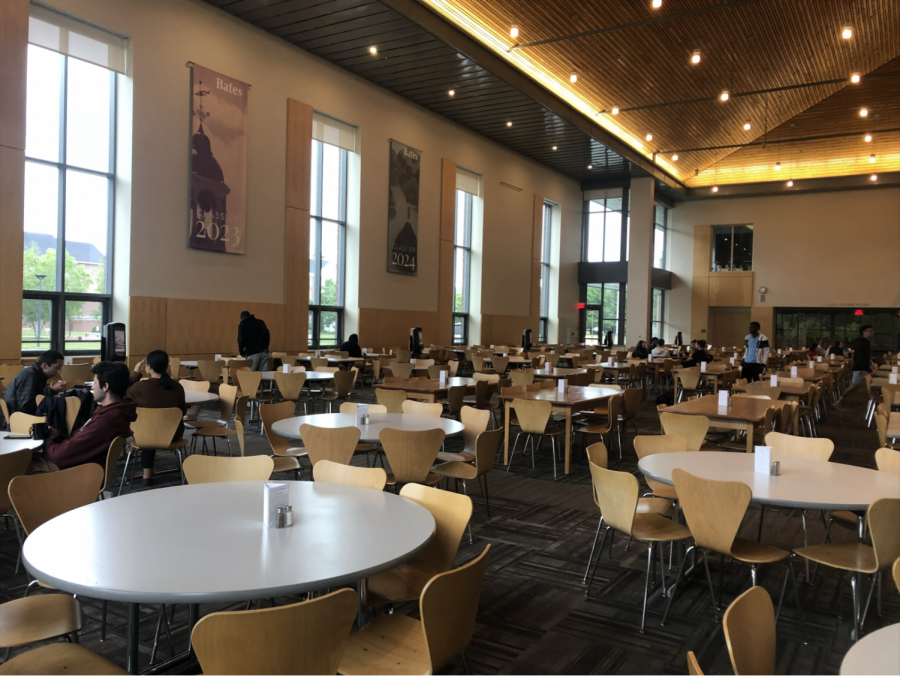 Mugs have been disappearing from Commons. Director of Dining Services Cheryl Lacey is urging students to return their mugs.

Students often bring their black mugs out of Commons with them to finish a beverage or carry a snack.

“Since the beginning of September, Dining has purchased 5,280 black mugs at a cost of roughly $25,000, yet we have fewer than 1,000 in rotation and available,” Lacey said in an email to students on March 29.

She continued, “the problem is that no one is bringing their own mug to Commons. Black mugs are being used like paper cups. Even worse, they are not being returned.”

Lacey says that the solution to the mug problem is simply for students to not take mugs out of Commons in the first place or to return them if they do.

“We know it’s never going to be perfect. We know people are going to get [to Commons] and have forgotten their mug, and they’re going to take a mug out with them. But when you do that, do the responsible thing and bring it back.”

Students can also give mugs to the custodians in their residence halls to return them to Commons.

If the mug supply in Commons is not maintained, it is possible that Dining would be forced to revert to paper cups.

“The availability of mugs is not guaranteed. There are lots of products that we cannot get or that we get huge delays in because of manufacturing shortages. The molded plastic used to make the mugs is top of the list,” Lacey said.

According to Lacey’s email, “Paper hot cups are neither recyclable or compostable in this area. Even worse, when dropped into a recycling bin (especially with liquid in them) they contaminate the entire contents – condemning even legitimately recyclable material to the landfill.”

In response, students collaborated with Dining to create a program where every incoming student is provided with their own reusable mug. The purpose of this program is to ensure that students have the option to take drinks out of Commons.

“We put that into our budget, to give each new student a mug every year,” Lacey said.

Despite every Bates student owning their own reusable mug, the black mugs from Commons are still disappearing at an alarming rate.

“Bobcats Bringing Back Black Mugs…it has a nice ring to it.”