Academy Awards 2022: What Should Win 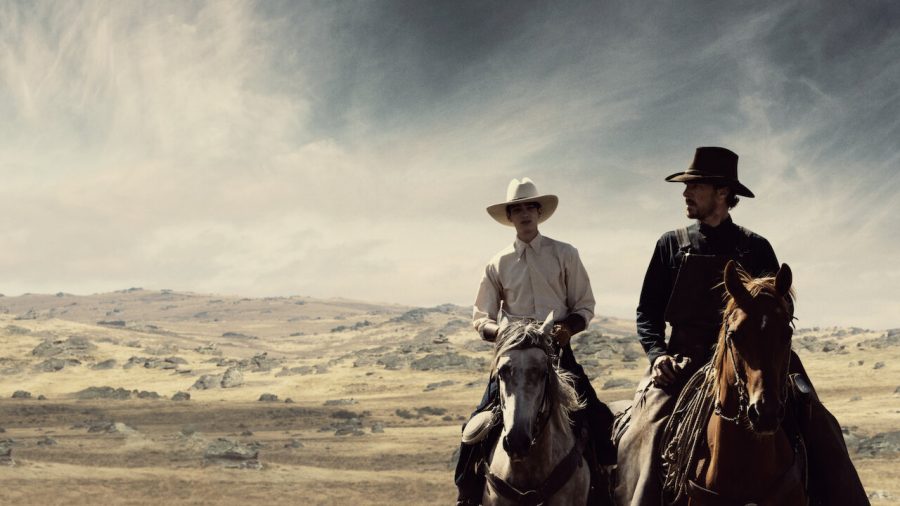 Netflix’s “The Power of the Dog” leads the pack with twelve nominations at the 94th Oscars, including nods for Best Picture, Best Director, and Best Actor for Benedict Cumberbatch (r).

With the 94th Oscars only two weeks away, cinephiles are beginning to work on their ballots for the exciting day. While 2020 was a disappointing year for movies thanks to the pandemic, 2021 is a promising recovery to begin this next decade of film. Among the Oscar nominations there are some pleasant surprises and infuriating snubs. Netflix’s “Power of the Dog” holds a strong lead with a total of 12 nominations with Warner Bros, “Dune” trails behind with 10 nods and “Belfast” and “West Side Story” are tied for seven. The major categories are provided below.

First of all, 10 nominees for Best Picture is absolutely absurd. Adam McKay’s “Don’t Look Up” should not be nominated. This film is incomparable to the Academy’s standard of nominated films. Fundamentally, “Don’t Look Up” is a mediocre film with a fascinating concept squandered by messy execution, an unnecessarily long runtime and distracting editing. Guillermo del Toro’s “Nightmare Alley” also earned a nomination, but I cannot possibly see through its flawed prioritization of aesthetics over clarity; it’s a gorgeous, seductive neo-noir thriller but the psychology of the characters feels underexplored and nauseatingly confusing.

The inclusion of the Japanese gem “Drive My Car,” however, is a welcome surprise considering its under-the-radar status during awards season. Ryûsuke Hamaguchi’s compellingly complex drama manages to stay grounded amidst its meandering plot. While the film is an almost-guaranteed win for Best Foreign Language Film, I believe some of the other nominees are superior. I am disappointed that the Academy only nominated one musical for Best Picture since “Tick Tick Boom” is a beautifully crafted musical from Lin-Manuel Miranda in his directorial debut. Steven Speilberg’s “West Side Story” was a fantastic revival of the classic original with much-needed updates and an engrossing, heartfelt story at the center of its almost laughably outlandish plot.

Above all, Jane Campion’s “The Power of the Dog” should and most likely will win the award. Earning universal acclaim and winning the accolade at the Golden Globes and Critics Choice, the slow-burn psychological drama is a masterclass in storytelling and characterization. Every component of the film—the acting, directing, writing, cinematography, and score—perfectly amalgamates like the pieces of a 1,000 piece puzzle.

Surprisingly, Denis Villeneuve, who was previously nominated for Best Director for “Arrival,” failed to earn a nomination for his audacious turn adapting “Dune.” Despite securing 10 nominations in other categories, “Dune” just missed the cut off. However, I am happy with the inclusion of Ryûsuke Hamaguch for “Drive My Car.” The international buzz of the film must have impacted this pleasant surprise. Paul Thomas Anderson presents his versatility in a complete genre change from Phantom Thread in the drama-comedy “Licorice Pizza,” and he continues his impressively strong streak of sharp direction. Speilberg’s “West Side Story” victoriously thrives in the minutiae of the fantastic prologue, the performances and the setting of the streets and finds humanity in the chaos.

However, Jane Campion will and should win Best Director for her contemplative and alluring western, “The Power of the Dog.” Her powerful hand unfolds a thriller within a drama in a way that has never been done before with such deft.

Nicholas Cage was snubbed for his devastatingly raw performance as a hunter in “Pig.” Cage has mastered the art of lunacy, and “Pig” is a wonderful showcase of the way he finds humanity in the absurd. Independent films desperately need more representation. Benedict Cumberbatch dazzles in “The Power of the Dog” with his villainous turn as an unsettlingly competitive rancher, but his acting counterpart, Best Supporting Actor nominee Kodi Smit-McPhee, outshines him to the point where I cannot see Cumberbatch taking home the grand prize. Will Smith is absolutely superb in “King Richard,” and I would love to see him finally win after previous nominations for “Ali” and “The Pursuit of Happyness,” the latter of which I believe he should have won over Forest Whitaker.

But, Andrew Garfield’s tribute to the brilliant playwright and composer Jonathan Larson, who died just ten days before the Off-Broadway premier of his revolutionary musical “Rent,” gives a career-defining performance. Snubbed for his scene-stealing performance in “The Social Network,” Garfield has been delivering jaw-dropping performances for the past decade, and he garnered a nomination for “Hacksaw Ridge” in 2017. For years, we’ve known his talent in acting, but his musical chops seal the deal. His charming yet unrestrained exploration of a tortured artist’s creative process deserves recognition, so Garfield is my top pick.

The race for best actress is the most competitive it’s been in years. This close race makes my decision quite difficult as each nominated performance is Oscar-worthy. With the abundance of biopics released in 2021, I’m unsurprised that three of the nominees star in biopics, continuing a predictable trend in the Academy’s preference for biopics. Renee Zellweger won in 2020 for her performance as Judy Garland in the overwhelmingly mediocre “Judy,” and Rami Malek dominated the Best Actor category in 2019 for his dazzling turn as Freddy Mercury in “Bohemian Rhapsody.” Both “Judy” and “Bohemian Rhapsody” struggle to cohesively create worthy stories to honor their complex subjects.

With Nicole Kidman nominated for “Being the Ricardos” for her take on Lucille Ball, I cannot help but laugh at the Academy’s repeated favoritism for A-list actors portraying Hollywood stars. Frankly, “Being the Ricardos” is not a bad movie, but it’s certainly not great. Director Aaron Sorkin, although a fantastic screenwriter, lacks the directing deft to smooth out the stark tonal shifts and to capture any insight beyond his typical spitfire dialogue. The mediocrity of the film unfortunately drags Kidman down with it.

Olivia Colman, who won the award in 2019 for “The Favorite” is absolutely excellent in “The Lost Daughter” with a painfully honest portrayal of an unnatural mother, and Jessica Chastain also adds competition to the race with a triumphant take on Tammy Faye.

But the finalists for me are Kristen Stewart and Penélope Cruz. Playing Princess Diana, Stewart matches the beloved British royal’s mannerisms to a tea and displays her wounded exterior with delicate subtlety. For her performance in “Parallel Mothers,” Cruz, however, glues your eyes to the screen while gracefully inhabiting the flaws of her character, forming an intangibly emotional connection with the audience that is unparalleled and transcendent.