Chai Is Back at Le Ronj!: Le Ronj Reopens for Food and Drinks 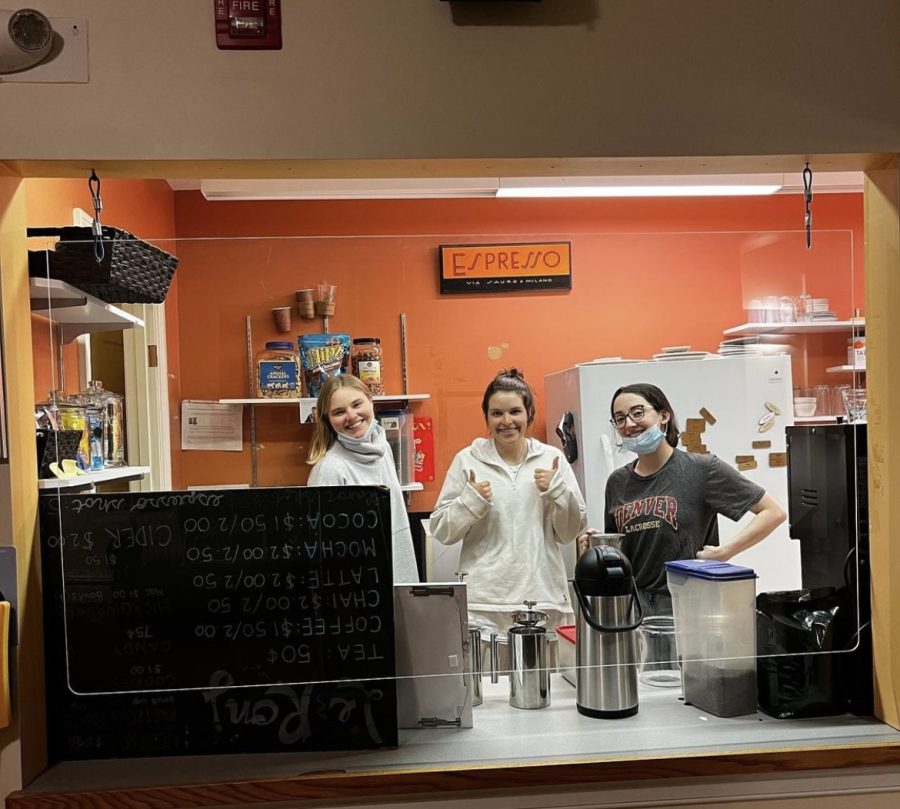 After nearly two years without food or drink services, Le Ronj reopened with no COVID-19 restrictions and a limited menu. They hosted a soft opening March 8 where patrons enjoyed iced chai and a performance by the on-campus band, Hot Faucet.

According to one of the managers, Sophie Nahirny ‘22, reopening was an opportunity to reconsider food and sanitation practices at Le Ronj.

“We’re kinda seeing this as a really cool opportunity to standardize a lot of practices at the Ronj and improve our levels of consistency and sanitation,” Nahirny said. “So, we’re making a standard recipe book and we’re gonna have checklist items for sanitation.”

According to Nahirny, less than five employees have ever served at Le Ronj before. Nahirny explained the limited menu is necessary so as to not overwhelm the new staff.

“We have a limited menu because we don’t have our espresso machine yet. We had a soft opening and then we’ll have a full opening just to make sure everything runs smoothly and to not overwhelm the staff members in training,” Nahirny said.

Employees at Le Ronj were told it was possible they would reopen in the fall, and Nahirny was disappointed when they did not get approval from Dining Services.

“I think that there was kind of a community anticipation and nervousness with the return to school in the fall, not knowing how many students would come back to campus with COVID or what the outbreak situation would be like,” Nahirny said. “I think we were all just waiting to see what the first few weeks of testing would be like to make sure that it was under control.”

Nahirny says she’s excited for Le Ronj to reopen and for the community to be able to come together again.

“I think that it’s really hard to convince people to go all the way to Le Ronj when there’s no food or drink,” Nahirny said, “but until we have them it’s still a good study space. But, it’s even better when you have a cup of chai.”