Hidden Camera Found in Bathroom of a Frye Street House 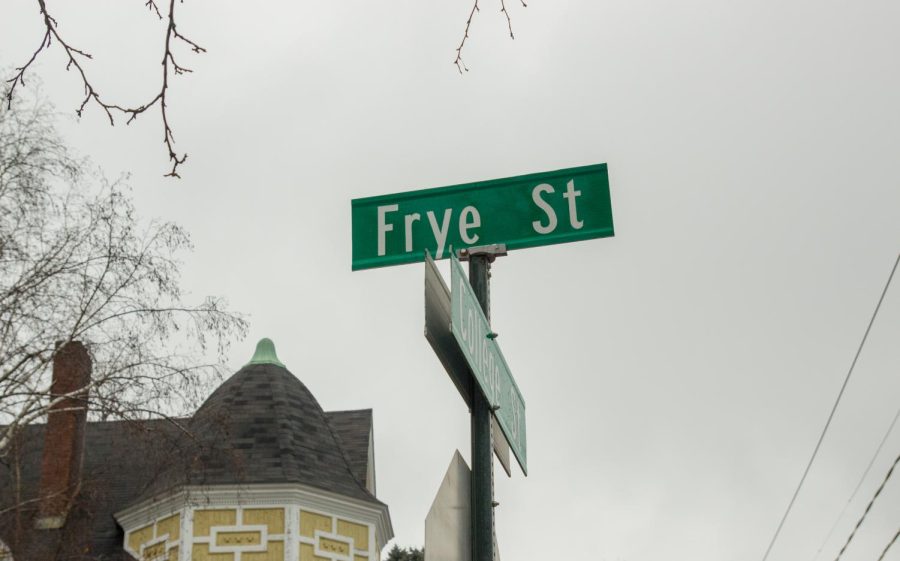 On March 3, students living in a house dormitory located on Frye Street received an email from Molly Newton, the associate dean of students for residence life & health education, notifying them of a camera found in one of the bathrooms.

The camera was found by one of the members of the custodial staff hidden in a bathroom fixture.

“The college has determined that the likely responsible party is a college employee. That individual has been placed on administrative leave pending further investigation and is prohibited from coming to campus,” said Newton.

The email affirmed that the camera contained images of a couple of students, but they were all at least covered by a towel.

The Student also confirmed with Mary Pols, the college’s spokesperson, that “The card on the device contained images of a few students… Two were identifiable and our Office of Residential Life spoke with both individually.”

One of the residents in the house (referred to as Resident One), reflected on this part of the email in particular. “This statement [made it seem] like Bates was trying to dismiss and gloss over the incident as if it makes it okay that everyone was clothed.”

The same night the camera was found, all other restrooms on campus were searched and no other recording devices were found.

Since the email on March 3, the college has been made certain that the responsible party was a college employee. “This person was immediately prohibited from campus and no longer works at Bates. Every person who comes to work at Bates must first pass a background check. The background check performed on this individual showed no issues,” Pols added.

Various resources were provided at the conclusion of the email, including the staff in Title IX & Civil Rights Compliance, Residence Life, Multifaith Chaplaincy, Campus Safety and Counseling and Psychological Services (CAPS).

The Lewiston Police Department (LPD) was notified of the incident at 3:46 p.m. the day the camera was found, Lt. Derrick St. Laurent told The Student.

“The complaint is sealed currently but our criminal investigations division is currently working on the case and there is a detective assigned,” St. Laurent said. He noted that the department believes they have recovered all of the footage.

Currently, the police are investigating who has touched or tampered with the device. St. Laurent said it is crucial that, if students or members of the Bates community find a device like this, they refrain from touching it so that the evidence can be preserved.

In addition, the detective assigned to the case is “trying to figure out if this is the first incident or if it is part of a collection of bathroom cams being distributed to those in the public,” he said.

St. Laurent added that “it sounded like Bates security had a suspect when they called,” and said that the college “does a pretty good job at code keys,” meaning when students, faculty or staff enter a building, the time they arrive is recorded.

The police believe that the recording constitutes a Class D crime, making it a misdemeanor instead of a felony. The perpetrator is expected to spend below a year in jail if they receive any time.

Resident One expressed their concern over the camera. “Personally, I felt unsafe and violated knowing that cameras were put in my home-away-from-home. While many of us share that feeling, I also feel very wary and uneasy because it feels like Bates isn’t being completely transparent with us. The way they have handled the incident has been extremely disappointing (no follow-up and little communication),” they said. “It feels like Bates is more interested in covering up a scandal than protecting their students and making sure they feel safe.”

Resident Two also added that they hoped, “our lovely custodial and maintenance staff do not get judged as a whole for one employee’s wrongful actions.”

According to Resident One, students in the house were concerned and upset that Bates wasn’t alerting houses on Frye Street. “Other houses on Frye deserve to be notified [so] they can be aware and cautious,” Resident One said. Resident Two also agreed.

Resident Two spoke on the email’s attachment of CAPS resources on the bottoms, and said it was “a nice gesture but [it] seems a bit performative. I think that most of us would appreciate a follow-up email over the CAPS recommendation as we know we can always access CAPS anyways.”

Awareness on the camera discovery in the dormitory was reiterated by Resident One. “While this event is very scary, more students should know about [the camera] to keep their eyes out for suspicious activity,” they told The Student.