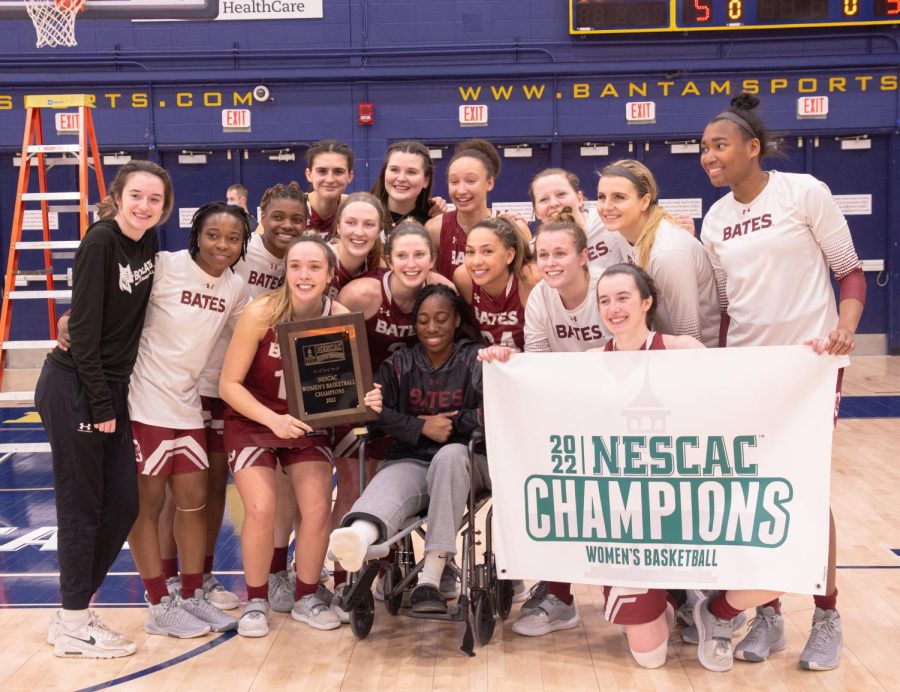 The Bates women’s basketball team beat Amherst College on Sunday to clinch their first NESCAC Championship in program history. The Bobcats never trailed the Mammoths in the game, which was played at Trinity College, winning by a final margin of 51-42.

Bates, which earned a record of 16-6, going 6-4 in the conference, was seeded no. 5 in the tournament. The Bobcats beat the no. 4 seeded Middlebury Panthers on Feb. 19 in the quarterfinals in a 87-75 victory. A week later, they played the no. 1 seeded Trinity Bantams in the semifinals, winning in a thrilling 57-55 game.

Previously, only three teams had ever won the Women’s Basketball NESCAC championship: Amherst, Bowdoin, and Tufts. Bates has also made history as the first ever team seeded below no. 3 in the tournament to win.

Bates has played Amherst, who last won the tournament in 2018, twice this season, dropping the first game 54-60 in a non-conference matchup, but returned the favor the second time in a close 52-49 game.

Bates last made the NESCAC finals in 2006, when they lost to Bowdoin.

The Bobcats dominated the entire game, at one point leading the Mammoths 40-20. They outscored Amherst during the first, second, and third quarters. Though the Amherst squad embarked on a comeback during the fourth quarter, the Bobcats were able to stave off the Mammoths, capitalizing on opportunities at the free throw line and grabbing clutch defensive rebounds.

The women will now have an automatic bid to play in the NCAA Division III Tournament.