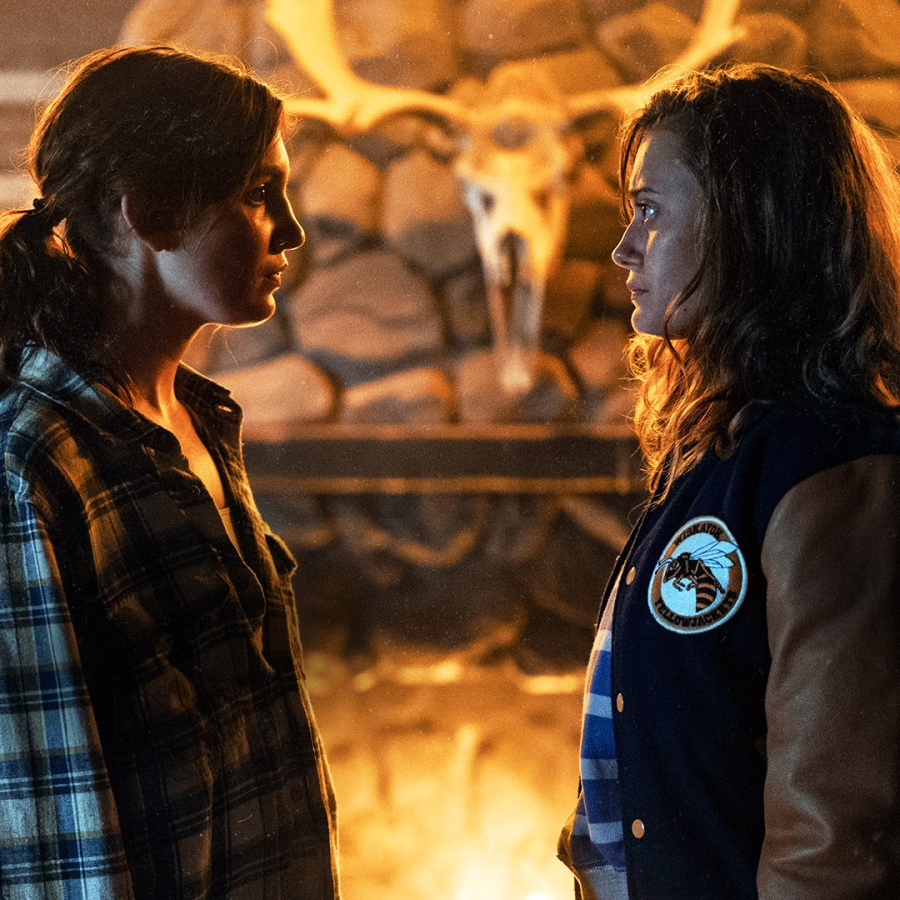 It’s been 18 years since the passengers of Oceanic Flight 815 first graced our television screens in 2004. Created by J.J. Abrams (“Star Wars: The Force Awakens”) and Damon Lindeloff (“Watchmen”), “Lost” legitimized the survival, mystery drama genre in television and reminded aspiring showrunners of the value in ensemble casts, flashback sequences and gradual storytelling. “Lost” especially demonstrated the importance of backstory in crafting characters and building suspense. Its cultural impact is evident in “Dark,” “Manifest,” “The Wilds,” and Showtime’s latest hit, “Yellowjackets.”

Initially set in 1996, “Yellowjackets” follows a New Jersey high school girls soccer team who, while flying to Seattle to compete in a national tournament, crash-land deep in the Ontario wilderness. The series chronicles the surviving players’ descent from a successful, united team into warring, cannibalistic packs. Audiences also witness flash-forwards to 2021 as the surviving members attempt to cope with and move on from the traumatic 19 months they spent untethered from societal norms.

Creators Ashley Lyle and Bart Nickerson have ambitiously amalgamated the coming-of-age, survival drama and psychological horror genres with deft precision and balance. With these high stakes come staggeringly high rewards. Somehow the series includes cultish threats, cannibalism, supernatural elements and a murder mystery without obfuscating the plot. At its core, however, lies a pulsating bass line; the group’s devolution — or evolution — into fiercely flawed and hardened individuals.

Lyle and Nickerson unflinchingly expose the permanent trauma among the surviving women and their journey toward self-actualization in an environment that demystifies societal expectations. One farcical scene, in particular, embodies this sentiment. While gardening in her backyard, Adult Shauna, played by Melanie Lynsky, kills a bunny and feeds it to her husband and daughter for dinner. When her husband asks about the meat as he delightfully enjoys its savory freshness, Adult Shauna nonchalantly answers with the truth. Lynsky’s delivery is creepily calm and unapologetic, a subtle turning point in Shauna’s characterization. Up until this point in the show, Shauna appears to be sane, quietly living a relatively normal lifestyle as a suburban housewife. As one of the first examples of the team’s desensitization to violence, the scene is a microcosm of the larger theme of the show: The struggle to balance humanity with desensitivity.

The series plays out as a female “Lord of the Flies” with a darker, far more convoluted spin. With a pilot savvily directed by powerhouse filmmaker Karyn Kusama, who’s known for her work in “The Invitation” and “Jennifer’s Body,” “Yellowjackets” begins with an uncompromising agenda and vision in a jaw-dropping opening scene — one of the best of the past decade.

Thanks to smart writing and pitch-perfect casting, Lyle and Nickerson employ the flashback feature flawlessly. Headlining “Yellowjackets” as the present-day soccer players are industry veterans Juliet Lewis (“Natural Born Killers”) as Natalie, Christina Ricci (“The Addams Family”) as Misty and Melanie Lynsky (“Heavenly Creatures”) as Shauna. Each of these actresses are known for portraying offbeat characters excellently, and they certainly don’t disappoint in “Yellowjackets.” Joining them is the highly underrated Tawny Cypress as Taissa, whose big break is exceedingly overdue.

Ricci subtly imbues humor and warmth into Misty’s disturbed tendencies — which include casually planting cameras and sabotaging cars — to humanize a character with the potential to be downright villainized in the hands of another actress. Her captivating screen presence will have you counting down the seconds until she enters the next scene.

The soundtrack is absolutely killer with a head-banging, teen-angsty main title theme, “No Return” by Craig Wedren and Anna Waronker. A mediocre showrunner might approach “Yellowjackets” with predictably eerie music, but Lyle and Nickerson know better. Their musicians embrace the dark and ludicrous, the agony and the ecstasy. These nuanced musical aspects underscore the girls’ synchronous entrapment and liberation in their remote Ontario forest.

The “Lost” comparisons are indubitable, but to simply deem “Yellowjackets” as a “Lost” revival would unfairly invalidate Ashley Lyle and Bart Nickerson’s accomplishment. In this age of widespread series cancelations, fans understandably hesitate to commit to shows before they’re renewed for future seasons. Showtime’s entertainment president, Gary Levine, announced the greenlight for a second season in December 2021, and the “Yellowjackets” team aims to premiere the show by the end of 2022.

“Yellowjackets” is an addictive ride that embraces the macabre and the freaky. As the threat of starvation and wild animals loom over our complicated main characters, power dynamics shift, plot-twists emerge and the girls soon realize that they themselves pose the biggest threat to their own survival. The series has successfully followed its genre predecessors with a new spin to illuminate the fears and identity politics of the present, delivering a sting that will surely buzz for many years to come.