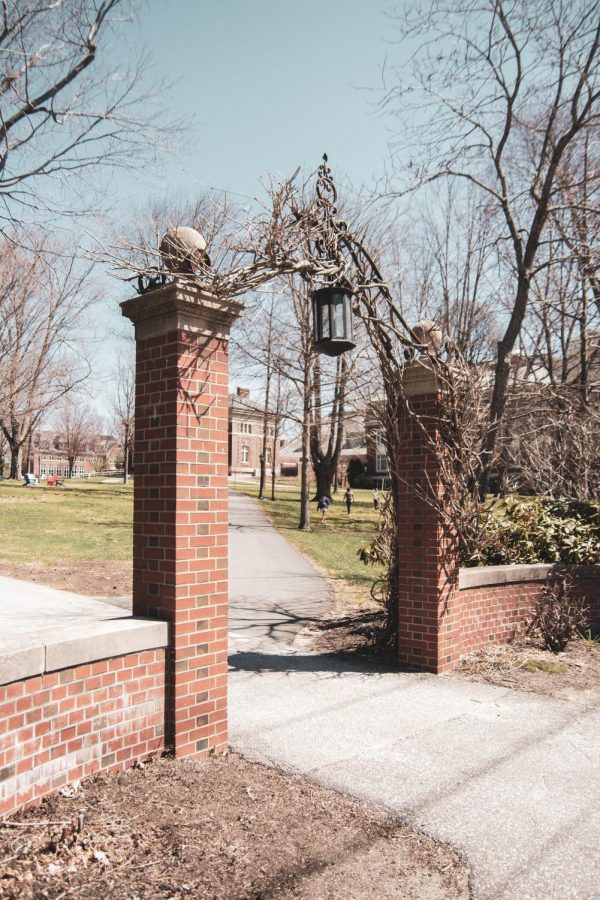 With 27% of its U.S. acceptances identifying as students of color and 11% attending as international students, the Bates Class of ’25 is the most geographically and racially diverse class in the history of the college.

Bates is currently in the middle of another college admissions cycle to choose which prospective students will join the class of ‘26. The Student decided to utilize this admissions cycle to understand the role racial and economic diversity plays when selecting a class as well as how current Bates students feel about it.

Of the 31 students who replied to a recent survey conducted by The Student, 64% felt that the college is not economically diverse. As stated on the Bates Class of ‘25 stats page, 12% of students were the first in their family to attend college. A student from the class of ’22 believed that while there are students from various economic backgrounds, the student population as a whole is not representative of the U.S. population.

“The economic make-up of students at Bates is nowhere close to being representative of the U.S.,” the student said. “Wealthy students far exceed those who come from more modest backgrounds. I do think it’s a weakness of ours [Bates College], that students who attend private schools (and have the privileged experience [that] comes from it) and can pay full amounts are given stronger consideration than students with fewer resources or opportunities.”

Vice President of Enrollment and Dean of Admission and Financial Aid Leigh Weisenburger said the college’s main priority is selecting a class that is representative of many identities, backgrounds and philosophies of thought, which includes diversity of geography, gender identity, race, generational and economic status.

Another student from the class of ’25 felt that the school still does not do enough to provide financial aid to students in need.

“The college can boast numbers all they want but ‘need based aid’ is such a loose term,” the student said. “This campus is filled with students in NEED of aid whose families struggle to pay tuition. Part of the shift in this narrative of Bates will come from the Schuler Access Initiative, which will provide $100 million to help Pell Grant, Deferred Action for Childhood Arrivals students [and] low income students to attend the college.”

A student from the class of ’22 said that there are not enough formative ways to build community among white and BIPOC students once they arrive at the college.

“I think admissions has made admitting a racially diverse class a priority. I only wish the college had better structures and programming to help students build community and bridge their differences.”

Weisenburger said that the college is not legally allowed to have quotas for how many students of a particular race, ethnicity or economic class should be admitted. But, the various admissions representatives are assigned to specific regions so that the college can focus on getting to know students and recruit in a holistic and invested way.

“I would just say that the fact that we had such great success in enrolling such a diverse class, racially, geographically, generationally has really been building. I think it’s the fact that we have switched to a lot of virtual offerings; it’s still too soon to know in terms of data analysis how much [that shifted] the applicant pool or the students who enrolled,” Weisenburger said.

Weisenburger stated that while there are students who may not have as many resources at their fingertips, they were able to engage with the college virtually during the pandemic. This unique aspect to the admissions process will hopefully make a positive impact on the future classes Bates accepts. So, while the student body is not currently as racially or economically diverse as students had hoped, there are ways in which the pandemic as well as the Schuler Access Initiative have and will continue to help diversify future classes.

A student from the class of ’23 said the school is partially diverse, but needs to work on the way they foster and appreciate diversity within the community in order to make BIPOC students feel more at home.

“We’re sort of diverse, but as a BIPOC I don’t always feel like I’m a part of the community because I don’t think as a school we emphasize/want to learn about different cultures. I sometimes feel embarrassed to be a BIPOC and I feel like I’m judged when I talk about my culture,” the student stated. “I think Bates needs to do a better job of recruiting students who want to expand their world, not shrink it. Maybe the small number of BIPOC would feel better being a minority if the white people actually wanted to understand the world from different perspectives, but that’s also why people come to liberal arts colleges so Bates needs to do a better job of asserting that aspect when it comes to ‘educating the whole.’”