Why Does FYS Matter? 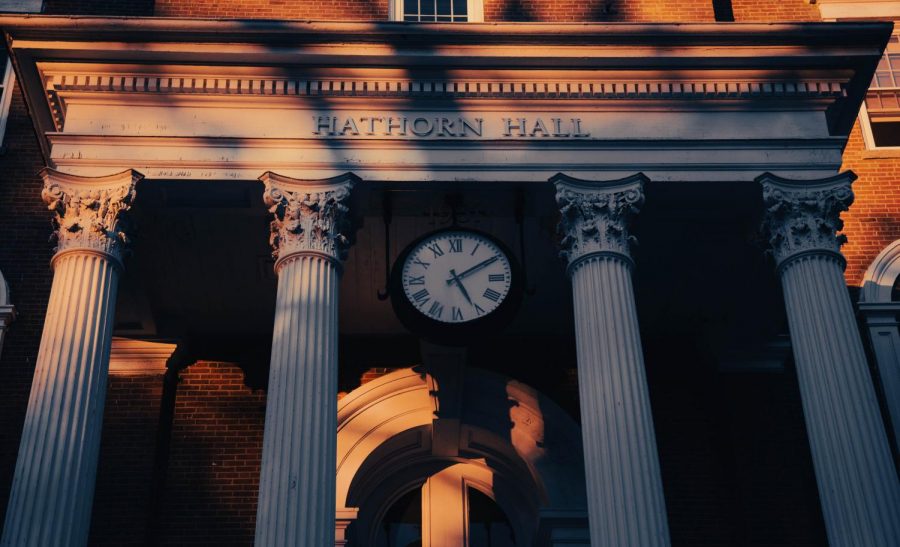 In the first class of my first year seminar, we read a chapter from “Teaching Critical Thinking” written by bell hooks. The chapter says that most students enter college classrooms “dreading thinking”, and other students assume that thinking will not be necessary because they think that all they will need to do is consume information and regurgitate it at the appropriate moments. The opposite of being afraid of thinking is critical thinking, a way of thinking, also an educational strategy, that makes those that dread thinking embrace the joy and power of thinking itself. This piece made me think: do I dread thinking? What’s wrong with thinking? Why does critical thinking matter?

Many colleges realize this “dreading thinking” problem, so they design courses for freshmen. Bates offers First Year Seminars (FYS): every student has to take one FYS in the fall semester of their first year (some courses last for a whole year). Bates students need three writing credits (W1-3) for graduation; FYS satisfies W1. The other two writing credits belong to either someone’s major or minor: W2 courses involve more complicated reading and writing in one specific area, and W3 courses train students to do research and write their senior thesis. FYS, however, might have nothing to do with the area on which a student chooses to focus in the future. What’s the purpose and impact of FYS? How does FYS function for the four years of college? Does FYS fix the problem of “dreading thinking”?

“We don’t want to teach people to simply win arguments, but we want them to think carefully about issues, and sometimes it would involve things like changing your mind about a topic.” Professor Lauren Ashwell from the philosophy department commented. She is currently teaching the FYS “Thinking and Feeling,” which touches on several areas in philosophy: logic, epistemology and philosophy of mind. “I think the FYS gives students an introduction to some skills that they are going to build on through the four years. FYS doesn’t merely teach facts. We also focus on learning skills, and particularly skills about how to research and process knowledge in a useful way—how,” Ashwell explains. It’s also not enough for someone to take a course and learn critical thinking. People need practice.

As one of the “college skills packages”, critical thinking is extremely important for a college student. For students who have at least 18 years of experience, learning is no longer sitting in the classroom and listening to the teacher but rather, constructing our cognition on our own, learning from different perspectives and becoming a positive learner.

Critical thinking as a concept originated from John Dewey in 1933 when he talked about why reflective thinking must be an educational aim. Dewey mentioned Bacon’s “Idols”—the general causes of bad thinking—in his book How We Think. Four spectral forms would allure the mind into false paths: (a) the tribe, (b) the marketplace, (c) the cave or den, and (d) the theatre; or, less metaphorically, (a) standing erroneous methods (or at least temptations to error) that have their roots in human nature generally, (b) those that come from intercourse and language, (c) those that are due to causes peculiar to a specific individual, and finally, (d) those that have their sources in the fashion or general current of a period.

In the first 18 years of their lives, people depend too much on their family and teachers, those experienced senior people. However, at the age of 18, the time we leave home and become independent adults, we have to choose lives on our own. Thus, independent and powerful thinking became extremely important. We have to discern “tribe, market, cave, and theatre”: who should we believe? What should we insist on? Thinking decides one’s cognition and value. Thus, teaching youngsters who are at the crossroads how to think is important as well: this is the purpose of the FYS.

While first year seminars introduce freshmen to critical thinking and college education,  they also inspire the student to choose which area they want to focus on. “More than half of my classmates, which also include me, choose to major in English because of that class,” Mark Su ’21 recalled. As a literature enthusiast, he took an FYS titled “Shaking It Out: Writing and Critiquing Personal Narratives” with Professor Jessica Anthony from the English department in his first year at Bates. “We read a lot of short stories but also learned how to write,” Su explained. “How” is always more important than “what” in FYS. This year, Su is also the teaching assistant of an FYS titled “Noise and Silence,” and most students choose this course by coincidence rather than interest in music. “I chose not to major in politics after I took my FYS Holocaust on Stage. I found politics was different from what I thought,” Scarlett Wang ’23 said. “If we have to define FYS, I think it would be an introductory course to four-year studies at Bates,” she added.