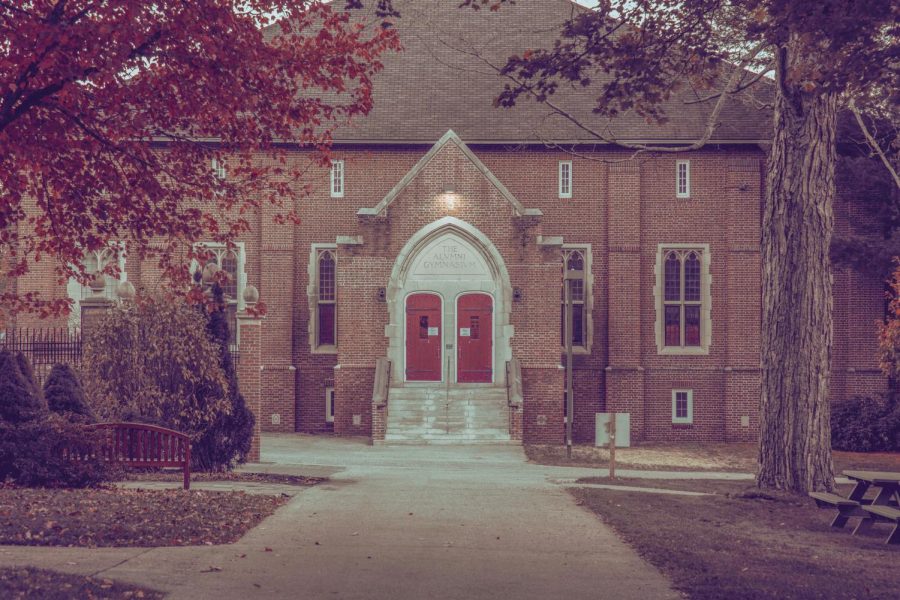 In an email to students, faculty, and staff on Wednesday, Nov. 10, Vice President for Campus Life Joshua McIntosh and Vice President for Finance and Administration Geoff Swift announced new guidelines for masking on campus, including an update allowing student athletes to practice without masks in indoor spaces.

McIntosh wrote that “at the discretion of the head coach, students and coaches actively participating in practice or competition in indoor athletic events (i.e. on the court) may be unmasked during practice and competition, but will remain masked at all other times (i.e. on the sidelines).”

He clarified that masks “must be worn all other times” in athletic facilities.

According to McIntosh, the only instances where athletes can practice without masks are formal workouts with a coach present, meaning unofficial captain’s practices must remain masked.

“Coach’s discretion means that practices will be allowed to be unmasked but that under certain circumstances, and in conjunction with the sports medicine team, there may be times where masking will be called for,” he told The Student. “Team lifts and official workouts with the Strength and Conditioning coach are considered practices for the purposes of the masking policy.”

They added that the flexibility “only applies when there are exclusively teammates engaged in these activities, not when they are sharing space with general users of the fitness facilities.”

Alice Cockerham ’23, a sprinter on the track and field team, is enthusiastic about the new masking policy for athletes.

“It is very challenging to run with a mask, because it makes it much harder to catch your breath during and after reps,” she said. “My coach had to modify our times to account for mask-wearing. I remember a lot of people getting physically sick after and during reps because they just couldn’t get enough air.”

When she and her teammates participated in their first maskless practice of the season, Cockerham said “everyone was so thankful and excited.”

For Jairaj Singh ’23, being able to practice maskless is a huge help. He’s on the squash team, and said it can be hard to wear a mask while wearing his protective eyewear.

“Our sport requires us to wear protective glasses and the mask creates fog on the lenses which makes it basically impossible to see,” he said. “There is no ventilation through the mouth or nose and squash is a very high-intensity sport and no ventilation definitely hinders performance.”

Cockerham also described the difficulties that working out with a mask had on her body.

“Running with a mask on feels like you aren’t able to get enough oxygen which is normally how you would feel running without one, so it worsens that feeling,” she said. “It causes difficulty breathing, and when you’re sprinting or doing intensive work, your body is unable to keep up.”

Singh shared that he was “so thrilled to finally train without a mask on.”

He added, “I was waiting for this news for the longest time. I can finally train with full intensity and not hold back because training with a mask on definitely has negative impacts on your body.”