The Top 10 Over and Underrated Items in Commons 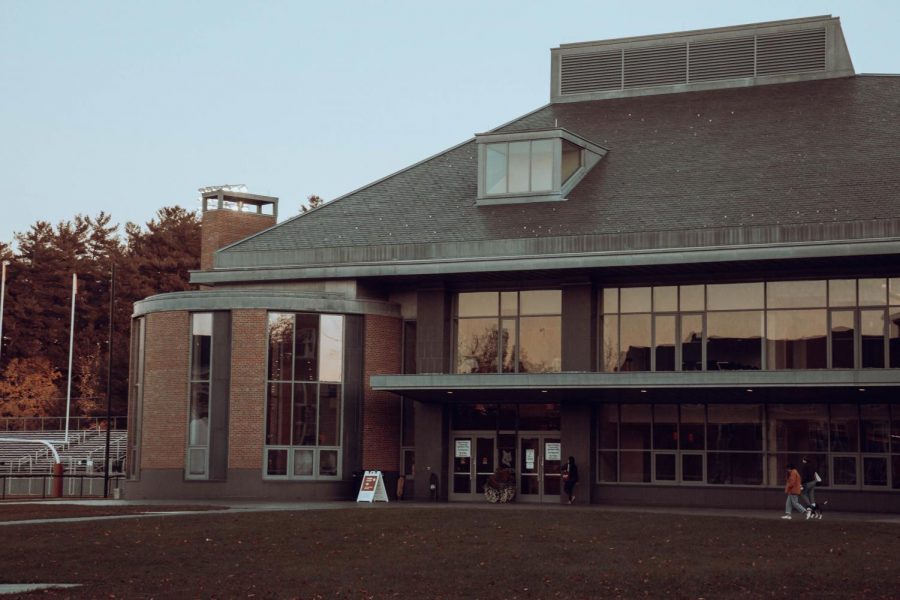 The Bates Student spoke with the administration, BESO Organizing Committee, and union-eligible employees to learn more about their positions on the labor organizing.

Commons is as full of hits as it is full of misses. We all know what’s good. Chicken nuggets. Vegan Pad Thai. Sundae Sunday. But everyone can use some more stuff to be excited about. Venture out of your chicken nugget zone! And maybe learn some stuff to avoid.

DISCLAIMER: This is in no way a critique toward Commons workers, all the hard work they do to feed us or their job skills. If I critique the manner in which they prepare food, this is not a critique of them or their own cooking skills, it is a critique of the manner in which they are instructed to prepare food. If I say the egg sandwiches at Dunkin’ Donuts are gross, I’m not saying the Dunkin’ workers are bad at their job, I’m saying it’s weird that they have to steam eggs in a strange contraption. You guys are great, and I appreciate each and every one of you, but I just do not understand why you seran wrap hot scrambled eggs.

I’m ready for the wrath and I don’t care. These taste like sawdust with corn in them. And when I say that, people act like I’ve shot the president or something. They don’t taste good. And plenty of vegan stuff is good, I’m not just ragging on vegans (tempting as that may be). I am totally open to meat substitutes and whatever new stuff scientists can cook up, but we can collectively do much better than this.

I feel like we rarely get dill chicken, but it’s by far the best chicken offered to the student body. It’s crispy on the outside, moist on the inside and it’s actually seasoned (which is far too much of a rarity). Seriously, take the dill chicken, find a bun, put said chicken between said bun with sriracha mayo and some pickles and you’ll thank me later.

Overrated: All Eggs That Don’t Go From Brad to Plate

No shade here to Brad, my wholesome over-easy king. But every day I see this line for the scrambled eggs, and every day I find myself constantly baffled. Never in my wildest dreams did I imagine that I could describe an egg as chewy, and yet here I stand telling you that these eggs are, in fact, chewy.

And Brad, once again, my wholesome king, always cooks them perfectly. I watch him cook them perfectly, and then I see them get taken, put into a giant trough, wrapped in seran wrap and they put them on a steam shelf, turning them into some kind of perverse quiche. It’s a crime, a crime against eggs and a crime against Brad.

This is my hottest take. Strawberry daiquiri cake? Honestly, I just grabbed it once because I really wanted cake and didn’t care what kind it was. What I found was the softest, fluffiest and moistest cake that Commons has to offer. The flavor is great; the cake is always perfect. Whoever makes the strawberry cake, you deserve a raise. A giant raise.

The way Commons makes pasta is something I genuinely consider an affront to my ancestry. I understand there are difficulties with mass preparation that make it difficult to produce a high-quality product. I really do. But it’s mushy, overcooked, mealy and they clearly don’t salt the water. How expensive is salt, by the way, that the good patrons of Commons are consistently robbed of its presence? Y’all need a new salt guy. May I suggest undercooking it from the get-go, so that when it does steam in the serving trays, it doesn’t turn into mush? It’s just a thought.

Anyway, avoid it at all costs.

Ok, is it awesome? No. Have I had better chicken fried steak in my life? Absolutely, no question. But you know what? It’s well-cooked, it’s seasoned and it’s a warm hearty type of meal in the bleak arctic wasteland we all collectively decided to live in for four years.

I said what I said. I’m not taking this back. You can yell at me all you want. The chicken fritters suck. They’re so dry. Try and prove me wrong. Eat a chicken fritter, no drink, all at once, look me in the eyes and tell me that’s moist chicken. Do it, I dare you.

Not all the soups, let’s not go crazy, but some of them? Not bad dude. That potato bacon soup? Slaps. That pumpkin thingy? Kinda hits. I’m not a huge soup guy, but if you take all the food in Commons and you go, “Okay, what’s the closest thing in Commons to say, restaurant or home quality?” The answer is soup.

(Side Note: The Oregano Dispenser

This has nothing to do with this article except for the Commons connection, but have you looked at the oregano dispenser on the spice rack? I’m not even gonna describe it, I just want you to look at it. Look at it and just remain unbelievably perplexed as to how anyone thought you could get oregano out of that. It’s like a practical joke or something.)

What the hell is wrong with you people? I don’t know how it’s survived to present-day Bates, but since my freshman year, there has been this very strange cult of people who enjoy this grape and gorgonzola pizza they serve. This is what a cult looks like. Everyone should be concerned. You’re worried about COVID-19 while there’s a literal GRAPE AND CHEESE PIZZA being served, and people are ENTHUSIASTICALLY eating it, as if it’s some kind of special treat? This is disturbing behavior. I don’t trust this behavior, and I don’t trust anyone who’s taken a bite of grape pizza and thought, “Yum.” That’s serial killer behavior. If I met somebody just on the street and they said, “Hey man, I skin cats for fun,” I would be less disturbed by that than I am by your Mr. Potato Head-looking pizza. Jon Stewart once said, “They say there’s no such thing as bad sex or bad pizza, and your pizza is like sex with a corpse made of sandpaper.” I like to think he was discussing this pizza.