A Series of Study Abroad Features 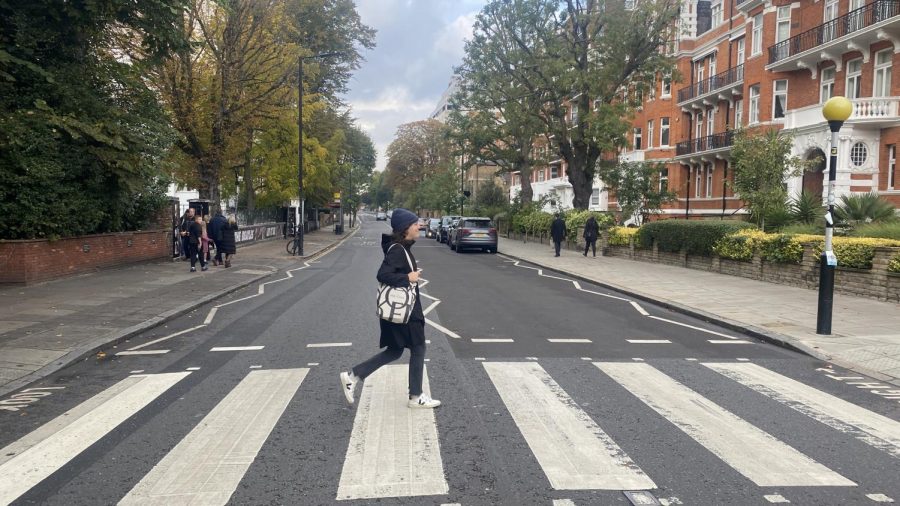 Studying at King's College, Ali noted that university in the UK grants much more independence to its students.

Among colleges in the United States, Bates ranks highly for the number of students it sends to other countries. According to the college’s website, about 70% of students receive credit for some sort of off-campus study, which is a powerful tool to “enhance a student’s academic career and personal development.”

This semester, 133 students are studying abroad in 20 countries, according to Darren Gallant. The Student reached out to five of them, who are taking classes everywhere from the University of Oxford in England to Yonsei University in South Korea, to better understand the life of a Bobcat abroad. The following profiles are edited and condensed from interviews with the students.

Pike is a junior at Bates, where she is double-majoring in rhetoric, film, and screen studies, and Hispanic studies. Originally from Virginia, she is studying this semester in Madrid.

Tell us a little bit about your program!

“I’m studying abroad with an agency called IES [the Institute for the International Education of Students], and it’s been awesome! IES has a bunch of programs and a bunch of different places. I’m in the Madrid one, specifically in the language and area studies program … As for classes, I am taking contemporary Spanish and Latin American Writers, contemporary Spanish film, Spanish cultural and literature myths, and the Spanish Civil War in film and literature.”

Is it difficult studying abroad in a country that doesn’t speak your native language? Why did you decide to do that?

“Being in a place where you’re not a native speaker of the language is really hard sometimes. But it’s incredibly rewarding, being able to talk to someone in their native tongue that’s not yours. Being able to get your point across, being able to share a memory or share a moment or connect in some way through the power of language, I think that’s so amazing. I love language!”

“Go all in. You’re going to meet amazing people, you’re going to see amazing things. It’s literally an experience like no other. It’s really easy to find yourself when you study abroad, because you’re placed in an environment that you’re not comfortable with. You really have no outside influences anymore; it’s just you. You really get to see your true self and develop with yourself and love yourself and carry yourself in this new land, with this new language and culture. I just think that’s so cool. I cannot recommend it enough; it was one of the best decisions I’ve made.”

Ali Manning is a junior at Bates who is double-majoring in rhetoric and politics and double-minoring in anthropology and student art. Originally from Australia, Manning is getting a double-dose of international experience during her college career in England this semester.

Tell us a little bit about your program! Where and what are you studying?

How does the U.K. university culture differ from the U.S.?

“I think that they treat you like an adult a lot more here. They grant students the dignity of thinking that we have the ability to look after ourselves. We don’t have campus security. We cook for ourselves. It’s very much do it yourself.”

Do you have a favorite moment or experience so far?

“This may sound completely trivial. But my favorite thing is that there’s a massive culture of, after class, you go out to a pub and just get a pint, and you have conversations with so many people. And you’re like, oh, let me get your number, we’ll text. But you know you’ll never text. Everyone just wants to have a fleeting conversation and everyone’s okay with it. That’s my favorite thing.”

“Do it, do it, do it! Make use of the resources that you have on campus. Bates wants to help you!”

A junior from Portland, Maine, Hassan is studying this semester in Seoul, South Korea. At Bates, she majors in politics and history, and is considering a career in law.

Tell us a bit about your trip! Where are you studying and what classes are you taking?

“I’m studying at Yonsei University, which is the top university in Korea, with a program called CIEE. Classes are very different from at Bates; here, most of them have 60 or 70 students. My favorite class currently is about Korean cinema. Every week, I watch a different Korean cinema that has affected Korean society and reflects the growth of Korea. I’m also learning about Korean history and interactions between Japan and China and how they’ve been connected for centuries.”

What are some cultural differences between Korea and the United States?

“How collaborative society is! For instance, in the U.S., you order food for yourself. Here, food is served in really big portions because you’re meant to share it with other people. People have more of an emphasis on being with the community and helping somebody out. Also, people are really eager to help if you’re confused. I’ve never really gotten weird looks for being a foreigner; everyone’s really nice.”

What’s it like studying abroad in a country that doesn’t primarily speak English?

“Seoul is really English-accommodating, but no one’s going to really be speaking English to you. You have to really make an effort. It is very, very difficult; you have to really learn a language that’s just totally different from English. But my Korean intensive class has really been helping, and it’s the reason I’m able to thrive here! My language is really improving. Honestly, it’s really worth it. Getting out of your comfort zone is always worth it. Being abroad, you see all types of people from all over the world, and that’s very beautiful.”

Wong is a junior at Bates and a double-major in philosophy and economics. He is originally from Macao and is spending this semester at the University of Oxford in England.

What classes are you taking this semester? How are they going?

“This semester, the primary tutorial I’m taking is metaphysics, which is basically, ‘What is the world?’ The other tutorial I’m taking is epistemology, which is, ‘How do we know the things we know about the world?’ … At Oxford, you have one-on-one sessions with your professors. Your professor gives you a list of things they want you to read, and then you write an essay. During your tutorial, you read the essay out loud to your professor, your professor critiques the essay, and you have a discussion about the essay. The tutorial system is supplemented by lectures, which are big classes, like 80 to 100 students.”

What perfect day would you plan for someone visiting England?

“In the morning, I would probably go lighter for an English breakfast. Around 10 minutes from where I live, there’s the oldest coffee shop in Europe. Then I would probably just walk around Oxford and see all the cool medieval buildings, especially if you’re a Harry Potter fan! And you have to hit one of the pubs in England for the full experience.”

Pfeiffer is a double-major in Spanish and history who is originally from Maryland. This semester, he is studying in Cordoba in the south of Spain.

Tell us about your program!

“I’m studying abroad with PRESCHO, an immersion program. I take two classes with PRESCHO and two at the University of Cordoba. With PRESCHO, I have immigration and human rights and archaeology. And I have two more classes at the university. It’s different from Bates: we have two hours of theory, like lectures, and one hour of practice, which is like a lab. It’s all in Spanish!”

Why did you pick Spain?

“The history is incredible! The country’s history goes back to the time of Ancient Rome, and the archaeology and architecture is amazing. I’m considering writing my thesis on Spanish history! There’s also a huge amount of cultural mixing, both historically with the synthesis of the Roman and Arabic worlds, and today.”

“Go for it! You’ll make unforgettable lifelong memories and it will expand your experience of what it means to be human.”

For students considering studying abroad, Bates lists over 200 approved programs on the Center for Global Education website. Deadlines vary. Students can view course evaluations from previous students who have completed the program; additionally, many of the students featured in this profile have indicated that they are available to discuss their experiences in more depth with students considering studying abroad.