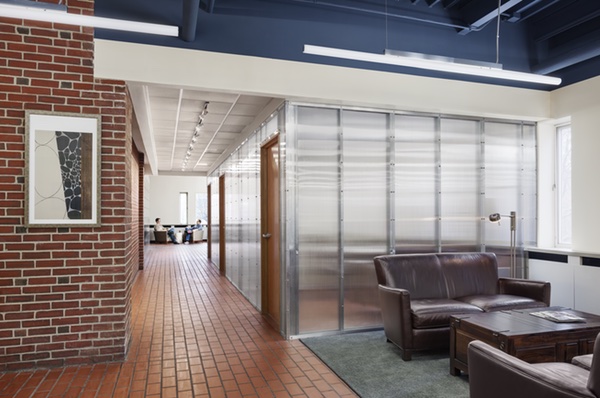 The Office of Equity and Inclusion (OIE) is billed as a quintessential part of the Bates experience for many students, aiming, according to their mission statement, to “provide students with a sense of belonging in their social and intellectual communities.”

Some students, who frequent OIE programming and are members of the Bobcat First program, sat down with The Student about issues they’ve seen with the OIE and its staff members.

After a significant amount of employee turnover within the OIE since the beginning of the COVID-19 pandemic and beyond, many are asking questions about the causes of these departures.

Notably, De Los Santos did not leave Bates but was promoted to work in the Bates Advancement Office to serve as the director of alumni & parent equity and inclusion programs. However, this promotion did result in her vacating her former role as associate dean of the OIE.

Samuel Jean-Francois ’23 speculated that “there is something insidious happening behind [the OIE’s] doors” that students don’t know about.

“To be frank, transparency just isn’t there,” Jean-Francois said. “Nobody is leaving because of the students. People continue to leave because of what’s happening within the back[ground] noise of academia. It comes from the fact that the OIE was never meant to be a functional system.”

The Multicultural Center was dismantled in 2010 by then-President Elaine Tuttle Hansen; the OIE was opened in its place and is located in a quiet corner of Chase Hall.

“If Bates wants answers as to why the OIE keeps falling apart, they just need to look in the mirror; it’s them,” Jean-Francois continued. “Anti-Blackness is so woven into this institution, that to attempt to convert it into systems of equity is just never going to work unless you actually address the root cause. And that’s the fact that white supremacy still very much dictates academia, and still very much dictates how Bates operates.”

The vice president for campus life and current head of the OIE, Josh McIntosh, acknowledged the staffing turnover, but told The Student, “We have been fortunate that staff members like Tonya Bailey-Curry have taken on additional responsibilities this year, and brought her generosity and energies into programming.”

Bailey-Curry is the current director of special projects at the OIE and is also the coordinator for the Bobcat First program.

The Bobcat First program is housed within the OIE and aims to “foster a greater sense of well-being, belonging, and self-empowerment among first generation to college students,” according to its program description.

According to McIntosh, the search for an assistant dean of the OIE is underway after Tevis Bryant, the former assistant dean, left last year.

“Bobcat First is [of] the utmost importance to Bates,” McIntosh affirmed. “The feedback we’ve received over the years from our first-generation students has informed how we welcome students to Bates, and beyond that, support them as they navigate their four years at the college.”

McIntosh also found it important to point out that supporting first-generation students at Bates does not fall on the OIE or Bobcat First program alone. “This is collective work, requiring each office and academic department to consider how their programs, services, or curriculum are set-up to support the success of our first generation student community,” he said.

Rachel Retana ‘22 has her own postulations for the high faculty turnover in the OIE. She discussed how the space has evolved over time and the fact that new OIE staff members are tasked with huge responsibilities when they take on a position — some that might not be foreseen.

“We’re bringing really qualified people into these positions, but it’s a broken space,” said Retana, who now works as a Bobcat First workshop developer in the OIE. “We expect them to be able to fix that and fix the internal problems while also doing their job. They’re completely capable of creating great relationships with students, but we’re bringing them into this space and expecting them to fix more than five-plus years of damage — while also being an actual advisor and support system for students.”

“I think the lack of transition is pretty strong, impacting overall success of staff,” Retana continued. “They are also not getting support from the admin. It’s very isolating and defeating. We’re asking people from all over the country to move to Lewiston, Maine, expecting them to thrive and to be okay and to build a family here, and I don’t think any of them can be prepared for that until they get here.”

Retana recalls how the OIE was extremely successful in her first year, from 2018 to 2019. The staff were extremely helpful and involved with student life and student support. She remembers the whole team: Charlene Holmes, Natalie Bornstein and Julisa De Los Santos.

Come sophomore year, around a month or so into the year, there was “a lot of turnover.”

“Of course, there was a lot of turnover prior to even my arrival,” Retana said. “The juniors and seniors told me [my] freshman year, ‘This is normal. We’ve seen this before. This isn’t new to us.’ So this was definitely something that was going on before I got here. That’s when I noticed the consistency of turnover.”

Esme Alfaro, a member of the Bobcat First program from the class of ‘24, had a different experience than many past members due to COVID-19. “From what I know, there wasn’t any group bonding.”

In non-pandemic years, the Bobcat First program allows first-generation students to come to Bates a week early and spend time with the other members of their class year. For Alfaro and the Bobcat First members of the class of ‘24, there were a few Zoom meetings at the beginning of the year, but the program mostly became a resource hub. They were assisted when applying for on-campus jobs as well as given financial support for books and plane tickets.

Alfaro met with her former Bobcat First advisor once at the beginning of her first year. “I didn’t really have to meet with her, but at least I knew one face compared to whoever I have now. The original one made a lot of effort to contact us,” Alfaro said.

During the 2020-2021 academic year, Alfaro’s Bobcat First advisor left Bates. Members of the Bobcat First Resource Representatives — a group of Bobcat First members who hold positions in the Academic Resource Commons (ARC) — were spoken to by the former student support coordinator for Writing at Bates and the ARC, Eric Dyer.

Dyer told them there were going to be a lot of people leaving Bates, explaining that it is hard to be in Maine and it is even harder for a person of color to be in Maine.

“Although [Dyer] is not a person of color, he was very understanding and would listen to our struggles navigating college as a group, who is historically underrepresented at college institutions,” said Alfaro. “He LAMP- [Leadership and Academic Mentorship Program] trained the Bobcat First Resource Representatives, and during that time, we would talk about major events that happened, which led to honesty about the real struggles people of color go through.”

Dyer has also since left Bates.

As Retana previously mentioned, there have been many Bobcat First success stories. Current roommates and Bobcat First members Christina Maldonado ‘23 and Jillian Richardson ‘23 met each other during their first week at Bates as part of the program.

“I think that [Bobcat First] was a great way to begin to come out of my shell and learn how to socialize in a new college setting. It was great to be able to make connections with peers in a safe and welcoming environment!” Richardson told The Student. “I’m so thankful that I met Christina … Having her around since day one has been such a great support and brings me peace knowing that we’re in this together.”

Maldonado also reflected on her experience over the years with the Bobcat First program. Although the program did “a great job with building community,” she has also been affected by the faculty turnover rate in the OIE. “The same people I built my connections and college experience with in my first year are not here anymore. The people I tried to build connections with in my second year are also not here anymore and at this point it’s hard to find a sense of community, for me, in the OIE.”

While equity and inclusion are two key parts of the college’s mission, according to Jean-Francois, this might be more of a goal at the moment than a reality.

“The admin cares about anti-racism and all of these buzzwords, when it makes Bates look bad,” Jean-Francois said. “That’s when they care. For them, as long as white students are appeased, and students of color are being silenced, they’re more than happy. And that’s what this institution runs on. It was never designed to be a space that made us feel empowered or happy. Which is why we’re constantly having to fight for structures that allow us to just chiefly exist as students.”

“Not having enough Black students is equally as problematic as the Black students you have leaving here and feeling drained,” Jean-Francois added. “Students shouldn’t be leaving here at 22 feeling as if they have no energy to even pursue the amazing futures that said degrees are supposed to bring them.”

Retana argued that people in the OIE should be provided with adequate resources to navigate the difficulties of the position, which include being tasked with supporting students amidst an unstable environment. In addition, Retana expressed that the administration needs to facilitate more hires, saying, “All of the positions that are currently being pushed off need to be considered emergency hires.”

Alfaro also proposed that since some COVID-19 regulations have been lifted, the OIE should hold opportunities for the Bobcat First members from the class of ‘24 to get to know one another.

Jean-Francois suggested how students themselves can improve the racial climate.

“It means white students showing up beyond MLK day,” Jean-Francois said. “It means students doing the work on their own, and being like, ‘You know what? I want to learn more about how I can engage in new practices. I can’t change the fact that I benefit from anti-racism as a white person, but I can change the way that I interact with race.’ From there, it’s reading articles and watching videos. Not relying on students of color to guide and coach you into race.”

According to Bailey-Curry, the future of the Bobcat First program is looking bright. There will be several academic and extracurricular opportunities provided next semester for students to engage in and lead.

Meanwhile, the OIE is implementing a new program called B1st2Swim, which is a collaborative program with Bates Aquatics aimed to provide basic water safety skills and tools to become confident in the water. In addition, the OIE’s four BFirst fellows and 16 peer mentors will continue serving members of the first-generation community.

“We are actively listening to what students are articulating as their hopes for the program,” Bailey-Curry said. “In response, we are creating and implementing programs that attend to their interests.”