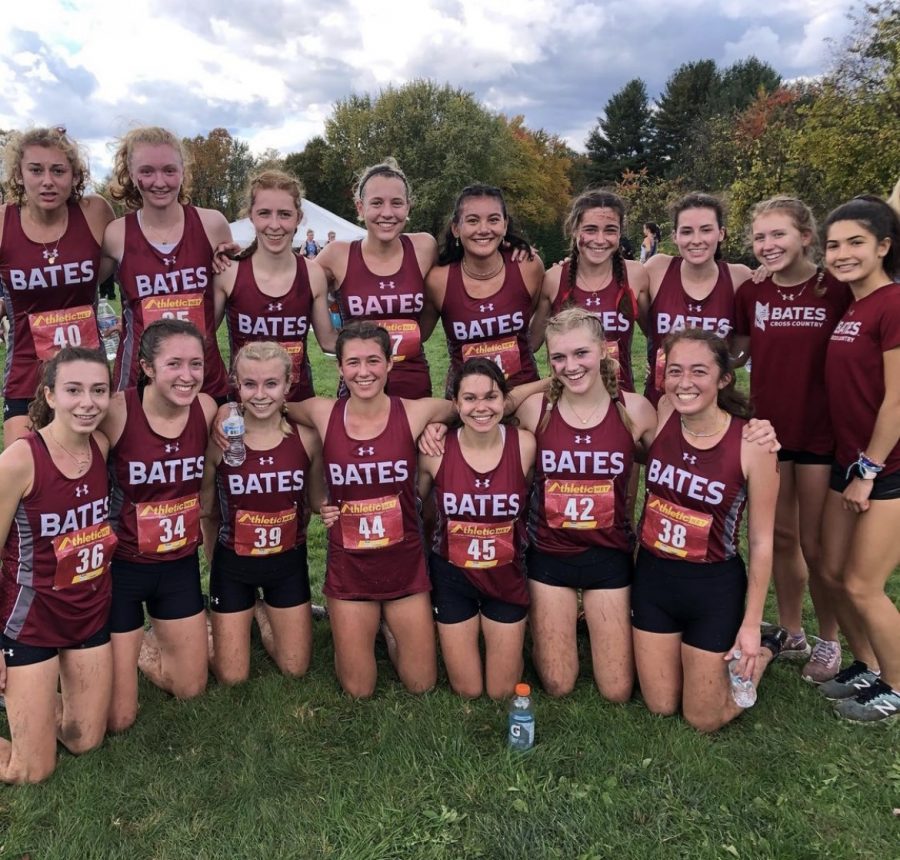 When Mary Corcoran was a first year on the women’s cross country team, a senior runner told her the importance of “holding the rope.” The idea, she explained, was that everyone on the team, no matter their role, had the ability to pull the whole team up. That motto, which has been passed down for years, rings especially true this season.

Corcoran is one of the captains of the team, which has enjoyed a remarkably successful season–this year, there have only been two races where they did not come out on top.

On Sunday, 15 of the top runners on the team traveled to Manchester, Connecticut, to race in the NESCAC championships. The team placed fourth out of the 11 participating teams, with junior Jillian Richardson finishing in sixth place overall.

The team finished with 94 team points; just one point behind Middlebury. Tufts came in third with 68 points, and Williams won the day’s race with 65 points.

When the team started practicing in August, Head Coach Jay Hartshorn didn’t think about the levels of success they would come to achieve.

“It’s usually not something I spend a lot of time thinking about during the summers, because there’s so many factors involved,” she said. “I felt like we had the basis of a good team, and we’ll just kind of see how it falls together.”

Senior captain Tara Ellard, who placed 16th on Sunday’s race, said she has felt that everyone on the team has done a good job at “holding the rope.”

“I think we had a lot of girls coming back from past seasons that we knew would have very competitive races and would run well for our team,” she said. “But I think it was a fun surprise that there [were] a lot of people who stepped it up this season, who we weren’t expecting to, or even just like freshmen who came in and who have really helped our team in terms of scoring.”

One first year who has especially stood out is Olivia Reynolds, who climbed up the rankings on the team, now usually ending up as one of the top five finishers on the Bates squad. On Sunday, Reynolds was the fourth first year to finish the race, placing 24th.

“Having such positive energy on the team is definitely motivating,” she said. “I’ve never really been surrounded by a team who cares so much about it, and also being surrounded by so many really strong runners has definitely changed my mentality a lot.”

Reynolds, along with the other runners who raced on Sunday, didn’t see a huge change in training, which was on purpose according to Hartshorn.

“We try to keep it pretty similar every year,” she said. “So like, once you’re on the team for a couple years, you really notice a pretty consistent flow. And that really helps with thinking, ‘okay, this is NESCAC week and this is what to expect.”

That consistency is one of the team’s secret weapons, Corcoran believes.

“I feel like our kind of strength is being consistent throughout the season,” she said. “I feel like other teams go out super hard in the beginning of the season and sometimes you see those teams just kind of fall off, either because they’re overtrained or people can’t sustain it.”

Besides the consistency in training, captains Corcoran and Ellard, as well as Hartshorn, remarked on the tremendous depth in the team this year.

“We had a lot of girls coming back from past seasons that we knew would have very competitive races and would run well for our team,” Ellard said. “But it was a fun surprise that there were a lot of people who stepped it up this season we weren’t expecting to, or even just freshmen who came in and who have really helped our team in terms of scoring.”

Hartshorn told The Student that the team has “never had this level of depth,” and said it was difficult to make the decision of who was running in the NESCAC race.

“It’s always felt pretty easy to make decisions, but we have people who aren’t running NESCAC that are at a way higher level than we’ve ever had for people not running NESCAC,” she said. “So that’s actually really, really fun. It’s really fun to coach, it’s fun for training.”

Hartshorn said her goals for Sunday’s race were to beat or at least “be running with” teams like Middlebury and Amherst. In the end, the Bates squad lost to Middlebury by one point and beat Amherst.

Looking forward, the team will race at NCAA East Regionals on November 13 in Boston. The women hope to continue their success to make it to Nationals, which captains Corcoran and Ellard think will happen if members of the team keep supporting one another and continue to “hold the rope.”

“Leadership comes from everyone, we can’t do it alone,” Ellard said. “Everyone has a role on this team, everyone affects the team and everyone works together to make it what we need it to be.”