Bates Named as the Fourth-Highest Voter Turnout School in the U.S. 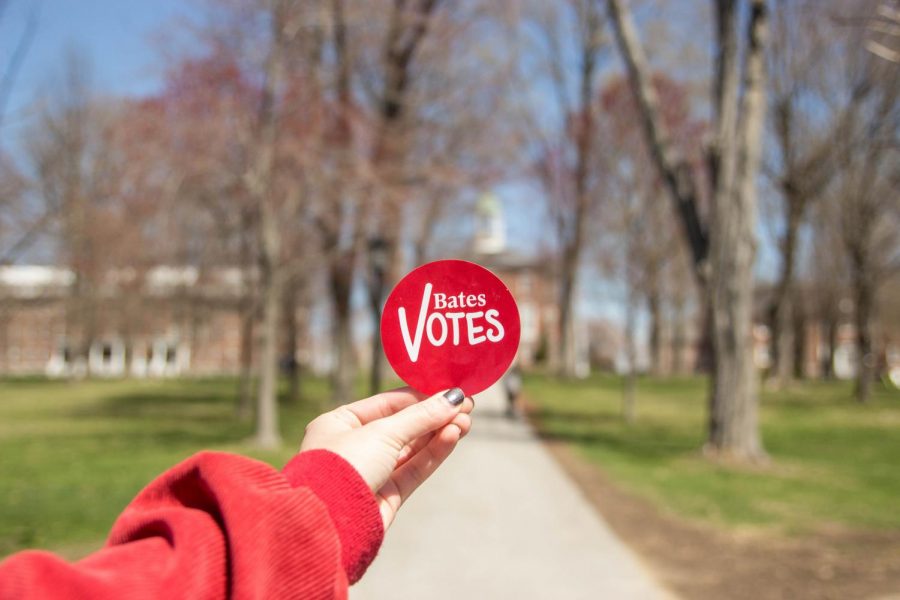 In an election, which, according to the U.S. Census Bureau, saw the greatest voter turnout since 1992, the 2020 presidential election was certainly not short of activists across both sides of the aisle working to get out the vote. From the birth of The Lincoln Project, a Republican organization that ran biting ads against former President Donald Trump, to When We All Vote, a non-partisan organization founded by Michelle Obama to increase voter participation, the mobilization to reach new voters reached a feverish pitch not seen in decades.

Bates is no exception. On campus, last year’s bi-partisan efforts to ensure students’ voices were heard can confidently be attributed to one group in particular: Bates Votes. Spearheaded by Amalia Herren-Lage and Ashka Jhaveri ‘22 and supervised by Peggy Rotundo, former Director of Strategic and Policy Initiatives at the Harward Center, Bates Votes worked tirelessly to increase voter turnout on campus. Between Herren-Lage and Jhaveri, they visited around three dozen classes to register and educate Bates students on the importance of the upcoming election.

Last year, their ambitious goal was to register 95% of the eligible student body. Bates’ student turnout usually holds steady at around 70%.

The recently released National Study of Learning, Voting, and Engagement (NSLVE) report from the Institute for Democracy and Higher Education (October 2021) depicts a 7.3% increase in voter turnout at Bates from 2016. In 2020, 84.9% of eligible students voted at Bates. Compared to the national average of 66% from schools partaking in the NSLVE’s research, Bates students showed up strong.

The Washington Monthly magazine recently published that Bates broke the top 15 list of schools nationwide for voter turnout, coming in fourth place. While this national recognition is clearly a testament to Herren-Lage and Jhaveri’s efforts, it is their hope that the visibility and publicity of this standing will serve as a building block for incoming students.

“Maybe [these statistics are] a new factor to consider when looking at colleges,” said Jhaveri when asked about what the recognition meant to her. “I think ethics on voter engagement, how widespread the effort is, who it involves, whether or not it interacts with the community, and who it benefits at the end of the day are really cool to think about when looking at a college and thinking about its culture. I’m hoping that not just the statistics but the report, other articles, etc. are going to help incoming students immediately be attracted to the college.”

Last year’s efforts, however, were not without challenges. Pursuing this sort of non-partisan work even in a normal year would be difficult enough. Achieving the feats reached last year amid a pandemic will definitely be considered a triumphant achievement Herren-Lage and Jhaveri will remember.

Tallying these votes at the ballot box demonstrates the unprecedented adaptability of the campus last year.

From a logistical perspective, Bates Votes was not only faced with the challenge of registering voters but also providing guidance for navigating the complicated mail-in voting process during the pandemic.

“Without a doubt, our number one concern was everyone’s health on campus,” Herren-Lage told The Student.

Pivoting on social media when COVID-19 restricted otherwise regular interaction with her classmates, Jhaveri created a “Why We Vote” series focusing on the true motivation behind students’ democratic participation decisions.

This year, Bates Votes has mainly focused on registering new students ahead of the Nov. 2 municipal elections. With the lack of a general election this year, Herren-Lage and Jhaveri are working on expanding the program and leaving an active and growing Bates Votes for future classes.

In addition to handing over a strong program, Herren-Lage and Jhaveri hope they also leave a legacy that pays more attention to increasing the involvement of students who can’t vote. Overcoming the polarizing nature of elections, it’s important to recognize the stake even those who don’t have a vote have in our elections. Providing a platform for international students to become involved in a process that very much impacts them is something Bates Votes sees as beneficial to their non-partisan work.