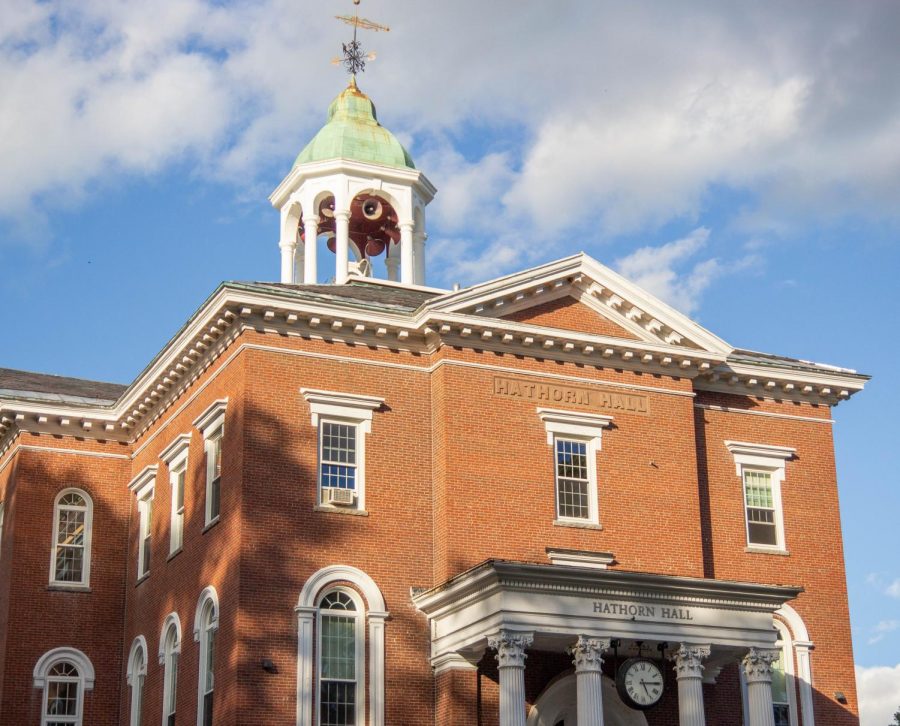 Indigenous Peoples’ Day, a celebration that recognizes and honors the culture and lives of Indigenous people globally, took place on Oct. 11. To commemorate this day, members of the Howard Hughes Medical Institute (HHMI) and Bates Society For Advancement of Chicanos and Native Americans in Science (SACNAS) Student chapter co-sponsored a community-wide discussion with Dr. Belin Tsinnajinnie.

Dr. Belin Tsinnajinnie (he/him) is an Indigenous (Diné and Filipinx) intellectual with a special interest in the relationship between mathematics and identity. Specifically, he studies “mathematical identity in the context of Indigenous and Latinx students”.

“A Talk With Dr. Berlin Tsinnajinnie” was a discussion about justice and equity in mathematics, titled “Coming to Grips with the Relationship Between Mathematics and Settler Colonialism.” The stated primary goal of the Zoom talk was to host a “community conversation on colonial mindsets in education.”

To begin the presentation, Dr. Tsinnajinnie reiterated the words of himself and Danny Bernard Martin, a mathematics intellectual who specializes in understanding the experiences of Black mathematics students: that the ‘assimilation project’ never ended.  Dr. Tsinnajinnie relies on the words of Martin to describe how the assimilation of marginalized identities still occurs through structures like white supremacy, colonialism, heteropatriarchy, and ableism.

The assimilation project in the educational sphere, according to Martin, “might involve (well-meaning) attempts by teachers to get students to speak ‘standard’ mathematics language and adopt a singular form of communication in the classroom.” This project then requires “students to abandon their ‘everyday’ talk and culturally based communication style.”.

Dr. Tsinnajinnie then spoke about how the assimilation project and its settler colonial ideology is reflected in higher education. Referencing Sandy Grande, Dr. Tsinnajinnie argues that Indigenous education has been, from the start, about colonizing Indigenous minds in order to extract Indigenous labor, land, and resources.

Furthering his argument, Dr. Tsinnajinnie talked about the disconnect between schools and Native communities. He spoke about how the school system itself is built around the notion that this type of colonial education is applicable for everyone, even when it has been proven otherwise for marginalized communities.

Dr. Tsinnajinnie cited Megan Reed Shirt-Shaw from the University of Minnesota, who in a proposal, writes that “land acknowledgements without land based reparations are empty”. Dr. Tsinnajinnie then encouraged combining proper land acknowledgements with reparations. He argues that taking these steps to decolonize higher education, specifically in the realm of mathematics, will allow Indigenous communities to reestablish their relationship with the land.

He continued his presentation by emphasising that advancements in mathematics should be conducted with “respect, in relation, and with reciprocity to Indigenous communities.” In addition, he defines progress in mathematics as a process that does not exploit the people, land, labor, or resources of Indigenous people.

Dr. Belin Tsinnajinnie’s talk culminated with a simple claim: that the production of better mathematicians through decolonization will produce better people.