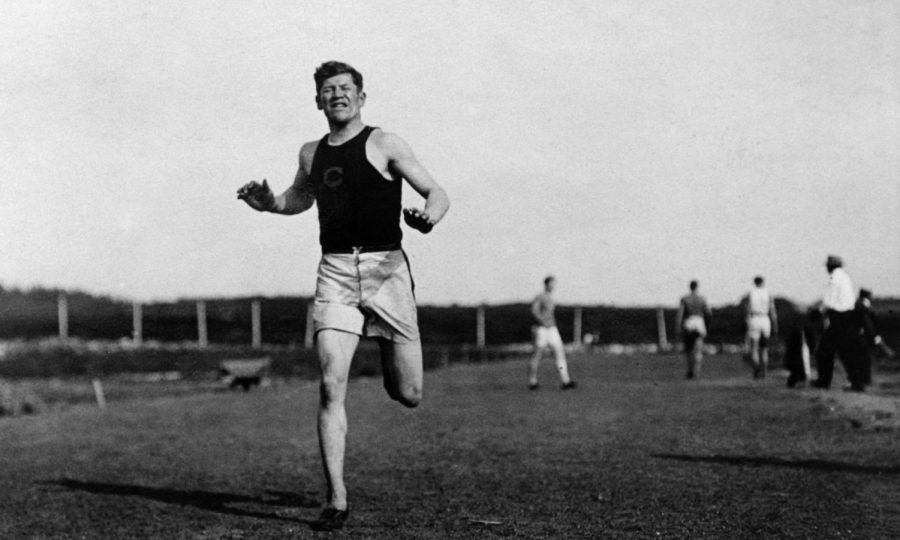 Jim Thorpe, an indigenous American, was one of the greatest athletes of all time.

Although there are numerous talented indigenous athletes, The Student is honoring the day by highlighting the careers of five that are particularly notable.

Thorpe was of Sauk and Fox descent and his native name was Wa-Tho-Huk. He was the first Native American to win a gold medal for the United States in the Olympics, winning one gold in the classic pentathlon and one in the decathlon, both in the 1912 Stockholm Summer Olympics. He also played professional football, baseball, and basketball.

Thorpe was inducted into the Pro Football Hall of Fame in 1963, and in 2018, he became one of the inductees in the first induction ceremony held by the National Native American Hall of Fame. The Jim Thorpe Award is awarded to the top defensive back in college football; in 2020, it went to Trevon Moehrig of Texas Christian University.

In 1999, the Associated Press placed Thorpe third on its list of the top athletes of the century, right after Babe Ruth and Michael Jordan.

Lang is a former competitive ice dancer whose native name is Maheetahan. Alongside her partner Peter Tchernyshev, she is a two-time Four Continents champion and a five-time United States national champion.

Lang won the 1995 United States Novice title and won a silver in the 1996 United States Junior competition. In 2002, Lang became the first Native American female athlete to participate in the Winter Olympics, though she did not reach the podium.

Mills, whose native name is Tamakoce Te’Hila, is an Oglala Lakota track and field athlete. The runner won a gold medal in the 1964 Tokyo Olympics when he competed in the 10,000 meter run.

A member of the Oglala Sioux Tribe, Mills was the first non-European to win the Olympic event and is the only winner from the Americas. He was born in Pine Ridge, South Dakota and was raised on the Pine Ridge Indian Reservation.

Mills graduated from the University of Kansas in 1962 and later was a First Lieutenant in the Marine Corps Reserve. He is the co-founder of the nonprofit organization Running Strong for American Indian Youth; the aim of this organization is to help Native American people gain access to a steady supply of food, water, and shetler, while also helping communities gain self-sufficiency and self-esteem.

Reis, whose native name is Mequinonoag, is half native, descending from multiple tribes. She is an American professional boxer and a world champion in two weight classes. She has held the WBA female super lightweight title since Nov. 2020 and won the WBC female middleweight title in 2016.

She feels great pride in her indigenous heritage, and carries her native name into the boxing ring with her for every fight. Reis is an active supporter of the Missing and Murdered Indigenous Women and Girls (MMWIG) movement. She has visited many native communities to teach young women about their abilities to fight, physically or vocally, against the targeting of Native youth.

Reis has hosted many free self-defense classes and virtual conversations in support of the MMWIG movement. In her career, she has fought in 26 professional fights; she has won 18, five by knockout.

Bender was a pitcher in the MLB during the 1900s and 1910s and was inducted to the Baseball Hall of Fame in 1953. His native name was Mandowescence. His family had 160 acres on the White Earth Indian Reservation in Minnesota and his father taught him to farm on the land.

As a native athlete, Bender was used to facing discrimination on the field. Taunting from the bench was common in his era and opposition often made “war whoops” or yelled taunts telling him to “go back to the reservation!” Bender remained calm in the face of these insults, though occasionally would yell back “Foreigners! Foreigners!”

He finished his career with a 212-127 win-loss record for a .625 winning percentage and a career 2.46 earned run average. Bender is also a three time World Series champion, winning the competition in 1910, 1911, and 1913, all with the Philadelphia Athletics.