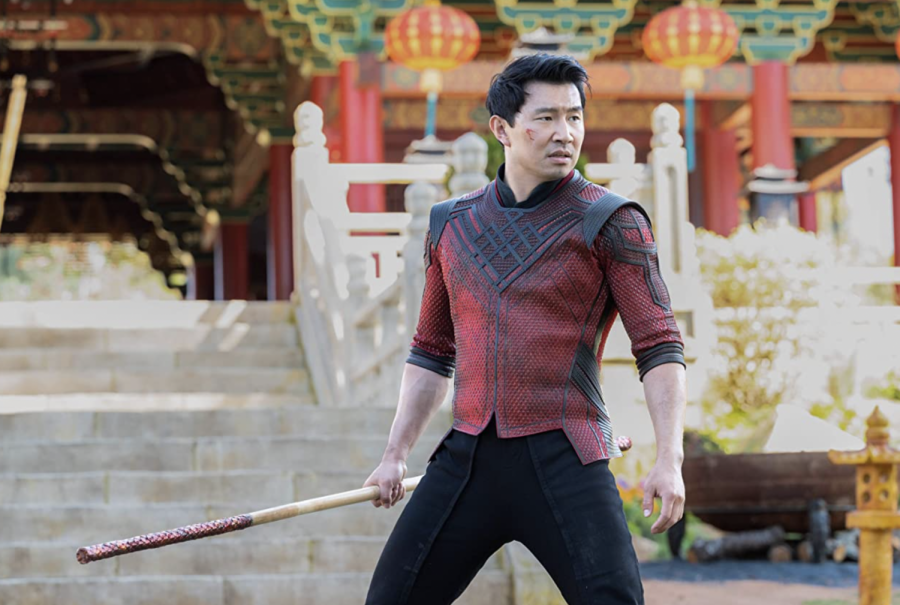 Marvel’s done it again. Director Destin Daniel Cretton’s “Shang-Chi and the Legend of the Ten Rings” is a triumph. A beautiful blend of action and emotional depth, “Shang-Chi” thrives thanks to both Cretton’s deft touch and the film’s compelling cast that each work to illustrate a powerfully diverse story that transcends Marvel’s history of whitewashing.

The titular character, played by Simu Liu, works in San Francisco as a valet parking attendant alongside his best friend, Katy (Awkwafina). When the Ten Rings organization disturbs his lifestyle, Shang-Chi is forced to confront his past.

Cretton, an established indie writer and the director behind the quietly powerful drama “Short Term 12” and the wrenching Bryan Stevenson biopic “Just Mercy,” smoothly transitions into the world of blockbusters by creating an exhilaratingly deep film for the Marvel Cinematic Universe (MCU) collection. The screenplay, written by Cretton along with Dave Callaham and Andrew Lanham, seamlessly balances humor and thrill with a compelling family drama at the heart of the story.

But the message behind “Shang-Chi” is what makes it a beautifully inventive origin film. The journey of a man confronting past trauma and exploring his heritage as a form of empowerment is not only an essential watch for Chinese audiences; all audiences can relate to the film’s exploration of universal themes like grief and anguish as well as the various ways in which we either overcome or succumb to the agony of loss.

With a runtime of over two hours, “Shang-Chi” certainly has a few pacing issues where the viewer might check the time on their phone. The first two acts are quite well-done, but the third reverts back to the MCU’s tendency to rely on CGI for a thrilling climax, which appears as a lazy shortcut. The film shifts from revolving around the conflict between a father and son to a battle against an evil dragon that hopes to destroy mankind. Unfortunately, this move feels random and distracts from the pulsing family drama that is the heartbeat of the film.

Regardless, excluding the messy third act, the fight sequences are absolutely stellar — maybe the best in the MCU. The fight choreographers pay homage to Hong Kong cinema and its revolutionary impact on Hollywood. Liu, a former stuntman, is especially exceptional in these scenes.

Charismatic and capable, Liu’s Shang-Chi makes for a strong protagonist. Marvel fans will revel in the thought of Shang-Chi joining the Avengers. The supporting performances are fantastic as well: Meng’er Zhang is strong as Xialing, Shang-Chi’s younger sister; Michele Yeoh, who plays Nick’s mother in “Crazy Rich Asians,” makes a welcome appearance; and Awkwafina reaffirms her status as one of the funniest people in Hollywood.

The most remarkable part of the film goes to a particularly legendary performance; Hong Kong superstar Tony Leung steals the show as Shang-Chi’s grief-ridden and vengeful father, Wenwu, the holder of the Ten Rings. A plausible villain and an empathetic victim, Leung masters the nuances of his complex character. Unfortunately, Leung’s skill is a double-edged sword, as there are a plethora of moments that expose Liu’s inability to keep up with the Hong Kong legend.

“Shang-Chi” is a landmark for the inclusion of diverse action films and succeeds by immersing itself into the Chinese diaspora and the reconnecting of roots and culture. “Black Panther” marked a massive step toward inclusivity and representation, and “Shang-Chi” perhaps amplifies that same message that the studio aims to send: all stories matter, and they all deserve to be told. By breaking down the limitations of whose stories are shared, “Shang-Chi” validates audiences who have for far too long been ignored.