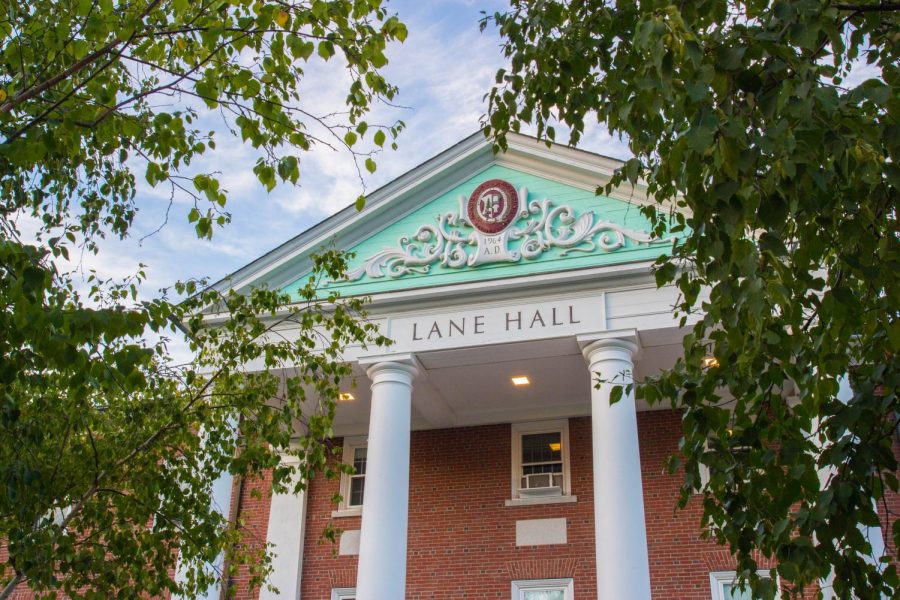 A number of faculty and staff members at Bates have announced their departures from the college in the past year, prompting concern from students and questions about why the wave of exits occurred.

Through multiple sources, The Student has confirmed that there are at least 20 members of the faculty and staff who have left the college in the past 12 months. The list includes professors, sports coaches, and members of the administration with positions in the Office of Intercultural Education (OIE) and the Bobcat First programs, as well as writing center and Academic Resource Council (ARC) employees.

The Student reached out to a number of faculty and staff members for comments and interviews about the circumstances of their departures. The former employees spoke on and off the record about the conditions that made them want to leave the college; in addition to opportunities such as new jobs or career changes, many named similar themes of lack of funding and support, including a growing concern about what many called a “scarcity mindset” at Bates.

Rebecca Fraser-Thill taught psychology at Bates for 18 years before she left following the conclusion of the 2020-2021 school year. Fraser-Thill had never been a tenure-track professor, so every year she met with members of the administration to renew her contract. Though she chose to avoid a tenure-track position, she noted that there were intense “distinctions” between faculty who were and were not on track for tenure.

“It’s a pretty marked difference in the sense of belonging,” she said.

Departments often have to fight to hire professors that are tenure-track, she said. Those who are tenure-track and tenured usually make more money than visiting professors and lecturers. Once a faculty member makes tenure, it is very difficult to fire them.

Fraser-Thill detailed conversations she has witnessed in meetings about whether or not a department could hire an additional tenure-track professor.

“I couldn’t sit through one more conversation fighting for a tenure track position,” she said. “I couldn’t stand it anymore because where is the student in that? The student experience has moved from the center of the focus to somewhere on the periphery.”

The issue of the “scarcity mindset” was mentioned by Fraser-Thill and other former faculty and staff members The Student spoke to. Those who spoke about the issue often defined it as the belief that there were not enough resources at Bates, which they say is not accurate.

Dr. Raj Saha, a lecturer in the Earth and Climate Sciences department, taught at Bates for six years before leaving ahead of the 2021-22 school year. Saha is also an alum of the college, having graduated in 2003.

In a statement to The Student, he said “we are well past the time for incremental changes as those mainly benefit those already with power and privilege.”

Saha believes Bates has the ability to address issues within the system but that the administration is not acting on the opportunity.

“We cannot both keep the existing systems and be equitable and anti-racist, those are incompatible and are unsustainable through the near future,” he said. “Bates is fortunate to have access to a great amount of wealth and knowledge to be able to do this meaningfully. But that requires a leadership that is willing to democratize its governance and be ‘radically inclusive’ in its own make up.”

American Studies Professor Dr. Kristen Barnett was an assistant professor at Bates for five years. When Barnett sat down with The Student, she was on sabbatical. After the interview and shortly before the publication of this article, the professor announced she was resigning from the college.

Barnett said she has also witnessed a “scarcity mindset” at the college.

“I showed up at Bates and they were like ‘we’re poor’…but you know we’re only poor when we compare our endowment to that of peer institutions,” she said. “Bates has a plethora of resources…how they choose to spend them or if they choose to use them is another thing. I think we’re lying to ourselves, to our students, to everybody, when we say we’re poor or we can’t afford to do that.”

Currently, the Bates College endowment stands at $341.6 million. Bowdoin clocks in at $1.8 billion and Colby has $878 million. The only NESCAC with a smaller endowment than Bates is Connecticut College, which has $316.3 million.

Barnett says the excuse of the “scarcity mindset” allows decision makers and members of the administration to tell faculty and staff members, “I would love to do that, but we just can’t afford to.”

Barnett also spoke to the culture of the faculty at the college, and said that at Bates, they are “absolutely not” unified.

“I think the culture among the faculty is a difficult one at Bates,” she said. “They tend to project this sense of community and mutual respect, but actually there’s a lot of lateral violence that happens within the faculty.” Lateral violence, she clarified, means people in the same community inflicting harm and violence on one another.

Those who left the college acknowledge there is currently a wider trend in higher education of mass resignations, but that does not dismiss the problems at Bates.

In a statement to The Student, Dean of Faculty and Vice President for Academic Affairs Malcolm Hill stated that the faculty departures are “normal” and “we expect it every year.”

“People retire, go on leave, take sabbaticals, move on to tenure-track jobs elsewhere, and so forth,” he said. “This fluctuation gives us an opportunity to bring in faculty to teach on particularly timely topics and to respond to needs within our teaching community.”

In an article published by the Chronicle of Higher Education this August, many faculty and staff members at colleges and universities around the country are reported to be leaving in large numbers, creating a mass exodus in higher education. This exodus, the Chronicle reports, is a direct result of the COVID-19 pandemic, which has caused many who worked at colleges and universities to reevaluate the time and effort they put into their jobs.

“Employees–especially those who are student facing–are becoming disenchanted and burning out just when they’ll be needed the most,” the article says.

This reflects a trend at Bates, as well, where not only faculty, but also staff in important roles have been departing at high rates. In July, President Clayton Spencer sent a campus-wide email announcing the departure of Vice President for Equity and Inclusion Dr. Noelle Chaddock, who started at Bates in 2019.

In addition, the Office of Intercultural Education (OIE) has seen an alarming amount of turnover in the past 12 months; Dr. Rachel Roberson, the assistant dean of Bobcat First, has left, along with Steven Parker, the assistant dean of the OIE. Nicollette Mitchell, the director of equity and inclusion education, is also no longer at Bates. All three staff members were announced as new hires in September of 2020 by President Spencer.

Though Kristen Barnett won’t be returning to Bates (she’ll instead be teaching at the University of British Columbia), she believes positives can come from the issues the college is facing.

“There is a really great opportunity for the college as a whole and students, bringing in phenomenal progressive scholarship, hopefully,” she said. She also added that “​​the students have been what has made Bates a worthwhile place, and it is sad to say goodbye.”

Ellie Wolfe can be reached at [email protected]