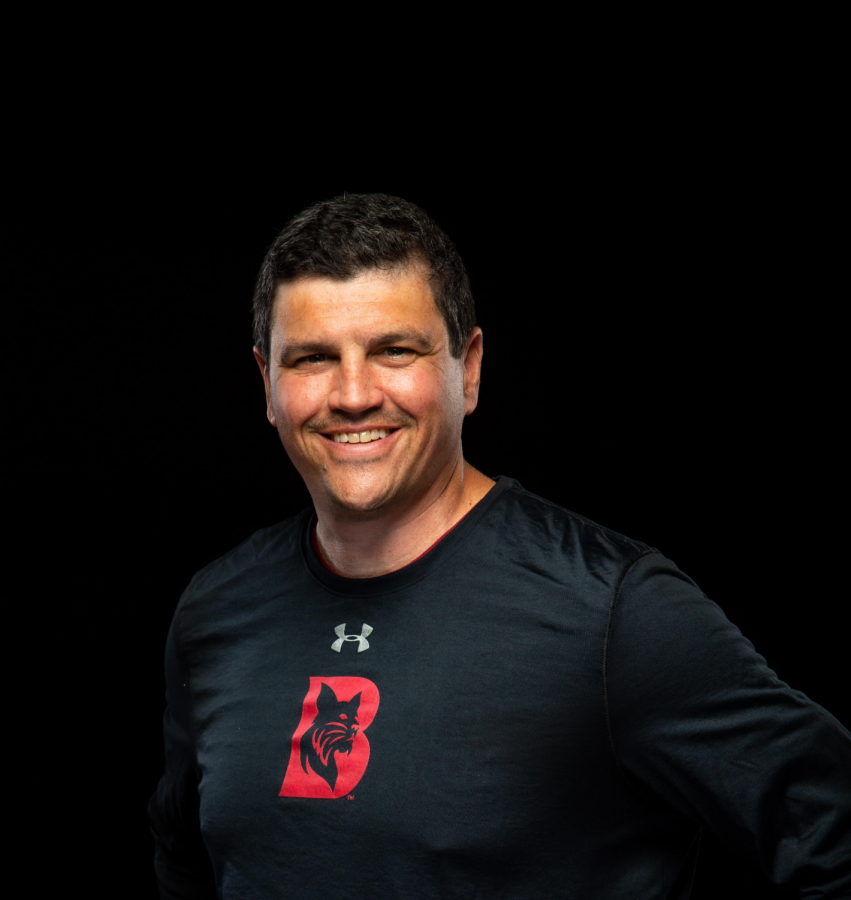 Coach Vari sat down with the Student to discuss his advice to student athletes and his favorite Commons meal, among other things.

Joe Vari is the head coach of the women’s soccer team. According to the athletic department, “in 2019, Bates Director of Athletics Jason Fein announced the appointment of University of Puget Sound head coach Joe Vari as the eighth head women’s soccer coach in the program’s 39-year history.”

During three seasons at the University of Puget Sound, Vari went 39-14-8, including a conference championship and an NCAA tournament appearance in 2018. Vari, a graduate of Hiram College, also has had successful stints with Rhodes College, another Division III school where he went 75-43-14 over seven seasons.

One of the many exciting prospects about the job at Bates for Vari was the team’s potential. He believes that women’s soccer at Bates is a “sleeping giant” and is primed to make a comeback in the NESCAC. In 2019, the soccer team went 2-11-2 but has a proud history of NCAA appearances and a Conference Championship in 2015.

In their season opener on September 7, the team beat Maine Maritime with a score of 3-0.

The Student sat down with Vari for a Q&A to discuss his views on coaching, his best advice to student athletes and his favorite meal at Commons.

When did you first begin playing soccer?

I started playing in kindergarten when my dad was my coach.

When did you realize you wanted to be a coach?

I was about to graduate college and I had no idea what I was going to do. I called a former coach of mine that had just left the college that I was about to graduate from to see if he had any ideas. He had a graduate assistant position open and said that I should come down for a visit. That is how I got my foot in the door. When I was there working for him, I always wanted to be on the field and that’s when I decided that I could do this for a long time.

What is the most challenging thing about coaching soccer?

The most challenging aspect of the job is to continually ask more of our student-athletes. Having high standards always means it is going to be hard. Especially when you are in the grind of the season and all of the athletes are worn down from academics. It is also tough having real truth friend conversations with our student-athletes.

What is the most rewarding thing?

Working with our athletes and empowering them to accomplish what they didn’t think was possible. My favorite part of the job are the conversations with the players, especially at training. You can compete at a high level and still have fun doing it.

What do you hope to accomplish this season?

Our goal is to qualify for the NESCAC tournament this year. On average it takes 11 points to do so (3 for a win, 1 for a tie) and we have that as our focus for the year. 11 points.

Besides soccer, what is your favorite sport?

I like a lot of sports, but my next favorite would be the NBA. Especially playoff basketball. The Memphis Grizzlies are my team.

What is one thing you wish people knew about soccer?

How to appreciate and cheer at a game. There are a lot of actions that do not lead to a goal, but they are special moments in a game, or something that took a lot of skill, which looked easy, and they go unnoticed. It’s great to appreciate those with applause. You don’t always have to be yelling at the opponent to cheer at the game. The support from the crowd can help a team finish off a tough game.

What is one piece of advice you can give to student athletes?

What is your favorite Commons meal?

There are too many to choose from. What I like to do is start with a salad bowl. I pick up some greens, different veggies, add some cheese, and then balsamic vinegar. I take that bowl and then add some protein or other items that look good. I have to limit myself to that bowl, or I’ll get way too much food! My secret is to pick up a cookie 1st and then walk around and see what my options are before building my bowl.

What is your favorite place on campus?

My favorite place on campus is Garcelon field as the sun is setting. You get a lot of great color over Pettengill and Hathorn.