Head Football Coach Malik Hall will not Return to Program 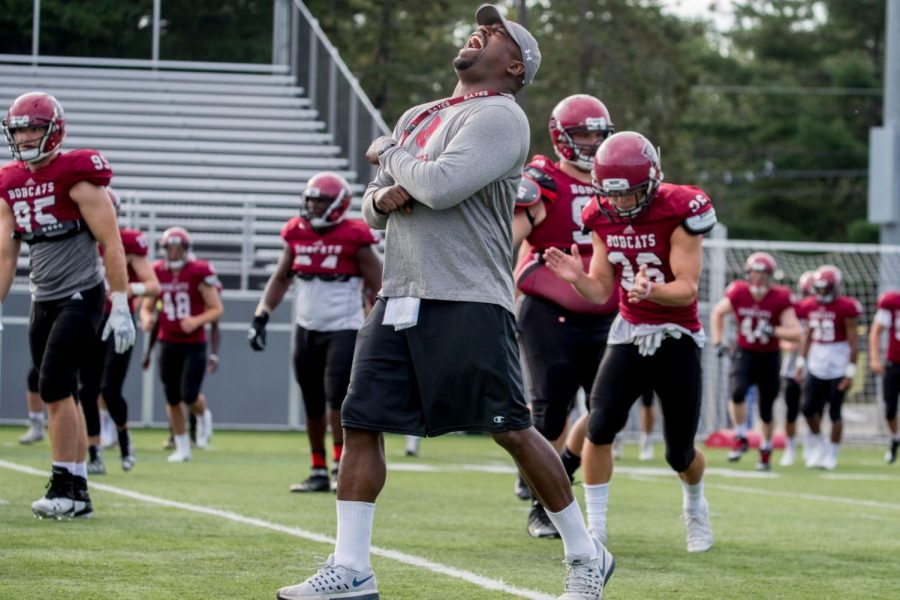 In an email to the Athletic Department on Tuesday, Athletic Director Jason Fein announced that football Head Coach Malik Hall will not return to the team this fall. Effective immediately, Associate Head Coach Ed Argast will serve as interim head coach for the 2021 season.

“We are in the process of solidifying the rest of the interim coaching staff in order to ensure that we are ready for the arrival of student-athletes in August and our return to the field this fall,” he wrote.

Fein also stated that any recruiting questions or prospective student athletes should be referred to Assistant Coach Keith Davis.

Hall joined the team in 2018. During his first season, the team went winless. In 2019, the team clinched two games, winning against Bowdoin and Hamilton at the end of the season, to secure a record of 2-7. The 2020 season was cancelled due to the COVID-19 pandemic.

Argast began his coaching career at Bates as an assistant for the 1979 and 1980 seasons, and returned during the 2020 season as the offensive line coach. Previously, he coached at a plethora of schools, including most recently University of New England and Bryant University, where he served as the interim head coach at the conclusion of the 2016 season.

Argast told The Student that he was informed that Hall was leaving the program by Fein at the end of last week. He said he was asked to be the interim head coach by Fein on Monday, and that Fein notified the team of the coaching changes on Tuesday morning.

The interim head coach said that the program needs to complete some more staff hiring, and will “have to scramble and see what coaches are needed.” In addition, Argast said he “doesn’t plan on changing much from what Coach Hall was doing,” though did not know whether or not the previous coach had been planning for this coming preseason.

“I just want us to go out and be competitive and win football games,” he said. “My goal is to provide these young men with good experiences. To have fun at practice, go out and beat some people we’re not supposed to beat, to really take advantage of opportunities.”

This is a developing story; more coverage to follow.