The Bates Student • May 12, 2021 • https://thebatesstudent.com/22008/features/bates-students-fundraise-for-indian-covid-19-relief/ 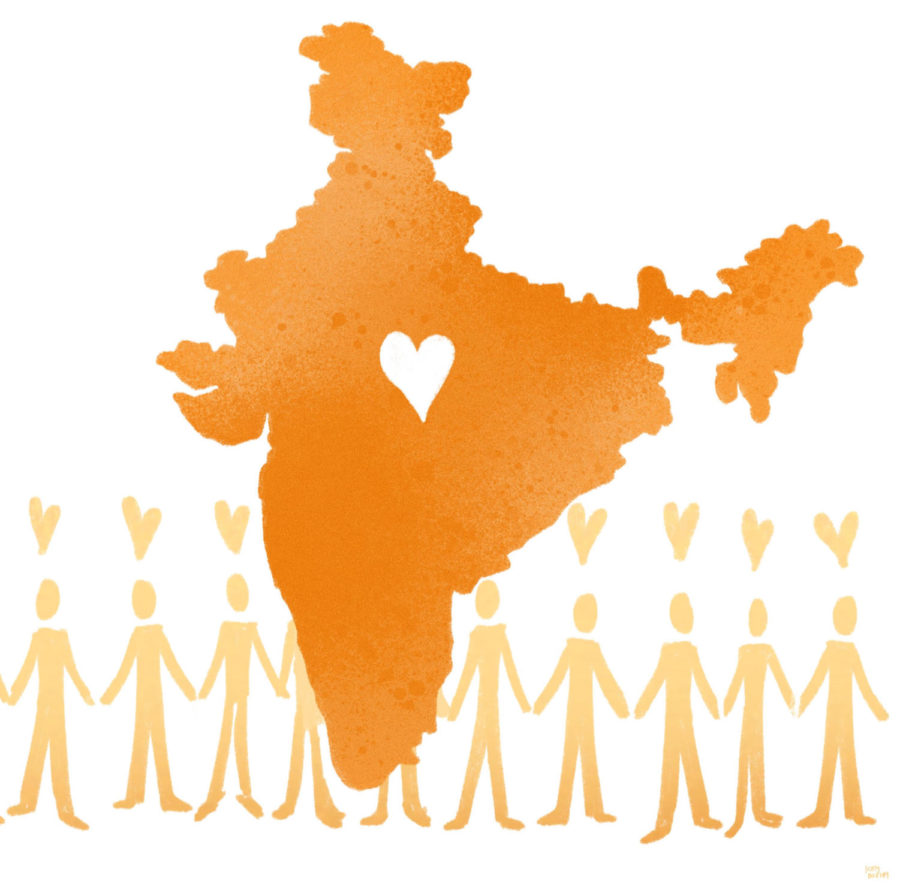 Sanika Shah ‘22 let out a sigh of exhaustion about three minutes into our scheduled Zoom interview. It had been a long day, she said, with lots of meetings and classes. On top of that, her mind, and her heart, was in India, a country facing an enormous spike in COVID-19 cases.

“Just to see people in your home dying and knowing that there’s nothing you can do about it is like, really hard,” she told me. “This whole week I’ve just literally been thinking about it. And it’s not productive, but I can’t do work because it just doesn’t feel important to do classwork.”

Shah, like many other students from India or with relatives in the country, is finding it difficult to keep up with her life at Bates while so many in the country are struggling. According to Reuters, India reported 348,421 new COVID-19 cases on Wednesday. To date, authorities have identified over 23,000,000 cases of the disease, and for the twelfth consecutive day, the country has had more than 3,000 COVID-19 related deaths in a 24-hour period.

Shah, alongside Rishi Madnani ‘23, whose parents were both born in India, decided to create a fundraiser. They realized that the country desperately needed supplies, and fast.

“It’s not productive to just sit there and be sad,” she said. “Rishi and I decided to do this fundraiser to try to get some student action.”

They promoted their fundraiser, which used Venmo, on the South Asian Student Association (SASA) Instagram. Shah stated that using a graphic that could easily be shared on student Instagram stories was key to spreading the word.

The initial campaign raised $2,510 and was evenly split between four organizations: Making a Difference, which produces hospital beds and medical equipment; The Pehchan Foundation, which aids the homeless; an “Oxygen for India” GoFundMe, that provides oxygen for COVID-19 patients; and the Transgender Welfare Equity and Empowerment Trust, which helps transgender Indians affected by the pandemic.

“Most of us are in significantly more privileged positions than the people suffering from COVID-19 in India right now,” the post shares. “We must redistribute our wealth to save human lives.”

As of Thursday, 230,168 Indians have died of COVID-19. India’s outbreak has been relatively delayed, however. The virus did not have a strong hold on the country until March of 2021, when it began to spread at an alarmingly rapid rate. On March 1, India was reporting 12,286 new cases in a single day, according to CNN. The same report found that just two months later, on May 1, there were 392,488 cases daily.

Shah, who was born in New York but moved to Mumbai when she was 12 years old, returned home in December. The cases were relatively low, and life felt fairly normal.

“It felt like COVID-19 didn’t exist, [and] we didn’t know anyone who had it,” she said. “Restaurants were open. You could go out; not a lot of people were masking.”

This quickly changed, however, and the pandemic got “really bad,” she recalled.

“Since, I want to say February, there has not been a week that I haven’t had a family member who had COVID-19,” she said.

Though Shah says she’s fortunate because her family is mostly vaccinated or recovered, the severity of the outbreak has weighed on her significantly. She found other students who had connections to India feeling the same way.

Shah and Madnani rushed the funds out within a few days of fundraising because they were urgently needed.

Madnani, the president of SASA, believed that the fundraiser would be successful because he has seen Bates students support other GoFundMe and Venmo projects in the past.

“I like to think that Bates students are generous, and for the most part, there’s some really good people on this campus that are really willing to share the resources that they’ve been blessed with in this life,” he said.

“I just knew that we had to do something here because it was really weighing on my mental health,” he said. “Even though this fundraiser is more like an added burden, it’s like a release, because we’re so happy to be able to do something for our people and for our homeland.”

Like Shah, he felt compelled to spread the word because he, too, has family in the country. Before creating the fundraiser, he struggled with balancing his work and his worries about India.

“You have to juggle what you think about while pretending everything is normal,” he said. “To act like business as usual, do your homework, class, all this is pretty exhausting.”

Like Shah and Madnani, many students are taking to social media to get the word out and promote various ways their followers can donate money. Zahra Freedman ‘23 is studying remotely at her home in Cape Elizabeth, Maine this semester but continues using her Instagram to raise awareness and money.

Freedman’s mother grew up in New Delhi and came to the United States for college. She still has family in India, including grandparents, aunts, and uncles.

“My mom really likes to stay up to date with COVID-19 in the news, and she reads both United States news and India news,” Freedman said. “I knew it was bad but seeing how stressed out and nervous and anxious she was every day for her loved ones was really hard.”

Watching the numbers rise so rapidly was terrifying for her family, especially as they started to know people directly affected. Her mother asked her to help raise awareness for a friend’s GoFundMe to raise money for oxygen supplies.

“I put it on my Instagram story, and I posted something about it because I wanted to,” she said. “I wanted to make sure that people were seeing it. And if they couldn’t donate they could maybe share a link to it.”

Freedman urged students to keep up to date on the news and what is happening in India, especially because it affects students with family and friends suffering in the country.

“You never know who is having an emotional time whether it’s because they have family there or because they are just concerned for loved ones and can’t go home,” she said. “Just support people, you know, who are personally affected because I’ve seen how hard it is to see your home country go through that.”

Currently, Shah and Madnani are organizing another fundraiser alongside the Bates College Student Government, benefiting three organizations: Mission Oxygen, which provides much needed oxygen to hospital patients; the Hemkunt Foundation, which gives humanitarian aid to marginalized people; and Feeding India, a nonprofit effort to end hunger in the country.

The donation page for this fundraiser is located here. Freedman’s family friend’s fundraiser, which goes directly to providing oxygen for COVID-19 patients, can be found here.