The Bates Student • May 12, 2021 • https://thebatesstudent.com/21963/arts-leisure/andrucki-bids-farewell-to-bates-with-class-notes/ 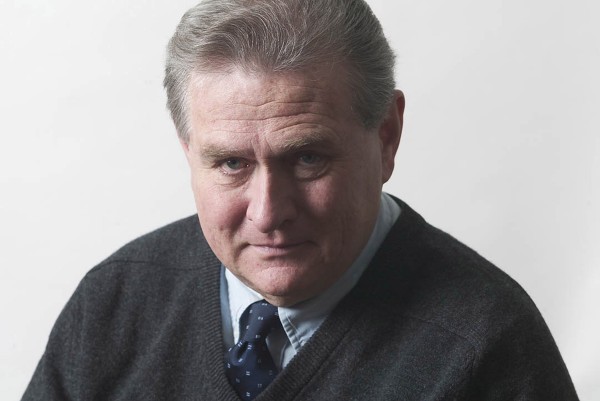 Professor of Theater Martin Andrucki directed a virtual staging of his show "Class Notes" for his final production at Bates.

After forty-five years of teaching at Bates, Charles A. Dana Professor of Theater Martin Andrucki will retire at the end of the year. A founding professor of the Theater Department (then the Department of Theater and Rhetoric), he is the first face many theater students encounter as students in “Theater 101: An Introductory Survey of Theater and Film.”

In addition to this introductory course, Andrucki’s courses cover dramatic literature and theory. Every other Short Term, he co-leads a trip to Budapest to study theater and film in Eastern Europe. Throughout his career, he has directed over fifty productions and formerly served as a dramaturg (script consultant) and literary advisor for both Portland Stage and Lewiston’s The Public Theater. He is also a playwright, having won the American Theater Critics’ Association’s New Play Award for his play “Manny’s War.”

Before COVID-19 struck, Andrucki was set to direct a production of Sophocles’ “Antigone” in the fall semester. Things were shuffled about, though, and instead his final Bates production, “Class Notes,” was released to Vimeo on April 30. Written and directed by Andrucki, the play follows Mandy (Caroline Cassell ‘24) and her husband Zack (David Walker ‘24) and their struggles as artists. Lucas Allen ‘22 and Imti Hassan ‘23 also starred as their college classmate Coleman and Mandy’s mother Evelyn, respectively.

The play was produced over Zoom. Each actor filmed from their own practice room in the Olin Arts Center. This ensured they all had a uniform white background, would not be disturbed by roommates or neighbors, and could be unmasked (Olin policy allows students to use practice rooms unmasked for one hour at a time, with thirty minute filtration periods in between). All were in costume, but there were no props. Luisda Molina Rueda ‘21, as assistant stage manager, was in Olin with them, but out in the lobby on Zoom.

Andrucki served as narrator, reading the stage directions to compensate for the lack of blocking, or choreographed movement such as entering, exiting, etc. He appeared only as a voice, recording from his office above Schaeffer Theater in Pettigrew Hall. Kush Sharma ‘23, the lead stage manager, recorded from his Zoom elsewhere in Pettigrew.

While some Zoom theater presents the illusion of actors being in the same room, this was not the case with Andrucki’s production. All lines were addressed directly to the camera from seated actors who would gesture and change their position in the frame as required. Entrances and exits were accomplished by turning the cameras on and off, and while that may sound simple, it had to be perfectly timed with Sharma, who was pinning and unpinning actor’s screens.

When one (or more) person is pinned in a Zoom meeting, they are the only one who will appear in the recording. There was an instance or two where Sharma got either ahead of or behind the actor, but had this been a live show in Schaeffer, a similar thing would have likely happened with a light or sound cue going just before or after its intended moment. So, despite being remotely produced and pre-recorded, “Class Notes” still manages, in a way, to capture the spirit of live theater.

Cassell, Hassan, and Walker all made their theater department debuts in the production; Allen appeared in 2018’s “Eurydice” and 2019’s “Love/Sick,” which were both directed by Andrucki. For Hassan and Walker, though, it was not their first time performing at Bates: Hassan played the lead role in 2020’s Sankofa production, meanwhile Walker participated in a radio play-version of “Medea” put on by the Robinson Players last semester.

All three were playing radically different characters from the last time they performed for a Bates audience. Evelyn (Hassan) is Mandy’s high society mother, more concerned with appearances than reality who is quite happy to turn her life — particularly her money — over to Coleman. Hassan played her bored indifference with Mandy’s life and concerns wonderfully. Her physicality was particularly impressive, giving off that same air with just a look and swing of her arm.

Coleman (Allen) is a manipulative businessman who has an almost stalker-like obsession with Mandy and Zack, though it is left unclear just who is the real target. (I personally lean towards Zack, with whom he shares a longer history, but that doesn’t explain why he goes and marries Evelyn — yes, that’s right, the same Evelyn.) Allen pulls off a character as slick as his gelled back hair, and masters the art of camera distance equating to power. Sure, he may look relaxed, but with just one word he will own your life.

Zack (Walker) is a struggling writer, the (attempted) voice of reason against Coleman, but even he is not immune to the promises of fame and fortune. Walker nailed each dry quip and comeback, and his chemistry with Casell was excellent. She herself gave a great performance as an aspiring musician, just as dry but with an obvious naïveté underneath.

Andrucki’s play does not sugarcoat the life of a struggling New York artist, and the need to latch onto each small victory and cling on tight through periods of drought and no electricity. There is not, exactly, a happy ending, either, but rather resignation from Mandy and Zack that serving Coleman will be their life, whether they like it or not.

While certainly not the final year he likely intended, this production of “Class Notes” honors Andrucki’s long Bates career while firmly living in the present and showing the future directions the department has been able to expand to these last forty-five years. The production is no longer available to stream; however, “Class Notes” will return with an all-alumni cast May 24-25.