The Bates Student • May 12, 2021 • https://thebatesstudent.com/21957/forum/students-think-i-am-safety-when-i-drive-around-campus-this-is-what-i-see/ 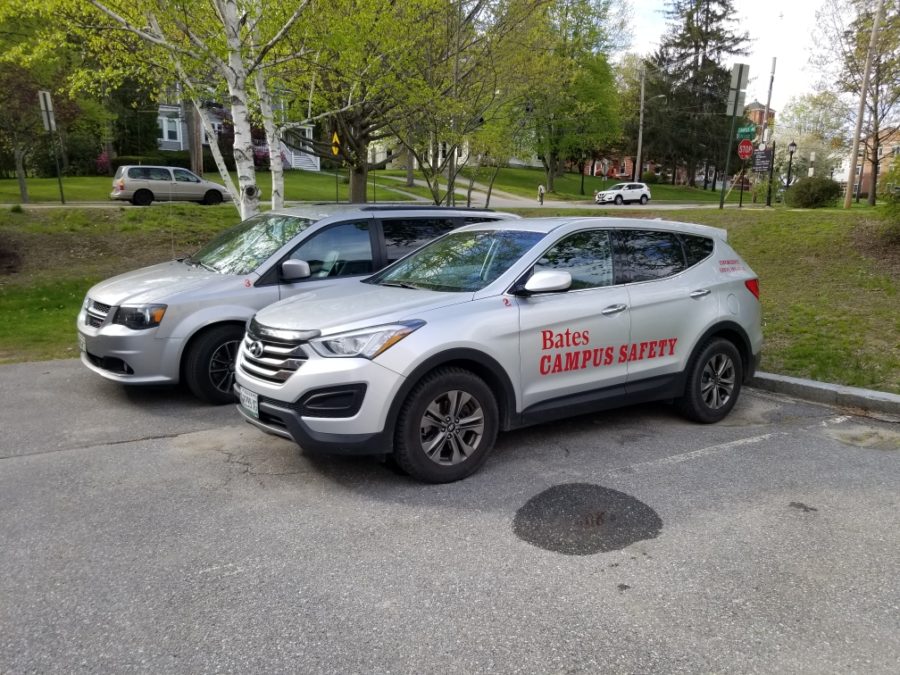 I drive a silver SUV. It looks almost exactly like a Campus Safety car. Of course, I don’t have the red letters (by the way, how much did they spend on getting those new ones that say safety instead of security) stuck on, but from the front or back, it’s extremely similar.

I also work a job where I drive around campus at night delivering food. While walking on foot, when I see people in person on campus, they wave, or smile, or we both pretend to be on the phone to avoid awkward stranger eye contact. Maybe they even react negatively, like my ex boyfriend refusing to hold the door for me coming out of commons. But when I am driving, I am the grim reaper.

Crowds of students, whether small or large, disperse immediately. I pull up outside of a dorm, call a customer to tell them their food is ready, and they look through the window and say they are just waiting for campus safety to leave before they come out.

A few weeks ago I was driving on White Street and a group of three students of color were walking together up the road. They weren’t doing anything illegal, and they weren’t holding drinks or smoking. They were safely on the side of the road as well. I went to turn onto another street, but I stopped to let them cross first. They all stood silently staring at the car. They didn’t move, though they were clearly trying to cross. I rolled down my window and gave them a quick wave.They finally crossed, but they didn’t take their eyes off my car.

There’s a guilt I feel. This isn’t my car. It is my mom’s, and I am lucky enough to be allowed to drive it while I am at school. But you never get used to the feeling that you are causing people around you undue distress. Like Aaron Burr after shooting Hamilton, I hear wailing in the streets.

If you think Campus Safety can be reformed, I encourage you to take one lap around campus in my passenger seat while I work. There is no undoing of the psychological condition of students, especially not an immediate one. Hiring other officers or making new policies to protect students sounds logical, but not when students are having full panic attacks at the sight of any car that resembles a security one.

I have been run from, and I have gotten confused stares. I also saw a girl, who appeared to be a student of color, immediately break down and start crying. If I see it, Campus Safety officers see it. I doubt students only react this way to a fake safety car. They must know, and they must drive around knowing that they strike fear into the hearts and minds of dozens of totally innocent college students.

I wish I could paint the car, but it is a lease. It is temporary. Trauma is never temporary. If you think that students’ reactions to Campus Safety are temporary, you couldn’t be further from the truth. The department may be able to change, but they can’t erase the past, and the past gives students incredible fear.