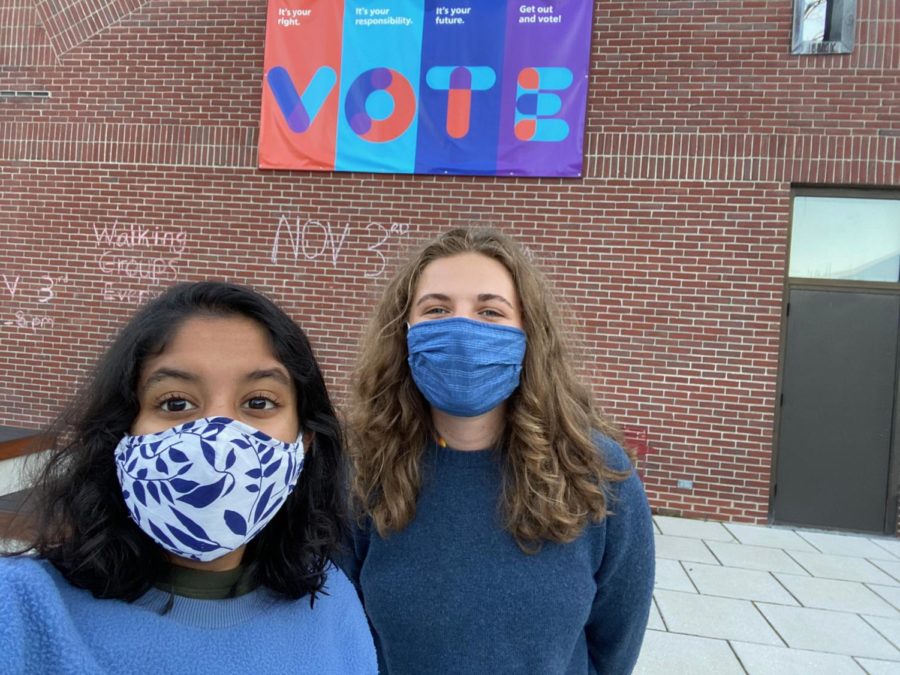 For the first time in its history, Bates has received the ‘Voter Friendly Campus’ designation from the Student Affairs Administrators in Higher Education and Fair Election Center’s Campus Vote Project, an organization which aims to reduce barriers to students voting and help campuses establish reforms that will provide their students with the information they need for voter registration.

This year, the designation was given to 235 colleges and universities across 37 states and the District of Columbia; within the state of Maine, it was only given to Bates and the University of Maine.

Every school had to submit a statement of interest, an action plan, and a wrap-up report about the importance of campus engagement and voter education. Peggy Rotundo, director of strategic and policy initiatives at the Harward Center, submitted the application for Bates.

“It’s an honor for campuses to receive the voter-friendly designation and to keep up that momentum,” said Stephanie King, director of strategic initiatives for the ALL IN Campus Democracy Challenge. This nonpartisan organization honors and empowers colleges and universities for their excellence in student democratic engagement.  “It shows that institutions like Bates are moving beyond episodic processes, supporting voter engagement beyond the minimum.”

“This is an opportunity for Bates to continue that designation for years to come, to not be stagnant, to vote in coalition, and for Bates Votes to keep up the momentum,” she added.

The non-partisan Bates Votes initiative, which was student-run and affiliated with the Harward Center, had a goal to encourage every student on campus and those studying remotely to vote in the 2020 election. Amalia Herren-Lage ’22 and Ashka Jhaveri ’22 led this campus-wide effort, urging students to explore why they vote. Their work resulted in more than 800 new voter registrations among Bates students.

In the fall, Herren-Lage recruited, trained, and supervised a team of eight other students who, in turn, recruited over 80 people to help with this effort. She and Jhaveri put together packets of registration materials for all incoming first-years, held virtual registration drives, visited over 25 classes to register students, reviewed registration cards, designed informative materials for the @batesvotes Instagram account, provided the nonpartisan information that students needed to cast ballots, and made sure that students had the information necessary to vote absentee or in-person in Lewiston.

Through their passion, flexibility, and hard work, the power duo helped provide the opportunity for hundreds of new voters to register and cast informed ballots in the fall. They did this even under stressful pandemic circumstances, raising important questions for all members of the Bates community to consider and transforming the landscape of voter-registration on campus.

“Programs like Bates Votes, which sustains momentum, are really important,” King said. “You want to make sure that after you and your peers graduate, the momentum at Bates stays consistent, that folks are still talking about voter engagement, that it’s a part of the culture and part of the institution, and that folks feel connected to the democratic process.”

She encourages students to engage in local elections in addition to national ones; to talk to legislators; to write letters to representatives, to Bates, and anywhere else that they would like to voice their opinions about the electoral process.

King noted that since the 2018 election, there has been a general increase in voter turnout rates across colleges and universities. She has some ideas about why this is the case.

“As more information becomes more prevalent and as college campuses talk more about voter engagement and education, there is a higher equation or equivalency of students turning out and exercising their right to vote,” King said. “In 2018 and 2020, get-out-the vote efforts have been much more publicized and more popular than they were in other years. College students have access to information through mediums like TikTok, Instagram, and Facebook.”

Rotundo also noted that there was an increase in Bates’ National Study of Learning, Voting, and Engagement (NSLVE) scores in 2018. The NSLVE database provides participating campuses with their students’ voting rates and registration information, which can be helpful for research purposes. Bates will receive the updated NSLVE report from Tufts University in the fall, which will reveal how many eligible students registered and voted in the 2020 election.

The reason for this increase in 2018, Rotundo said, is most likely because many students were concerned about policies under the Trump administration and wanted to be sure their voices were heard in Congress. In addition, the Harward Center and other student groups worked hard to help students to register and vote, likely contributing to the increase.

Rotundo is proud of all the students who exercised their right to vote in 2020 in the “midst of the chaos of the pandemic,” the student volunteers who worked to make it as easy as possible for their classmates to vote, and the faculty and Bates staff who supported this work.

“From Post and Print who handled absentee ballots to Physical Plant (Facility Services) who put up our huge vote sign by the Library Terrace, the entire college community came together to make sure all eligible students were encouraged to exercise their right to vote,” Rotundo said.

She emphasized that democratic engagement does not just take place during presidential elections. Democratic engagement, she said, means paying attention to the issues that are confronting your community at all times, involving yourself in helping to meet those challenges and voting in every election that takes place.

Her hope is that students will use the Bates Votes website in the future — which will be posted sometime over the summer — since this will provide them with voter registration information,  help them understand the governance structure of Lewiston, and help them make more informed decisions in the upcoming 2021 local election.

“I hope that Bates develops a culture where democratic engagement becomes the norm and where students are politically and actively engaged,” Rotundo said, “in whatever community they are living, including the Lewiston community.”