The Bates Student • May 7, 2021 • https://thebatesstudent.com/21934/news/photo-story-bates-students-walk-out-to-defund-and-disarm-campus-safety/ 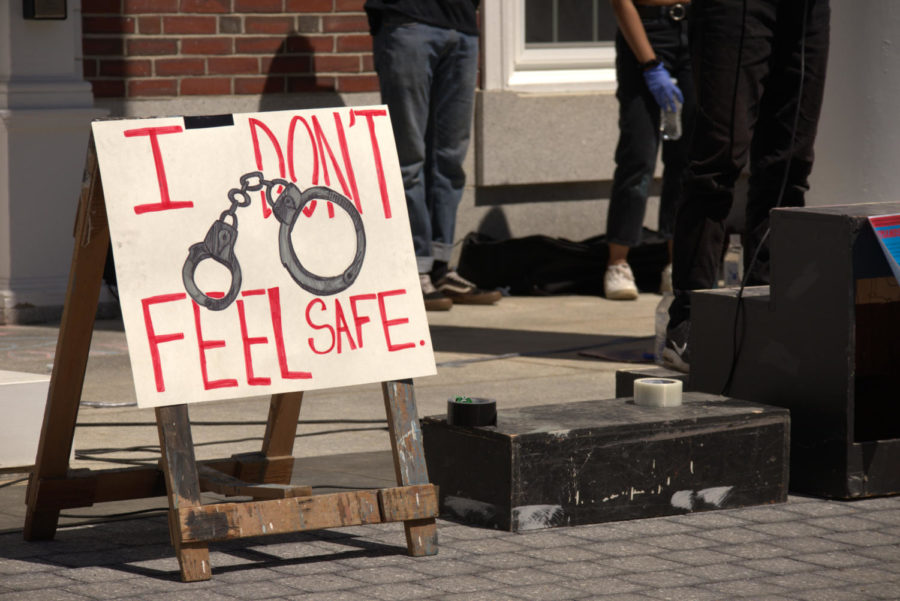 The Bates Restorative and Transformative Justice Coalition and the Bates Leftist Coalition hosted a walk-out outside Lane Hall on Friday, May 7 to “defund and disarm” campus safety.

During the rally, the coalition’s leaders emphasized their commitment to this fight and announced their list of demands for the college to disarm, defund and reimagine Campus Safety.

Students, faculty and staff, many dressed in black and some yielding posters, gathered on Alumni walk in front of Lane Hall.

Following the rally, students were invited to mark their handprints with red paint on a “Disarm + Defund” banner.

Students also placed their red-painted handprints on the columns of Lane Hall.

The coalition’s encouraged students to participate in a “march and noise-making session” through Lane Hall to deliver the banner to President Clayton Spencer’s office.