The Bates Student • May 5, 2021 • https://thebatesstudent.com/21915/features/outdoors-and-culture-update-on-bates-outing-club/ 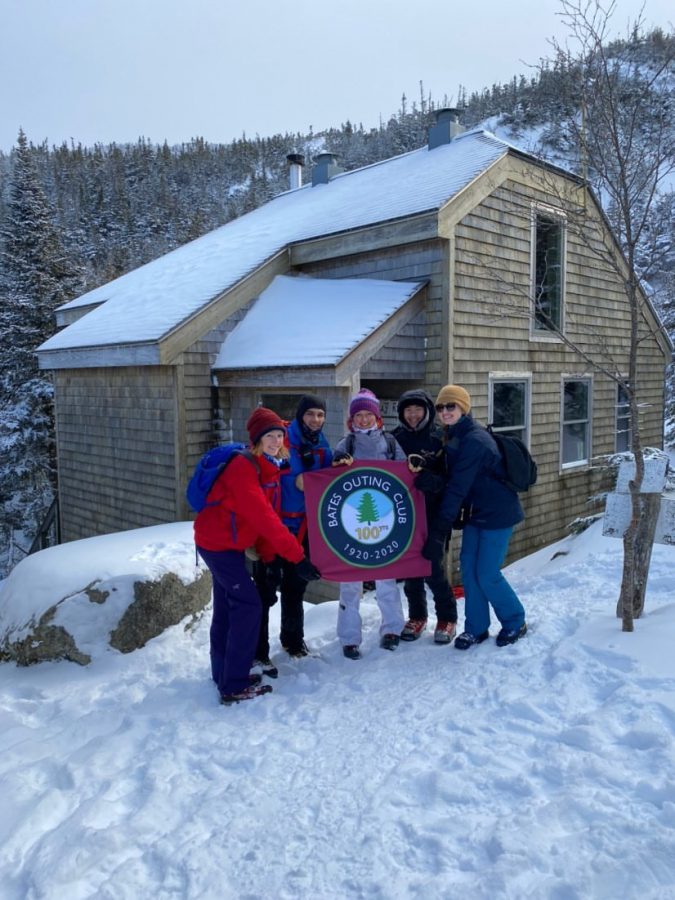 Over the summer, a post about the BOC was submitted to the Instagram account DearPWI. (PWI is an acronym for Predominately White Institution.) Previously, BOC members stated that they would work to restructure their club and make it more inclusive.

Ronan Goulden ‘22 and Sophia Hoag ‘23 are the club’s current president and vice president respectively, and they have taken these tasks to heart.

One task was a promise from last year’s BOC president: the club would work with other NESCAC outing clubs to discuss racism within their organizations. Goulden says that the BOC has upheld this promise.

“We have continued to work with the NESCAC Outing Club Anti-Racism Committee … recently, we have been collaborating to make a speaker series regarding outdoor accessibility and exclusion in the outdoors along with highlighting those who are actively taking on this work,” Goulden said.

REIMAGINING BOC AND THE OUTDOOR EXPERIENCE

For the first time, the club has a trip leader training, which was started by Marisa Melnick, the coordinator of outdoor education and programs, who works closely with the BOC. Before this training was implemented, leaders were asked to have CPR and Wilderness First Aid training, but did not have to go through any formal leadership training.

Ashley Koman ‘22, the secretary and co-community liaison, stated that “people who take the BOC’s trip leader training course spend a lot of time talking about race and the outdoors. We read articles written by people of color on their experience with the outdoors, and we also had group discussions on these articles and what we learned.”

However, a major reworking has centered on how the BOC classifies what an outdoor experience is.

“Outdoor experience can mean so many things. A walk through a city park, for example, counts as enjoying the outdoors just as much as a month-long backpacking trip … everyone is welcome, no matter what your experience is with the outdoors, and experience varies so much from person to person,” stated Koman.

Isabella Phillips ‘23, the other co-community liaison, added, “I think that although we are trying to change the definition of the outdoors, many people who consider themselves to be part of the BOC in the past and up until now have had extensive experience in the outdoors … this is part of what I think led to us really trying to broaden our definition of what being in the outdoors means, so that everyone on campus can see themselves as someone who comes into the club and sees their outdoors experience represented in what we do.”

Although barriers related to race were highlighted in the DearPWI Instagram post, there are many other groups that are marginalized in the outdoors including disabled people, people who are chronically ill, members of the LGBTQ+ community, and more.

Nathan Huynh ‘23 is a Feedback Folks member and the climbing director. According to the website, “the Feedback Folks … work to assess the BOC on its inclusion efforts to identify and recommend changes and strategies to make the BOC a more inclusive, welcoming space.”

When questioned about how the BOC plans to include these groups in the future of the club, Huynh answered, “During our Feedback Folks meetings, we have been analyzing different forms of data collected over the past year. Our initial thought was to create a quantitative survey about inclusion within Outing Club spaces, but soon came to the conclusion that asking people to revisit moments of trauma was unfair. We are now looking at the survey that Anna Mangum ‘21 sent out this summer and an alumni survey from 2016. After reviewing the data, we will hold the Outing Club accountable for cultural changes to make it a more inclusive space.”

Updates on the BOC’s progress is limited to listserv messages and discussions at club meetings. The BOC has over 1,000 followers on Instagram and maintains a website. Both platforms are often not up-to-date. The BOC continues to struggle with reaching the community in ways that are not through the listserv or within the club.

Hoag addressed this inconsistency about wanting to be transparent but also not informing the community on what they’re doing.

“There’s a lot to be worked on [social media] … we’ve been trying our best … but it has not been our focus … We’ve been doing a lot of that through email and Bates Today mostly.”

Goulden agreed with Hoag. “You can’t advertise culture change,” Goulden said, “Part of our strategy was to do things a little more quietly, but we’ve met another problem is that people don’t know that these changes are happening.”

They are envisioning the website will be used as a platform where students can find information on leading trips, joining scheduled trips, or proposing new trip ideas.

He added that the two things the BOC really needs to work on as a club is communication and community engagement.

Goulden noted that when it comes to engaging with fellow Bates clubs, Hoag and Goulden both admit they have not done well in this area.

“We’ve had a couple collaborative events this year, but most of those have been with clubs reaching out to us which is not the best model for club collaboration … working with affinity groups is a place we have not done well too,” Goulden said.

“Accountability to us is extremely important to us, Goulden said. “It has to do with the fact that the BOC has not always been as transparent as it can be.”

The restructuring that the BOC is actively doing demonstrates participation in the goal of making their club more inclusive, however, ensuring the change sticks is another challenge.

Koman stated that potentially there will be a position or committee that “specifically manages the buddy system and/or new member outreach and inclusion.” Koman believes that  this would be a way to ensure that programs that discuss equity and inclusion keep happening.

Huynh agreed and said that this is a concept they grapple with a lot in Feedback Folks. “We want more people passionate about changing the culture of the Outing Club and ensuring it as a space where people feel safe,” he said.

FROM STUDENT ORGANIZATION TO BATES PROGRAM?

A powerful structural change that is being discussed as a way to institutionalize structures is making the BOC a program, instead of a club. If this change is made, the BOC would most likely become the Bates Outing Program under the department of Campus Life. It would be under the specific direction of Melnick.

However, Goulden and Hoag want to make these internal reform changes first because if they do convert the BOC from a club to a program and make no changes to their culture, Goulden says that they would become “an institutionalized exclusive outdoor organization at Bates and that’s exactly what [they] don’t want.”

Currently, they are in a proposal process and have had support from both students and institutional support.

BOC meetings occur on Wednesdays from 6:30-7:30 p.m. in Memorial Commons. Email [email protected] or [email protected] any questions you may have about the club. There is also a space to share feedback on the BOC.