The Bates Student • May 5, 2021 • https://thebatesstudent.com/21910/news/campus-safety-officers-will-no-longer-carry-batons/ 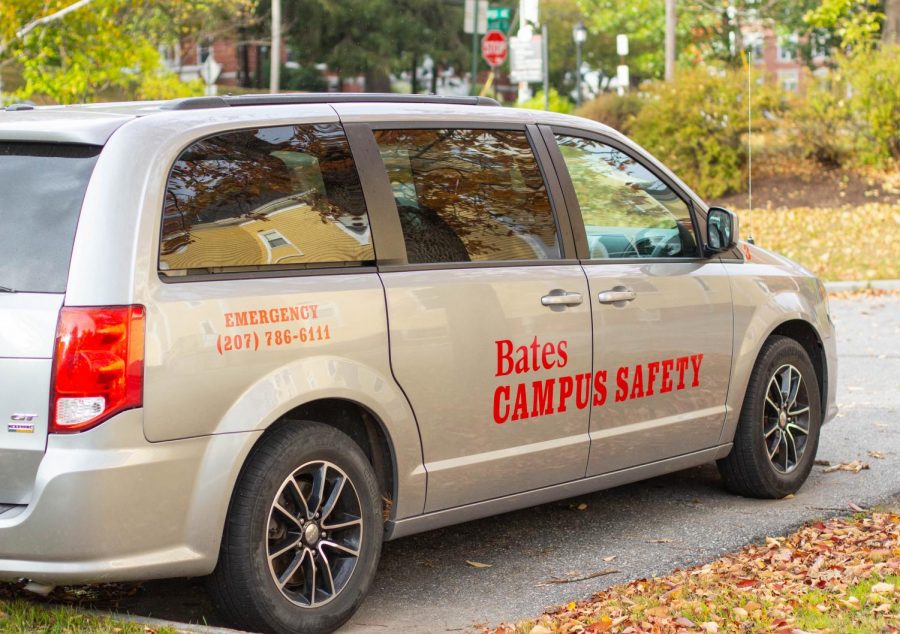 In a Tuesday email to students, faculty, and staff, Vice President for Campus Life Josh McIntosh formally responded to a petition that was created earlier this semester by members of the Bates Leftist Coalition (BLC) and the Restorative and Transformative Justice Coalition (RTJC).

The petition, which received 534 signatures and was delivered to President Clayton Spencer on April 22, asked the administration to halt the allocation of funds for body cameras as well as the “immediate removal” of both batons and handcuffs in the Office of Campus Safety.

McIntosh addressed both concerns about body cameras and the issues of baton and handcuff usage in his message.

Both he and Senior Associate Dean of Students Carl Steidel met with students “earlier this semester” who “urged” the administration to explore possibly supplying safety officers with body cameras “to provide more transparency and accountability.”

Despite this, McIntosh emphasized that neither he nor Steidel committed to implementing body cameras, and wrote that “unfortunately, it appears that some students took away from that discussion the belief that we have made a decision to implement the use of body cameras for Campus Safety staff.”

Instead, McIntosh and Steidel asked Sarah Worley, who was hired as an external investigator for an incident involving Campus Safety on March 5, to provide an “assessment of our Campus Safety operations and make recommendations for changes to improve our organization and operations at a fundamental level.”

McIntosh concluded that the decision about body cameras will not be made until Worley has had the opportunity to assess all options.

“As part of this assessment, she will consider a wide range of tools and approaches, but all decisions about how we move forward with Campus Safety will be made after the comprehensive assessment has been completed,” he wrote.

McIntosh also addressed the issue of baton and handcuff usage. Alongside Steidel, he met with a group of students who requested, in conjunction with the petition, that Bates “immediately [remove] handcuffs and batons from Campus Safety staff.” He wrote that after consulting with Worley and Director of Campus Safety Paul Menice, campus safety officers will no longer be carrying batons.

“Batons are not necessary or appropriate for use by Campus Safety in carrying out their duties,” he wrote. “Effective immediately, Campus Safety will no longer carry batons.”

Despite their decision to end baton usage, McIntosh wrote that, as of right now, handcuffs will still be employed by campus safety officers.

Handcuffs, he wrote, are intended to be used only to “restain a person in a genuinely threatening or violent situation.” While he admitted these situations are “rare” on campus, the administration decided there are in fact circumstances “where they may be needed,” and they are “appropriate for ensuring the safety of students and other members of the college community.”

McIntosh provided several questions they considered in their decision to continue using handcuffs, including the fact that if they were needed, students would have to call the Lewiston Police Department (LPD) to respond to incidents.

“If the local police enter into our residence halls at the request of a student or group of students because of a violent incident, what expectations do students have of these interactions and do Campus Safety staff also respond?” he asked. “Are members of the Bates community comfortable having a Campus Safety staff that cannot intervene to restrain violent individuals, including those who are not members of our campus community?”

Worley will also be studying the use of handcuffs in her assessment of Campus Safety, and will “make recommendations to the college about the best path forward.”

At least until that time, Campus Safety staff will continue to carry handcuffs.

McIntosh wrote that when Worley completes her report, a summary of her findings and recommendations will be shared with students, faculty, and staff. While the report is being made, the administration will continue to work with students.

“Carl, along with other colleagues, will continue to work with students, including the Student Affairs Committee and the Campus Safety Advisory Council, as we consider [Worley’s] recommendations.”

McIntosh thanked community members for their involvement, and acknowledged the flaws of the current system.