The Bates Student • May 1, 2021 • https://thebatesstudent.com/21832/news/parties-in-covid-19-isolation-house-irritated-neighbors-caused-concern/ 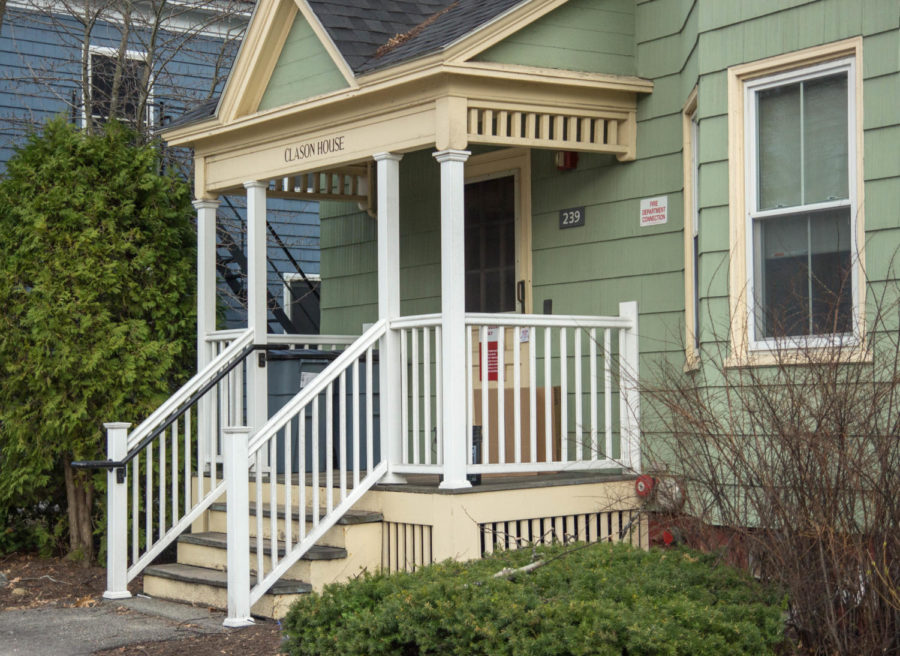 A group of COVID-19 positive students isolating in Clason House broke multiple quarantine guidelines during the recent campus outbreak, according to eyewitnesses and an email sent by Student Affairs on Apr. 8.

The violations included a “loud social gathering,” with Campus Safety being called to the scene four times. An officer repeatedly flashed lights at the building to try to stop the gathering, but despite multiple warnings, the party continued for “an extended period of time,” the email stated.

The gathering was in direct violation of the campus-wide in-room restriction as it took place during the lockdown. Student Affairs wrote that the actions of those students involved will be investigated and added that any resident of Clason who had information regarding the gatherings, including names of the hosts and attendees or the rooms in which it occurred, should contact them.

Students who test positive for COVID-19 are immediately moved into various isolation houses around campus. They have meals provided to them three times a day, access to Counseling and Psychological Services, and check-ins from medical providers.

Bates spokeswoman Mary Pols stated that because most isolation spaces can support many occupants, there have been “multiple instances” of students who have similar exposures to COVID-19 living together in isolation.

“Students have reported that having friendship and peer support in this way while going through a difficult isolation period can make all the difference in managing their health and wellbeing,” she said. “However, no students should be causing a disruption to the residential community when in isolation.”

She added that it is important for students to be taking care of themselves and monitoring their symptoms in isolation instead of partying.

“Students in isolation may be experiencing a range of challenging COVID-19 symptoms and trying to recover and rest,” she said. “There should be no loud or disruptive activities or gatherings.”

Despite this, many students in Clason were seen by residents in Parsons House, which is located right next door, breaking various sections of the Public Health Agreement.

On the first night the students in Clason moved in, Parsons resident Abigail Kany ‘21 saw them in a large gathering, going into each other’s rooms and onto different floors, and playing beer pong, all without masks.

“In the bay window room that we can see right into, they were all keeping their window shades up and their windows open so we could all see and hear everything,” she said. “These two guys were in there playing music and drinking and basically just partying and being super loud without masks.”

“There is no exception to the face covering policy for students in isolation or previously positive students,” she said.

Kany said that the mask-less gathering was so loud that residents of Herrick House, which is located one street over from Clason, could hear the partying and also made complaints. According to Kany, multiple people called Campus Safety before they arrived at the scene.

“It was tough to see [Campus Safety] not upholding the standards; it felt like [Clason residents] were getting a free pass,” she said.

Despite warnings from Campus Safety, residents of Clason continued violating the Public Health Agreement. Kany remembers seeing multiple residents take their towels out to the backyard and lounge without wearing masks.

“They just had no regard for the people they were living next to,” she said. “It was just such a slap in the face. There didn’t seem to be a sense of moral responsibility. [They] treated this like a vacation.”

According to Pols, policies on being outside differ for different isolation houses.

“Clason House is different from our apartment spaces, and students there received guidance that they can go outside to get a breath of fresh air on any porch,” she told The Student. However, they, just like all students, are expected to be wearing masks.

Tommy Sheils ’21 also lives in Parsons, in a room directly facing the sidewalk between the two houses, and had multiple instances where he worried about catching COVID-19.

“I was getting my bike a few days ago to go to Commons in the morning, and like ten feet away from me was a girl walking out of Clason without a mask,” he said.

He asked if she had tested positive, and she responded that she had. He immediately felt uncomfortable — although they were ten feet away, she was not wearing a mask. She became defensive and rude, according to Sheils, when he asked her to please put on a face covering.

Kany was “constantly” worried about contracting COVID-19 while living next door to Clason.

“Even if the transmission is lower outside, just walking down your sidewalk to put your bike away at your own house and having to walk through a cloud of people with [COVID-19] hanging out on the sidewalk [is stressful],” she said.

She remembers seeing residents of the isolation house regularly outside the building, oftentimes on the porch, where Parsons residents walked by regularly. Masking was infrequent and inconsistent, according to Kany, who said face coverings were mostly around their necks.

“Since they did that in public spaces, they were threatening all the other people who live in the nearby houses,” she said.

At one point during lockdown, Kany chose to sit outside of Parsons to eat. She remembers feeling anxious while seeing some of the isolation house residents who had been partying earlier walking up their porch. One student, she said, waited until he was about to walk into the building, then turned to her and mocked her concern that he was not wearing a mask.

Kany stated that she hopes the college fully understands the violations committed by many of the Clason residents.

“If you can’t adhere to the community guidelines, you can’t be in this community,” she said. “The administration should be public and consistent in how they monitor student behavior and discipline those who violate the community guideline contracts. I don’t think it should be my job as a student to be a supervisor of others actions [and] feeling like I have to police the rule violations of positive COVID-19 cases living next door for my own safety.”

Pols told The Student that Bates takes the violations seriously.

“The college looks into every complaint that comes forward, and when there is sufficient reason to believe that an individual is responsible for a policy violation, the student is referred to the student conduct system,” she said.

However, the college does not disclose student conduct matters, so it is unknown whether any students in Clason faced disciplinary action.