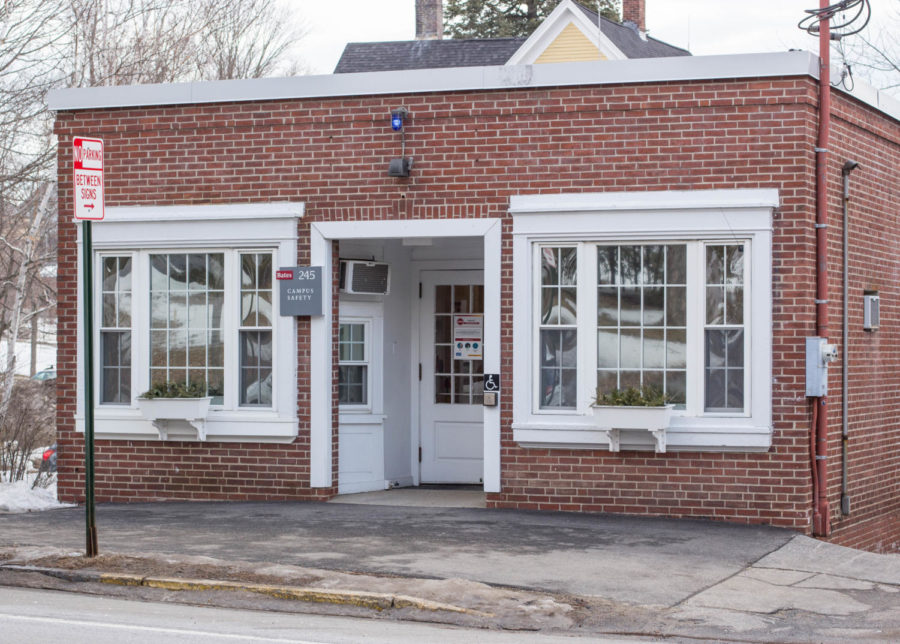 In an email to students on Tuesday, Senior Associate Dean of Students Carl Steidel shared that Lead Campus Safety Officer Dennis Skinner has been dismissed following an investigation which found he violated Bates’ use of force policy.

Bates did not identify the officer in question citing privacy concerns, but The Student has previously confirmed Skinner’s identity.

In the incident on March 5, Skinner physically restrained and tackled a first-year student in Rand Hall. Skinner and a second officer handcuffed the student and then called the Lewiston Police Department (LPD) for backup. The identity of the second officer has not been confirmed.

The description of events included in the report aligns with what witnesses shared with The Student in following the incident.

External Investigator Sarah Worley spoke to nine students and three Campus Safety officers. She also reviewed Campus Safety incident reports, an LPD report, video recordings made by student witnesses, footage from an LPD body camera, photographs of the injuries to the student, and relevant college policies. In her report, Skinner is referred to as “Officer 1,” and the student as “Student A.”

The report concluded that Skinner violated three elements of Bates’ use of force policy, which dictates how and why Campus Safety officers are allowed to use force.

“In light of these policy violations, the college has concluded that Officer 1 can no longer serve the institution and is no longer employed by the college,” the report stated.

According to the report, Skinner tackled the student in order to “enforce a request for identification.” The policy states that safety officers are supposed to employ the “minimum force reasonably necessary to achieve an authorized purpose,” and found him at fault.

The report further states Skinner had no justification for the use of handcuffs because “once Student A attempted to flee, he did not represent a threat to anyone’s safety.” The policy states that officers are only allowed to handcuff students if they are posing a threat to their safety or the safety of those around them, have committed a misdemeanor in the officer’s presence, or are suspected of committing a felony. Skinner acknowledged in his interview that none of these guidelines were met when he handcuffed the student.

Additionally, the report concluded that the restrained student violated four student conduct policies. He violated two “Student Public Health Agreement” guidelines by not wearing a mask and socializing in a residence hall where he did not live. He also violated two “Code of Student Conduct” guidelines by consuming alcohol and failing to provide identification to a Campus Safety officer.

The report added that the other students present at the incident also broke “Code of Student Conduct” rules by making “highly offensive and disrespectful remarks” to Skinner. They were without masks, according to the report, and were consuming alcohol, as well.

“This incident involves serious deviations from expected behaviors among multiple community members,” the report stated. “A Campus Safety officer failed to follow known policies on use of force. This officer has been held accountable through the loss of his employment. But the students’ failure to abide by the college’s community standards cannot be dismissed.”

The report did not specify why LPD was called to the scene beyond a need for assistance. According to the report, the LPD officer spoke to both the restrained student and Skinner who “made it clear” that he did not want the student arrested.

“These issues require further examination and deliberation by the college,” the report said. “The college will communicate with the Bates community about this next phase at the conclusion of this portion of the investigation, which we anticipate will be by the end of the winter semester.”