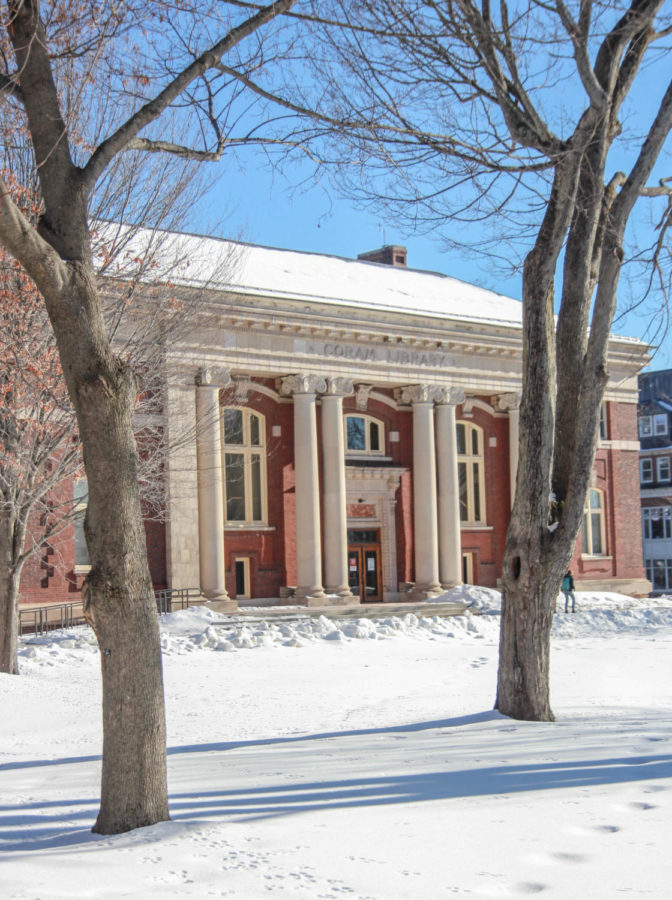 In an email to students on Thursday night, Campus Life shared that the election results of the Bates Student Government (BCSG) presidential election, which were initially announced on Tuesday, have been declared void.

The decision comes after it was revealed that 55 members of the class of 2021 voted for executive seats when, as seniors, they are not permitted to do so. Seniors have not been allowed to vote in the presidential elections since 2017, according to the Campus Life. The email stated that the error was discovered by Information and Library Services (ILS) on Wednesday.

BCSG convened an emergency meeting at 8:00 p.m. on Thursday and voted unanimously to invalidate the results of the election for executive seats and to hold a re-vote for the election, with one member out of the eleven voters not present. All presidential candidates were able to attend the meeting.

In addition to nullifying the election, the BCSG voted to permit all tickets in the previous election for executive seats to run in the re-vote election by a margin of eight to one, with one member abstaining. They also voted nine to one to reopen polls by Friday and close them on Monday night.

BCSG also voted to prohibit candidates from campaigning during the re-vote period; eight members voted against campaigning, while two were in favor.

The email stated that the margin of victory was smaller than 55, which prompted their decision to schedule a re-vote. The votes are anonymized after submission, meaning members of Campus Life are unable to see who the seniors voted for and remove their ballots.

“While this process has been extremely stressful, we want to encourage everyone to vote and elect the ticket that can be the best representation for the future of the Bates community,” they wrote.

“This is an extremely difficult situation for [all] of us,” they wrote in a statement. “In making this re-election the best representation of the Bates student body, please vote and make sure your voice is heard.”

Third place finishers Joseph Visconti ‘24 and Huck Triggs ‘24 shared they were “disheartened to see only about 600 students participated in this election cycle.”

Although results were not publicly released, voting tallies were discussed at the BCSG emergency meeting on Thursday A class representative confirmed to The Student that an estimated 600 students voted in the election, including the 55 seniors.

They hope all students will take part in the re-vote. In addition, the two first-years think that seniors could have shifted the winning numbers, and believe there is a chance there will be a new winner declared. Despite this, they remain supportive of Retana and Vaz.

“All the presidential tickets are more than qualified to do a fantastic job in running the BCSG, however, [Retana and Vaz] as incoming seniors and both highly involved members in Campus Life had a great opportunity to lead our school and make the changes necessary for a better college experience for all students,” they said.

Sobie Sobolewski ‘22, who ran with vice presidential candidate Georgina Scoville ‘22 and finished fourth, said he feels “frustrated” that the error is causing a re-vote.

“Every single candidate has poured their heart and soul into their campaign, and to see voting occur again without the opportunity to campaign is disheartening,” he said. “Despite this unfortunate event, I want to encourage every [one of] the first years, sophomores, and juniors to go out and vote — the fate of Bates rests in your hands!”

In an email to students on Friday, Eileen Zimmerman, Director of Systems and Development of Integration, wrote that the mistake was “unintentional and due to human error.”

She continued that she understood the “angst that this error has caused many students, especially those involved in this race,” and said the office takes full responsibility for the error.

Campus Life stressed that no candidate complained about the issue; instead, they were informed by Information & Library Services. In addition, the email asked students to “be kind to one another and afford grace to each other.” They stated it is “vitally important” that elections are conducted “in a fair and transparent manner.”