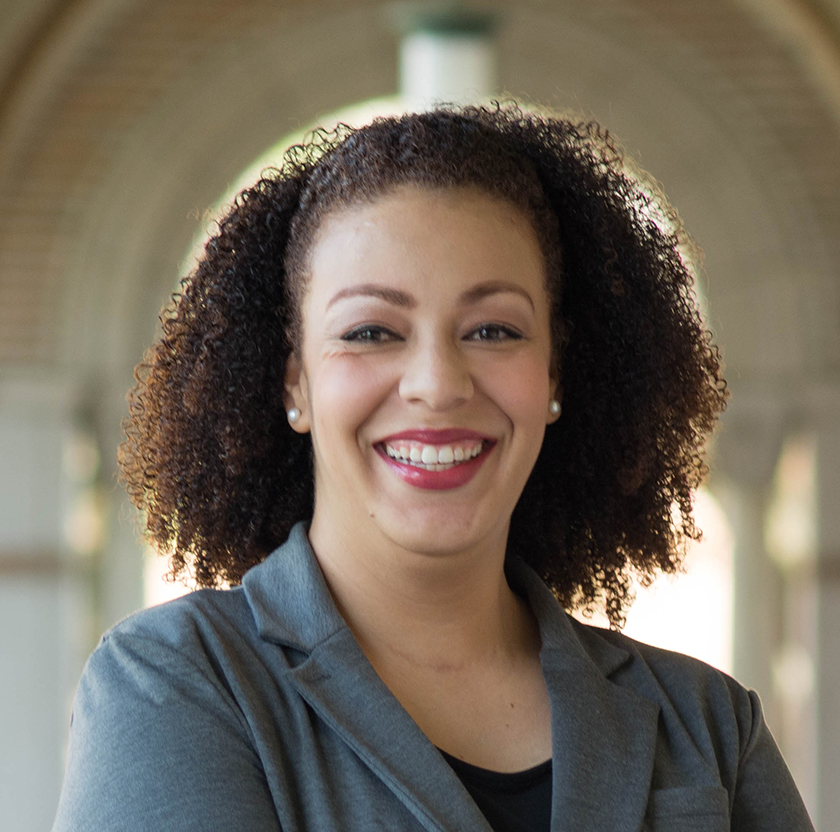 Dr. Lori Banks, Assistant Professor of Biology was named one of the 1,000 Inspiring Black Scientists in America.

Before she was Dr. Banks, assistant professor of biology at Bates, she was a fourth-grader captivated by an experiment at a material science lab at the Boeing Company where her parents worked. A rubber chicken was launched through a cannon, aimed at an airplane windshield prototype to test its ability to withstand the force. In December 2020, Dr. Banks was named to a list of 1,000 inspiring Black scientists in America created by the Community of Scholars, an organization focused on advancing scientific discovery while innovating diversity, equity, and inclusion initiatives. The purpose of the list is “to remove the bleach from the history books” and to “dismantle the myth that outstanding Black scientists make up a small percentage of the scientific community.”

Dr. Banks was drawn to the scientists who performed this experiment as they were solving real-world problems, but they also seemed to be having fun. “How could I be one of these people?” Dr. Banks remembers asking herself.

Dr. Banks is currently conducting research on a protein called nonstructural protein 4, which is a type of protein expressed in a strain of rotavirus. Rotaviruses can be dangerous to infected individuals due to massive fluid loss and can be especially hazardous to children, as there is a correlation between a decline in cognitive function and the rate of infection before the child’s fifth birthday.

Since there are rotavirus vaccines already available, Dr. Banks’s research team is working with places throughout the world, particularly in South and Southeast Asia and sub-Saharan Africa, where rotavirus is most endemic. By studying nonstructural protein 4, her lab is currently developing an antiviral medication for those already infected with rotavirus.

To read more about what Dr. Banks is currently working on and her selected publications visit her bio on the Bates website.

“When you see people on the list next to you who are mentors going back to undergraduate days, or colleagues that you hold to very high esteem, it can be extremely humbling,” Dr. Banks told The Student.

Another scientist named to the list, and greatly admired by Dr. Banks, is Dr. Kizzmekia Corbett from the National Institute of Health and the lead scientist for the Coronavirus Vaccines & Immunopathogenesis Team that created the Pfizer vaccine.

Dr. Banks’s initial interest in science began early as both her parents were engineers at the Boeing Company, an aerospace engineering company. Her mom was on the business side, while her father was an electrical engineer on the more operational side of the work. “I have always known [science] was available to me. It was sort of like dinner time conversation to me,” she reflected.

It was a take-your-daughter-to-work day campaign — designed to get young women interested in STEM careers — at her parent’s work where she witnessed the rubber chicken experiment. “In the early to mid-80s there was still definitely a feeling that jobs in STEM were not for women, and so it was specifically intended to combat those feelings,” Dr. Banks said.

Current research shows that around the fourth-grade, girls start to feel peer or societal pressure to not be smart. Dr. Banks describes it as if a switch is turned on in a girls’ brain where unintelligence is seen as feminine and it becomes desirable to dumb down your interests to be less intimidating to men.

The mentorship her parents provided was important in her introduction to the world of science as well as her understanding of the world of academia and business. When Dr. Banks was in junior high and high school, her parents were going through management training, and she remembers them having to read the book “7 Habits of Highly Effective People” by Stephen R. Covey. She was also forced to read this book, which served her well by allowing her to engage with information on professionalism and proper ways of communicating.

“Stuff that most people were doing in college we were doing in high school. They really pushed us, and it made us better for that,” Dr. Banks reflected.

Dr. Banks’ high school experience and the mentorship of her parents prepped her for studying biology at the Prairie View A&M Honors College and the Premedical Concepts Institute — a summer program for freshmen interested in pursuing careers in medicine and the biomedical sciences. After completing her undergraduate degree, Dr. Banks received her Ph.D. in Molecular Virology and Microbiology from the Baylor College of Medicine.

In the last 50 years, there have been tremendous gains in terms of the number of women who make up the STEM fields, increasing from 8% in 1970 to 27% in 2019. However, discrimination on the basis of race and gender still persists within the fields.

“Unfortunately, there is a lot of misogyny and racism in the scientific community like there is in the rest of the world,” Dr. Banks said. “There were a lot of meetings I was left out of, or people would discourage me from pursuing a full-time career because of what it would mean in terms of the traditional role of a woman in a family.”

There is one particular memory from her first summer research program in undergraduate school when a sexist remark was explicitly directed towards her. Dr. Banks was talking in the cafeteria one day with the male student she was co-mentored with; at only the age of 21, he was already thinking about how it was unrealistic for her to pursue the career path as an MD/Ph.D., which she was interested in.

“That is not really a thing for women to do because even if you had time to mesh clinical practice and research, the only real way you would be home in time to get your kids off the bus is if you did something like dermatology,” Dr. Banks remembered him saying.

Dr. Banks made it clear that it is entirely possible to have both a STEM career and a family. “There is no member of our species that has not come through the body of a woman, so it’s not really a thing that is weird. It is the way we frame it. People have been having babies and making business happen for the entire existence of our species. Today is no different,” she said.

The racism Dr. Banks experienced in the scientific community consisted of being mistaken for the custodial staff while she was a Ph.D. student. She also received comments from her peers and professors who expressed their “surprise” at how her cognitive ability was the same as her peers who went to Ivy League schools while she went to a historically Black college.

“Sometimes you have to be snarky with people to let them know how foolish their questions are … Other people’s insecurities are their problem, not yours. If I had listened to those people, I wouldn’t be where I am today,” Dr. Banks advised.