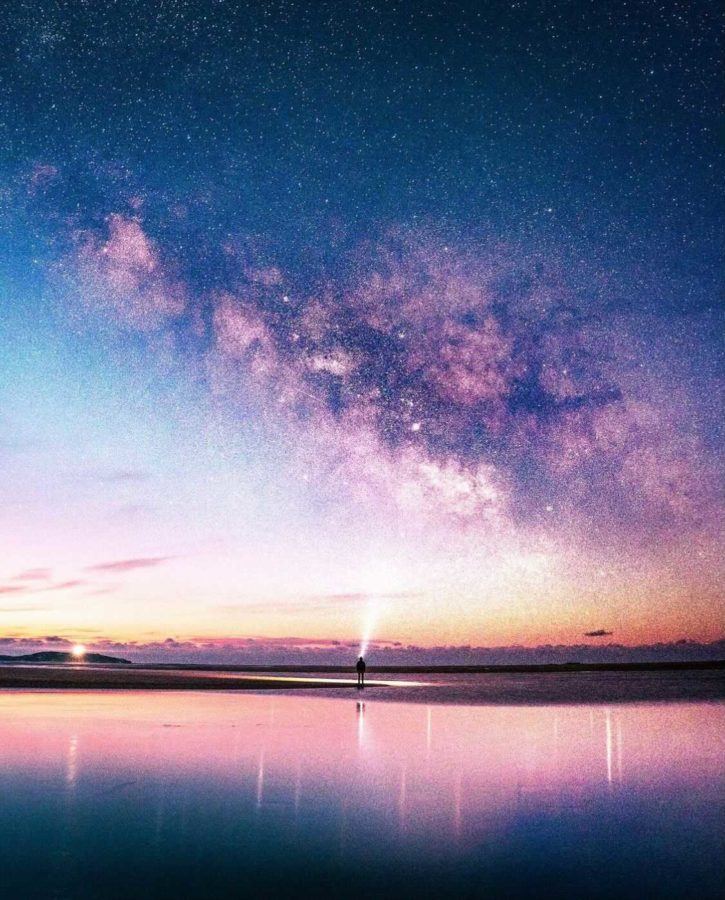 Jack Cantor’s passion for the outdoors and recreation has led him to some beautiful places.

Jack Cantor ‘23 became passionate about photography when he was about 9 or 10 years old. For Christmas, he received a Nintendo DS, which he sometimes used for playing games, but primarily for the feature he loved most: the camera. He took countless photos of his cat and took his Nintendo DS camera everywhere he went.

As Cantor grew up, he also became interested in outdoor sports such as downhill longboarding. However, due to the dangers of the sport, Cantor started taking photos of the competitions instead, introducing him to sports photography.

Cantor is now a wildlife and outdoor sports photographer, allowing him to combine his love of the outdoors and sports with an art form.

“I’ve always been somewhat outdoorsy, and more recently I guess for me, I connect it to endurance athleticism . . .When I’m in the mountains, I like to combine long, hard days with art.

I can connect to my environment through trail running but combine it with an artistic practice,” Cantor expressed.

One memorable interaction was photographing a great blue heron in a set of rapids in a river. As he was wading through the water and watching the bird pull fish out of the water, all while trying to get a good shot, he felt as if he was “dancing” with the bird.

It is clear that Cantor has fostered his love of photography throughout his life. However, he did not believe that art school would offer him anything that Bates could not. In fact, most of Cantor’s favorite photographers didn’t study as artists.

“For the type of photography I do, I am not convinced that the best photography is really taught in the classroom environment. I am a firm believer that it’s developed from going out and doing it, and finding your own style.”

At Bates, Cantor is a religious studies major, and he finds value in the liberal arts education. He expressed that majors like his are important in that they not only carry an important set of information, but they also teach people how to think and look at things with different perspectives.

As someone who wants to pursue photography professionally, finding value and figuring new ways to shoot is critical. Currently, Cantor is focused on cultivating a portfolio with compelling images and stories. However, he is looking forward to working on longer, more involved projects (which would bring in income), as well as getting support from various companies and institutions, including Bates itself, as Cantor is looking into doing grant work with Bates.

When asked if there was a particular publication that he would hope to work for, Cantor responded with a publication famous for its photojournalists: National Geographic.

“I think in the photography industry [it is] the most coveted [publication],” he said.

Cantor appreciates the stories that National Geographic tells and the impact it has, but because the publication is more focused on photojournalism rather than being an artistic publication, Cantor believes some of the photos are not as compelling. Long term, he hopes to work as a freelance photographer, but at the end of the day, Cantor says that most photographers would be lying if they didn’t want to shoot for National Geographic.

Though Bates does not have its own dedicated group of photographers, it does have the Bates Arts Society, which featured Cantor’s work in the Winter Arts Festival. He found them at the club fair during his first year at Bates and quickly joined, but the club hasn’t been as active as this year partly due to COVID-19 restrictions.

Cantor has found the most helpful thing about the club to be working with the club’s president, Nick Charde ‘21. Charde is also a photographer and has helped Cantor in coming up with ideas as well as editing photos.

One of these ideas has been working in the pre-dawn time of day. There are still visible stars, but the sun is creeping up. Cantor has only posted a few of these images and is excited to continue shooting at these early hours of the day.

When it comes to Cantor’s favorite image, though, it’s not a specific photo. Instead, he feels most proud when he’s successful with a new technique: “It’s when I have an idea for something new and it works out . . . that feeling of excitement is absolutely rad.”