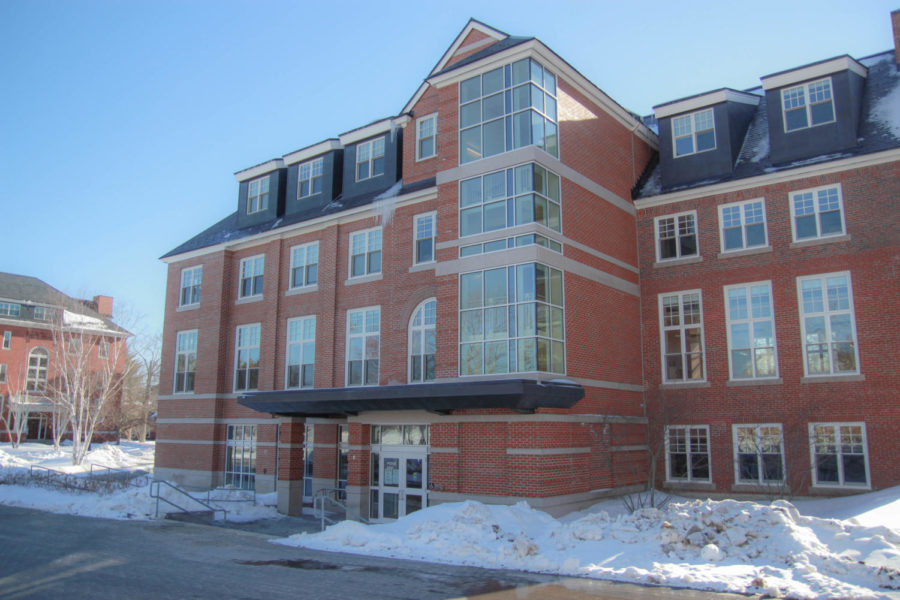 On Tuesday, March 30 and Wednesday, March 31, President Clayton Spencer held an open student forum regarding the continuation of the module system next fall.

In an email sent out to current first-years, sophomores, and juniors, Vice President for Campus Life and Dean of Students Joshua McIntosh wrote that as the administration and faculty plan for next fall, they are receiving guidance from public health officials to assume that there will still be a need for six-foot physical distancing practices next year.

At the start of Tuesday’s student forum, Spencer explained that although faculty members had already voted for the modular system next fall on March 1, the day after they voted President Biden announced an accelerated vaccine rollout plan. This announcement called for a reevaluation of the fall plans for Bates, and well aware of the growing student opposition to the module system, Spencer and the administration held the forum with the hope of understanding the extent to which the module system has impacted the education of Bates students.

Students at the forum were also informed by Spencer that the public health experts she is working with believe the month of April could potentially bring a larger volume of COVID-19 cases on campus due to the COVID-19 variants. This prediction was made at the start of last week before the number of active cases hit 34 on Thursday and before the campus-wide lockdown was instituted.

President Spencer expressed hope that “the fall will look more like a pre-covid year” with most people receiving their vaccines by July. Mary Meserve from the Office of the Registrar and Academic Systems has also been evaluating a range of new strategies to maintain the required six-foot physical distancing in classrooms. The addition of the Bonnie Science Center opening next fall will also provide more classroom space, which will be required if Bates moves back to a regular semester structure.

Even so, there is still much to figure out if Bates is to return to a normal semester, but with the feedback from students, Spencer hopes to create the best learning environment for students next fall with the guidance of public health experts.

After Spencer finished the informative part of the forum, she opened the space for students to speak about the impact the modular system has had on their education at Bates.

Students reached an overwhelming consensus that the module system had negatively impacted their education at Bates during the student forum.

Many students demonstrated an understanding of the public health reasons behind the modular system but expressed a preference for the original semester structure for various educational reasons.

“I am pretty saddened about what I am able to take away from my classes,” Julia Raboy ‘22, a humanities major, said. “In the past, my classes have been so mind-altering, and now that the classes move so quickly, I don’t have the time to digest anything… It’s changed my attitude towards school in general.”

Even first-year Celia Tolan, who had no prior experience with a regular semester system at Bates, said that the modular system prevents students from trying to understand the material, and instead they are solely “focused on passing the class.”

Ilana Rosker ‘23 pointed to the inequities that the module system brings. “The module system hinders students who learn differently,” Rosker said, referring to the accelerated structure.

The increase in tuition was also a contributing factor to students’ anger. Adam Naddaff-Slocum ‘22 found that the increase in tuition coupled with what he felt was a decrease in the quality of education has allowed for a negative experience that he hopes does not continue into the next academic year. “Not a good combo,” Spencer said in agreement.

It was also mentioned that not all teachers were able to use technology, such as Zoom, as well as others, which made learning remotely difficult. If the fall is to remain a module system, it was recommended that there should be more technology training in place for professors.

Both President Spencer and Malcolm Hill, the dean of faculty, expressed their disappointment that students are having a difficult time with the module system on many levels. Blake Reilly, the assistant dean of students, asked if the module system had any effect on student life. Students responded that the module system itself did not necessarily impact clubs or other extracurriculars, but rather due to the intensity of classes, they did not have much time for other activities.

Overall, these students feel that the module system has failed them on multiple fronts and hope that things will be different next year.