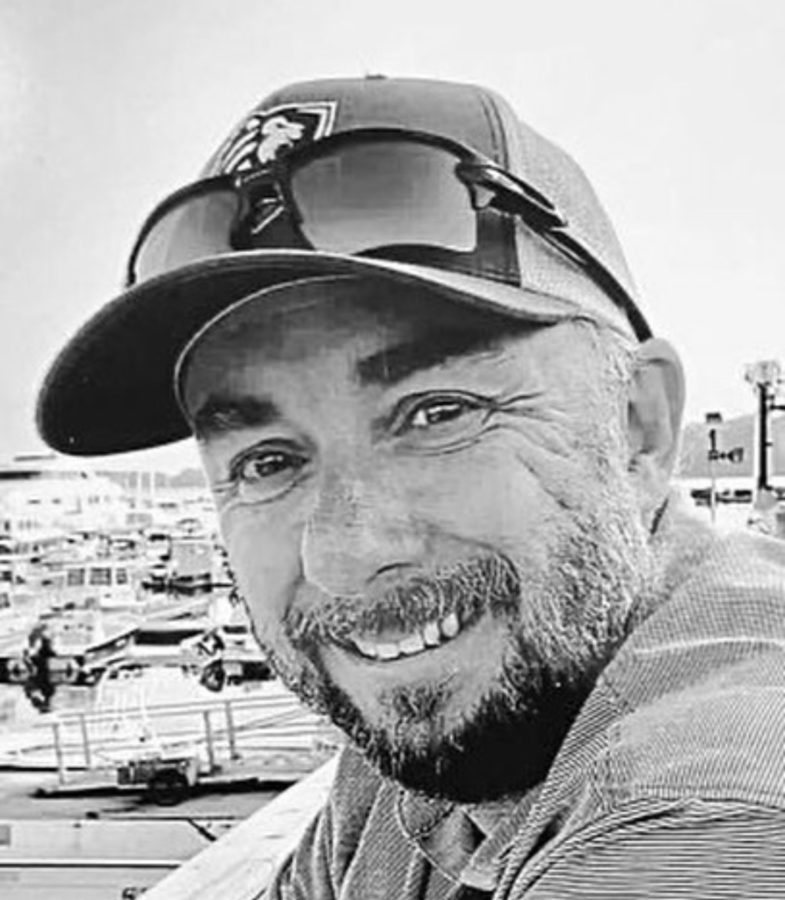 Bates Men’s Club Hockey Coach, Aaron David Rand, passed away unexpectedly on March 5 due to injuries sustained in an accident. He was 51 years old. The 2021 hockey season would have been his third with the team, had the season not been cancelled due to COVID-19.

Coach Rand was born in Lewiston, grew up in Auburn, and was very involved with the L/A community throughout his life.  Many knew him as simply “Coach,” due to his generous nature and passion for athletics, which compelled him to work with and mentor younger generations.

In his most recent coaching position, Coach Rand served as the coach of the men’s club hockey team here at Bates. Coach Rand coached at Bates for two years. He served as an assistant coach in his first year (2018-2019) and later assumed the role of head coach in his second and final season with the team (2019-2020).

Serving as the assistant coach in his first year allowed Coach Rand to influence the team on a more personal level. Without being solely responsible for the game plan and “X’s and O’s,” Rand had more time to develop intimate relationships with his players, which was Coach Rand’s bread and butter.

Coach Rand’s fun-loving nature, jokes in the locker room, and enjoyment while spending time on the ice made him immediately welcomed by our team and made for a very smooth transition from day one.

Coach Rand’s transition to the head coach position began with the Bates men’s club hockey trip to China in March of 2019. This trip was an incredible opportunity for all involved, as the team was faced with elite competition from all around the world in addition to having the opportunity to explore China and its culture as tourists.

Because Coach Rand was the only coach accompanying the team on this international adventure, the team has Coach Rand to thank for donating his time, away from his family and friends, in order to make this trip possible. Coach Rand also fully embraced this once in a lifetime opportunity, enjoying every step of the way throughout the process.

The following season, Coach Rand remained the sole coach of the team, and he managed this burden with ease. While our team may not have been the most skilled, we made up for that with heart and character, and Coach Rand was the embodiment of that joy and camaraderie that kept players consistently excited for the next game or practice. We did not have the same depth as most of the other teams we faced, but we were coached without prejudice and this all-for-one nature became the cornerstone to the team’s mentality throughout the season.

It would be remiss not to mention Coach Phil Porier, a good friend of Coach Rand who was brought in during the season to assist him with his coaching duties. Seeing the dynamic between these two old friends gave us a window into the personal life of Aaron Rand, as opposed to “Coach Rand” as we knew him. Their friendship only reaffirmed his kind-hearted and fun-loving nature.

Coach Rand is a man that will be remembered for his kindness of heart and his quick wit.  He was someone who was radiant with a sense of joy and enthusiasm for life. These factors were integral to who he was as a coach, and who he was as a person.

Coach Rand would often be found out on the ice far before practice was set to begin, skating around and shooting pucks while the rest of the team was just arriving at the rink. Though it was not a conscious decision on his part, this level of dedication showed the team his passion for hockey and spoke volumes about his commitment of time and energy.

Coach Rand is survived through his parents, wife, children, grandchildren, close friends and many, many more whom he impacted, either through coaching or other areas of his generous nature.

Please consider donating to the Aaron Rand Memorial Scholarship Fund if you are able. The fund is a scholarship set up by the Rand family for athletes attending ELHS pursuing higher education, in keeping with Coach Rand’s commitment to assist the athletic and greater interests of the youth in his community.

Members of the Bates Club Hockey team are initiating efforts to create a remembrance in honor of Coach Rand here on the Bates campus, specifically at Underhill Arena. Plans are in the very early stages; however, emails have been sent to administration in order to begin the process.

Coach Aaron Rand was a great coach and a better person; he will be missed by many.