IN THE WAY: a Bates College Experience 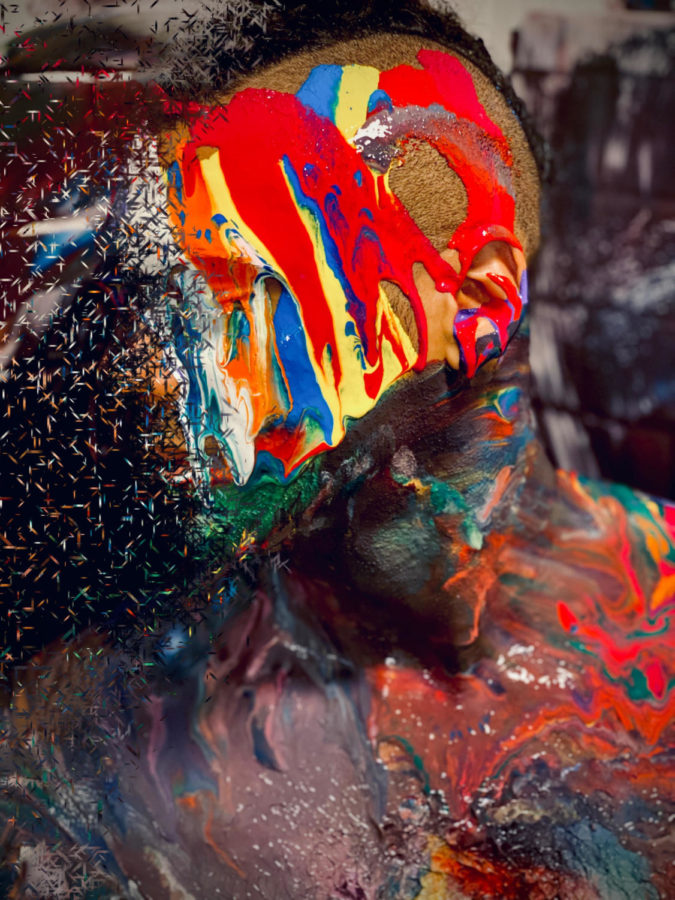 Lecturer in Dance Brian J. Evans came to Bates last fall after earning his Masters of Fine Arts degree in Dance from the University of Washington, Seattle Campus. Beginning a tenure-track position is a daunting task by itself. However, to start his new role during the pandemic in a department criticized for its lack of inclusivity has been a difficult experience.

The most recent update to Bates’ anti-racist work, published Nov. 30, details the introduction of new plans to “disrupt structures of racism” in the college. In his account of his eight months at Bates, Professor Evans reports that the college has not been engaging the “transformative power of our differences,” as the mission statement promises. Instead, his time at Bates has led him to ask, “Am I in the Way?”

The Bates Student is commonly perceived as a publication for students. However, it has always been our intention to elevate the voices of all members of the Bates community ― students, faculty, staff, alumni, and more.

We recommend listening to Professor Evans speak his truth in his own words.

Bates Student · In The Way – a Bates Experience

It’s a question I’ve been mulling over for a while now, eight months or so. I’ve been reading through student documents from the before times, and I am starting to understand, get the impression, at least, that I might be… in the way, that is. In the way of progress, in the way of actual change, in the way like half measures and placating responses.

There were nine folks on the hiring committee for this position I am currently in. A lengthy and thorough process resulting in a choice: Will this Brian J Evans get to have a voice? A say in what goes on here at Bates College, proper. It was presented to me as though I could be a show stopper. A sign of change for the world to see, it sounded like a good gig, but between you and me, I had this unsolicited thought, a whisper you could say: “It’s all well and good you come, just don’t get in the way.”

In the way of what? Might be the next question and this is what I have come to realize is that Bates really doesn’t need me, unless I come as ‘strictly’ advertised. And what do I mean by that, yes it is a bit tongue in the cheek I must say, but biting my tongue isn’t all that funny and so I’ve loosened it a bit to say that since I’ve arrived I have been giving everyone the benefit of the doubt, I try not to pout, or to fret because it’s the times we are in, everyone is stressed, a pandemic is on. Etc. ad infinitum… Just wait and you’ll see. Now there’s a good line. Just wait and what I’ve seen is that my very presence will be the change, that is all that is needed. Get enough of us and you’ll see Bates has been, is now and will be exactly what it was meant to be. “Dedicated to […] emancipating” through the liberal arts, yet this ardor and devotion seems distinctly misplaced, because the ways I’ve shown up have left me falling flat on my face. Not all the time and certainly not everyday but enough times to ask the question:

Okay so here’s where you can imagine I’d add my obligatory rant of things that have been challenging which honestly all becomes rote. It’s nothing really all that unexpected, so I’ll just put it in a footnote.[1]From being introduced as one of the first two black faculty in the department, (I prefer mixed-race by the way) to “diversifying” the BDF advisory board, to Instagram miscommuniqués and feeling … Continue reading

You see, I had forgotten my ID at home and instantly it felt as though I was in danger. I didn’t feel safe on campus without my identification proving I was meant to be there and calling campus safety to enter the building, currently, seemed extremely oxymoronic. You see a week prior, a campus safety officer tackled a student on campus and was recorded detailing the biases they had about students of color and the college and indeed the entire force may have similar inclinations and it’s not just the incident as it is the pattern of communication surrounding it. I had just formally found out the day before. I say formally because informally I had pieced together a communications picture that didn’t look all too great. Six days! A few publications, a friend telling me that advancement got a heads up to head off worried alumni, and a student email for goodness-sake, a mistake I thought, because six days is too long. Six days after to tell faculty, who are typically first points of contact with students is far too long and that resulted in a sort of malaise that swept up my entire week, perhaps encapsulated my entire eight months and that being here at Bates felt wrong.

I had been busting my ass trying to lecture-ize dismantling white supremacy, had in fact made an entire work of art out of it, having been commissioned by a few churches out of Minnesota. I called it CONVERSING WITH| white supremacy. Come to find out it would be more apt to my own situation than their’s.

And I could go on about my outrage and how unacceptable any and all of this might be, I could opine about precedents and poorly working policy, I could be more personal and try and convince folks of my humanity, but simply I am tired of doing that without much happening. So naturally, the question is why I am writing this pseudo poem and recording it for posterity?

I think it’s because of Love. Love of self and love of you, Love of the work and loving the idea that I just need too. I need to so that anyone that comes after or alongside me has a place to sit or stand, kneel as a protest or respite, or to lend any help with hands that are gnarled and messed up from digging into all of this shit. Cuz, there isn’t really a guided path to make sure we don’t perpetuate it. I suppose I’m writing because I believed the invite given was real and my recruitment was made in earnest. That Bates is a place worth working for/towards this emancipating purpose.

But to be honest most days, I feel out of place, adrift in the haze. “It’s an odd way to start,” they tell me, and I agree but in many ways a crisis is revealing of the training that we all have. What do we fall back on in these moments, when survival seems at risk. I must admit that I am ever the optimist and have chosen to put cynicism aside, but I am also a believer of afro-pessimism, which pun intended has a dark side.

So what’s the point I’m trying to make? As an academic, I know I can go long. Answering questions never asked is a pastime of which I am quite fond. I guess it’s to say that I am sad and feel too lonely in this work. I’m surrounded by people with good intentions, who so badly want to fix things and won’t be able too, shit I myself have a hard time doing it’s because the rhetoric isn’t true.

We can not use old tools to construct this particular new house, cause the tools are actually dynamite; that keep exploding!!

So, I go back to my hire and this nine person decision. I’ve been told it was a challenge between a failed search and competing visions. A candidate that didn’t quite fit any one particular slot and now after being here a while people are figuring out what they got. A flawed human, a passionate educator, a decent artist, if I might say. But most of all and in this moment, someone who will definitely be in the way.