Save the Tower Update: WRBC is Hopeful for the Future 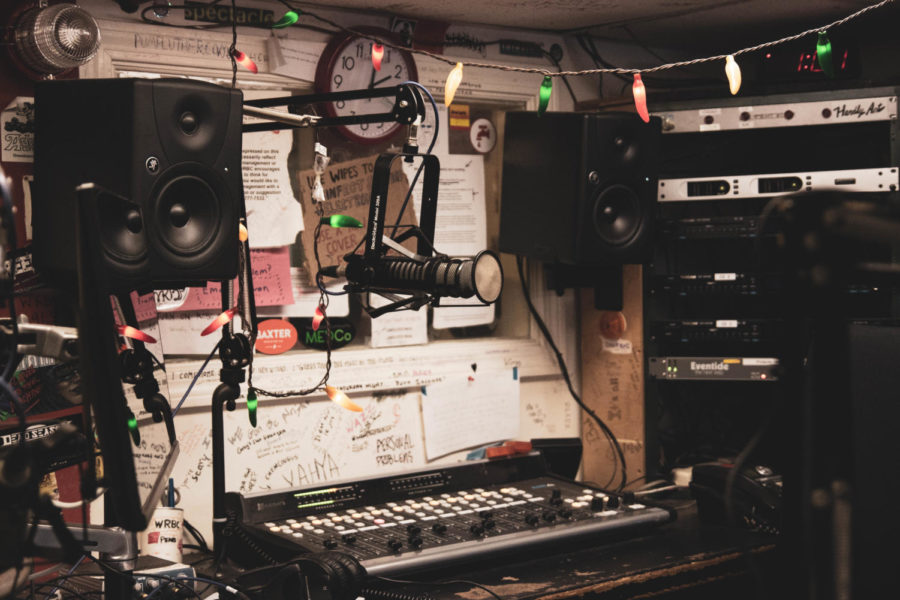 This past Thursday, WRBC General Manager Owen Schmidt ’21 met with members of the administration to discuss possible replacements for the station's significantly corroded radio tower.

There may be more options for Bates’ radio tower than previously thought.

Bates College’s radio station WRBC’s beloved tower, which enables them to broadcast FM radio, has become significantly corroded to the point of requiring replacement; this could reportedly cost the college upwards of $100,000.

“The purpose of the meeting,” started Schmidt, “ was basically for us to lay out our case for the maintenance of the FM band, and to discuss options with Geoff. He wanted to know what was possible from a technology point of view, and what the students themselves wanted.”

Much of the meeting was dedicated to making explicit the value WRBC provides not only to students, but to the greater Lewiston-Auburn area. Replacing the tower will be necessary, argued Schmidt, because of the “deep community ties due to our current status as a community radio station” which would essentially be rendered null if the station is relegated only to streaming services.

Logistically, replacing the tower is a financially daunting task.

“Geoff himself expressed interest in supporting us,” revealed Schmidt, “but has some very understandable doubts about the cost of replacing the tower and the relevance of FM.”

Concerns lie, then, not only in recouping replacement costs, but also in evaluating whether FM radio is significant and valued enough in a new technological era that has made streaming a virtually universal mechanism of media consumption.

Since the publication of The Student’s previous article about the WRBC tower, new potential opportunities for confronting the tower issue have arised.

While the process seems a bit befuddling at first, it could actually financially serve the college in the long run.

“It would allow the college to make some money by hosting a cell tower, while offering a second life to our FM broadcasting ability,” Schmidt said.

Moreover, the cell tower could reallocate money to a better transmitter, which would allow the station to extend its listener base. WRBC has also received an email about an 80-foot radio tower located in New Hampshire that is “free… with removal.”

While the meeting did not culminate in any official decision about the tower’s future, Schmidt feels a renewed sense of hope about the station’s prospects. “The meeting went well and I’m confident about the future of 91.5 going forward,” he said.