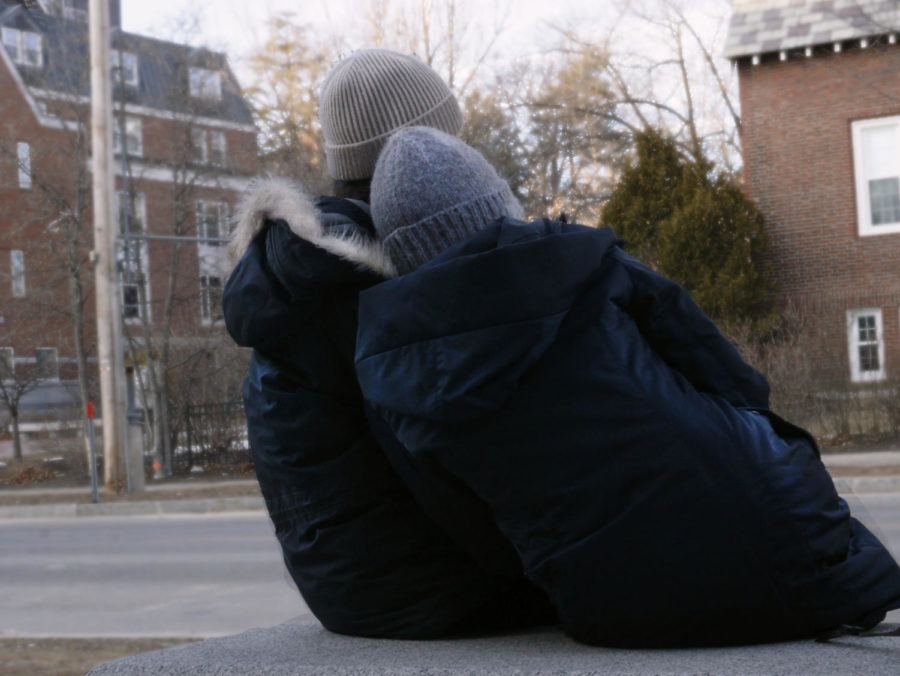 "Students are reporting increased feelings of isolation, loneliness, anxiety, and depressive symptoms that they attribute, in part, to the precautions taken by the campus to minimize the spread of COVID-19 and to keep students on campus.”- John Rumney, Associate Director of CAPS

It is not unusual during the darker months to see an increase in the number of Bates students seeking help through Counseling and Psychological Services (CAPS). But, with a surge in the numbers of COVID-19 cases at the start of the semester and increased disciplinary action for students found violating public health policies, CAPS has seen a tremendous increase in the use of their services.

Although John Rumney, the Associate Director of CAPS and a licensed clinical professional counselor, was unable to provide an exact percentage increase over previous years due to the extended winter break and the campus departure during the 2020 winter semester, he noted that CAPS has seen a greater influx of patients in the 2021 winter semester than in other years.

“We’ve seen an increase in both students who have an existing relationship with a CAPS provider, as well as students new to CAPS,” Rumney told The Student.

The results of an anonymous survey with 100 participants conducted by The Student indicated that 58% of students said their stress levels are much higher or somewhat higher in comparison to the fall 2020 semester.

Students who said their stress levels were higher generally attributed the increase in stress to the module system and the enforcement of the institution’s COVID-19 protocols.

“Knowing that even a small infraction could result in getting sent home from campus is a consuming fear,” one sophomore said in reference to the announcement made by Joshua McIntosh, vice president of campus life, on Feb. 26.

Another student expressed their concern that “the student body barely has time to take a break after finishing one assignment before having three more assignments thrown on the pile.”

This is not just a Bates trend, but a national one. In the fall of 2020, the American Psychological Association (APA) published the results of a nationwide survey that signaled a growing national mental health crisis. According to the APA survey, 87% of Gen Z adults in college report that education is a significant stressor in their lives.

Additionally, 16% of students selected the neutral option and another 18% said they had been somewhat positively impacted.

Numerous comments were made on the survey about the limiting effect public health policies have on their social interactions. “I have had multiple security guards follow me and ask questions about which dorm I live in as I enter my own dorm,” said a junior. “I have become too stressed to socialize because of the… consequences for doing so. This has affected my mental health and personal relationships significantly.”

Not all students agreed that the public health policies negatively affected their overall well-being. A first-year expressed their relief that the college was “cracking down on Covid violations” as they are “a student with a higher risk for Covid because of a chronic illness.”

Although many students remarked on their negative experiences with the enforcement of the public health policies, students also voiced their awareness of the importance that the policies play in campus safety.

“I can respect the fact that sacrifices have to be made during this time of uncertainty, but I don’t think Bates is really interested in having a give-and-take relationship,” one junior told The Student, referring to the intensity of the module system.

The results of the survey are consistent with what Rumney and other staff members at CAPS have noticed about the students who are using their services.

“Students are reporting increased feelings of isolation, loneliness, anxiety, and depressive symptoms that they attribute, in part, to the precautions taken by the campus to minimize the spread of COVID-19 and to keep students on campus,” Rumney said. Fear, uncertainty, and the loss of life attributed to the COVID-19 virus have also been negatively contributing to the mental health of students.

CAPS has long been aware of issues relating to the enforcement of Bates public health policies and the mental health of students, and has put measures in place to provide accessible, virtual care for all students.

“In our efforts to provide quick access to services for students who need support in problem-solving specific issues and not necessarily ongoing therapy, we are offering same-day, 25-minute consultations with one of our clinicians,” Rumney said.

These consultations are designed as goal-oriented, giving students particular steps to problem solve situations such as advice on roommate or relationship conflict, managing stress, coping with anxiety, and decision making.

CAPS has also created two pages on their website to provide specific information and resources for students who are experiencing mental health issues related to the pandemic:  “Coping with Isolation During the Pandemic” and “Taking Care of your Mental Health During Remote Learning.” To learn more about the resources CAPS has available for students visit the “Resources for Support” page.

Bates is not the only NESCAC school with issues regarding the mental health of students and the enforcement of public health policies.

At Middlebury College during the fall semester, there were two methods for reporting peers who were breaking the college’s public health agreement. Students were given the responsibility of reporting other students by calling Pub Safe (campus security) or filling out a form called “go/snitch.” Although the Middlebury administration has removed “go/snitch” this semester, students can still call campus police, and there remains a reporting form for concerned members of the community.

A first-year at Middlebury, Sarah Kimmel, said the culture that these peer-reporting methods created on campus was terrible, especially for first-years who were “quite literally afraid of their neighbors or afraid of making a mistake in a misunderstanding of the rules that got them sent home.”

Additionally, Kimmel disclosed that many of her peers decided to do online classes or take the semester off because, for their own mental health, they could not handle being on campus. Although changes have been made to how Middlebury enforces public health policies, Pub Safe is not simply in charge of answering calls about violations; now, similar to the role of Campus Safety at Bates, Middlebury’s security officers are being sent into buildings deemed “problematic” to patrol the halls every weekend and ensure students aren’t breaking rules.

“It is extremely frustrating to be in this position as a student, as we have very little negotiating power with our administrators, who are content to see the numbers on the dashboard drop while students’ depression and anxiety soars,” a junior said.

CAPS has recognized the growth in patients they see as both a trend at Bates and at colleges nationwide. With this in mind, they have worked to respond to students’ mental health struggles, offering the necessary resources to accommodate all of the public health issues our campus faces right now.