A Snapshot of Study Abroad: Reconnecting and Discovering a New Culture in Iceland 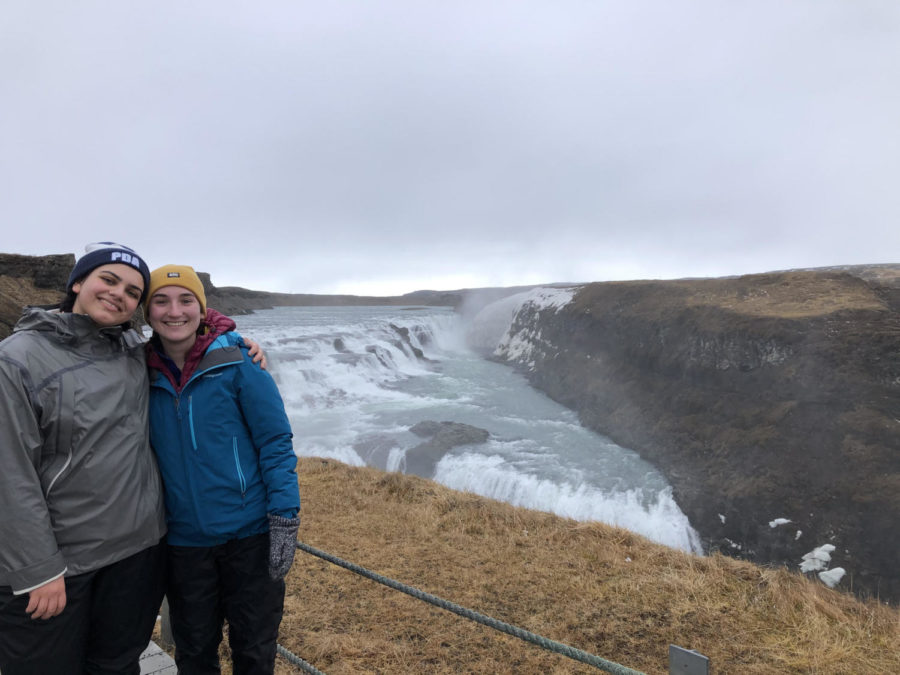 Dianna Georges ‘22 and Meg O’Brien ‘22 in the Westfjords.

Dianna Georges ’22 was in awe after stepping off the bus in the Westfjords, a northwestern region of Iceland composed of huge valleys carved out by glaciers. “It was dead silent, there weren’t animals, insects, or people. You could just hear the ocean quietly to the side and the wind blowing in. It’s just such a pure environment,” she said.

Georges was especially surprised by the lack of people in the region. “Usually the entire country is full of tourists, [but] there is no one but us,” Georges said, “It’s an incredible opportunity, I think, to be here without anyone else.”

Georges always knew she wanted to study abroad, so despite setbacks from the COVID-19 restrictions, she was determined. Originally, she was supposed to study in Argentina, then Portugal, and then Costa Rica. Georges eventually decided upon Ísafjörður, Iceland – one of the few study abroad programs that was still running and would apply to her Environmental Studies major during the 2020-2021 school-year.

Georges arrived in Iceland in late February 2021. After completing a five day quarantine in a hostel near the airport, she moved into her homestay where she would spend her first three weeks. Then, since it is a mobile program, the rest of the semester will be spent traveling around Iceland.

Her program, which is sponsored by the School for International Training (SIT), focuses on climate change and the Arctic. Alongside 19 other students in the program, she is enrolled in four courses and will complete an independent study project in the final five weeks.

After spending the fall semester at Bates with such strict social distancing practices, Georges immediately expressed how “incredibly freeing” it has felt to be in a country where COVID-19 rates are low, bars and restaurants are open, and she doesn’t have to wear a mask in her school building.

As a result, Georges remarked how amazing it has been to “be able to meet new people again and touch people, and hold them, hug them,” and “not be terrified all the time of the pandemic.”

With the country’s “incredible social safety nets,” she noticed how much happier and nicer people are in Iceland. She added that, “it feels like a really different place from where I grew up and the U.S. in general.”

Although her experience is different from what she expected when she applied to study abroad in early 2020, she still finds it to be incredibly worthwhile. “It’s so worth it to go somewhere where you don’t speak the language, and the culture is different… it gives you perspective on just the things you take for granted on the day to day, and you also get to meet people you wouldn’t meet on your own.”