New York At Its Worst: The Case of Andrew Cuomo 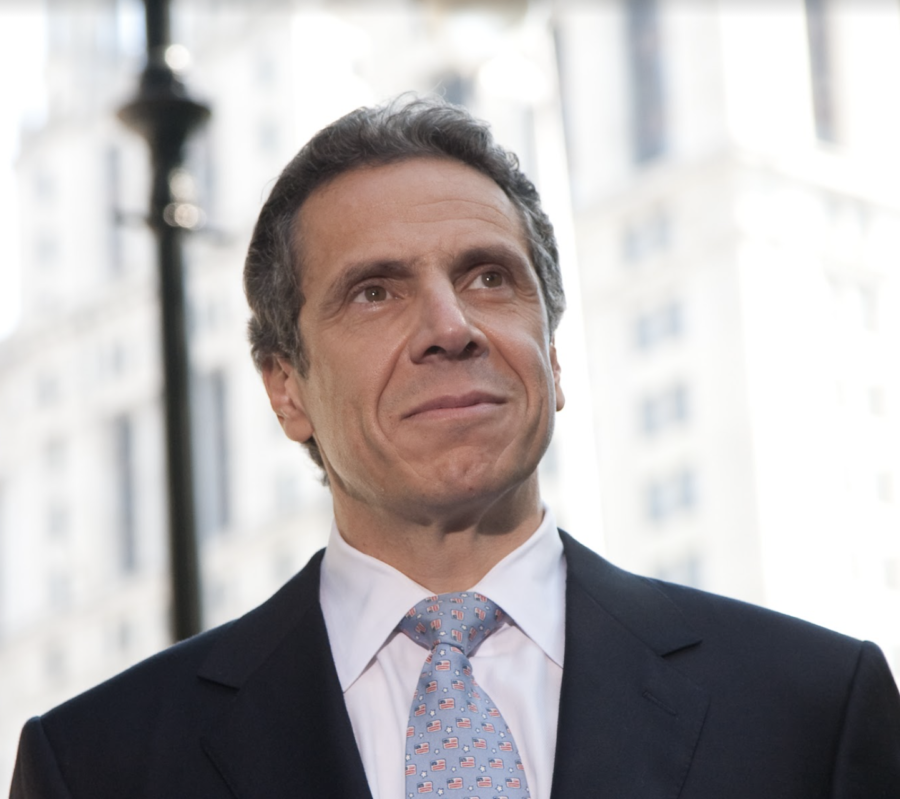 Governor Cuomo has been accused of falsely reporting COVID-19 deaths in nursing homes and engaging in inappropriate advances toward women in recent days.

It has happened again. Now, we are witnesses to another male politician facing the repercussions of a career built off the suffering of other people. This time it is New York Governor Andrew Cuomo, who I would suggest, along with Bill DiBlasio, is one of the most unprofessional and incompetent politicians ever to hold political office. And that is putting it modestly.

Governor Cuomo has come from a line of successful politicians. His father, Mario M. Cuomo, a three-time former governor of New York, was seen by many to be a symbol of hope and unity in New York City, especially during the 1980s. Specifically, Mario Cuomo was able to establish and promote active government while New York City was in the midst of a major economic recession and unemployment period. Additionally, he developed a career based on challenging the status quo of American federal government. Mario Cuomo publicly challenged President Ronald Reagan at the 1984 Democratic National Convention and advocated for a more expansive government.

Mario Cuomo led a life and political career that was centered around respect and integrity. Unfortunately, his son has not lived up to that same level of success.

Over the past several months, Governor Cuomo has quickly lost respect from New Yorkers, his fellow political colleagues, and, to some extent, his family. Ever since COVID-19 hit the United States, New York has been one of the most severely affected states in the entire country.

Since March of last year, Cuomo has been in charge of implementing policies, such as NY Stronger Together, to keep people safe during the height of the pandemic. Criticism against Cuomo was swift as New York City had a total of over 6,000 active cases by the end of March. Specifically, some criticized him for a lack of truthfulness and transparency. Cuomo was found to have withheld valuable information about the number of nursing home deaths that were happening throughout the city. It was this point, many New Yorkers, like myself, thought Cuomo was some sort of hero. Specifically, Cuomo’s leadership during the height of the pandemic was featured in a documentary called “Andrew Cuomo: Leadership During an American Crisis”. This documentary features how Governor Cuomo was able to successfully decrease the number of COVD-19 cases in New York. However, amongst this success, there was some controversy.

Back in February, it was discovered that there were more than 15,000 New Yorkers who died in nursing homes. However, Cuomo, along with the New York state department, falsely stated that there were only 8,500 deaths. This discrepancy in the amount of deaths was not only surprising, but downright embarrassing. How can an elected official be comfortable with releasing false information to a public audience?

Cuomo has been criticized for being politically incompetent, but more recent allegations suggest he is far worse than incompetent. Starting last month, Cuomo has been on the receiving end of multiple sexual harassment accusations stemming from former aides and other female accquaintances who have been brave enough to tell their stories to the public.

Cuomo was first accused of sexual harassment by Lindsey Boylan, who published an essay detailing her encounter with the governor. In the essay, Boylan emphasizes that, back in 2017, Cuomo, “created created a culture within his administration where sexual harassment and bullying is so pervasive that it is not only condoned but expected. He used intimidation to silence his critics.” Boylan’s powerful testimony continued on Twitter, where she addressed Cuomo, writing: “Resign you disgusting monster.”

There has been an outpouring of support for Boylan on social media from people who believe her story and are praising her bravery. In fact, due to Boylan’s courage in expressing her story publicly, other women have told their own experiences of how Cuomo has harassed them.

Another woman who has recently spoken up is Anna Ruch. Ruch’s story is particularly infuriating, as it shows how Cuomo harassed her with no apparent consideration for her boundaries and safety. She accused the governor of unwanted advances at a wedding reception as they were meeting for the first time. Specifically, Cuomo “asked if he could kiss her, loudly enough for a friend standing nearby to hear.”

In fact, there is a photo of Cuomo physically putting his hands on Ruch and she is desperately trying to distance herself from him. Not only is this behavior intolerable, but furthermore, it shows that Governor Cuomo violates the safety of women in the workplace. What is even more disturbing is that Cuomo believed that trying to kiss Ruch without her consent was a sign of “affection.” How clueless can one be in a situation like that? How moronic can a politician be to risk such a scandal such as this?

In recent days, two more women have spoken out with allegations against Cuomo of inappropriate behavior, stating that the Governor engaged in “unwanted embraces.” Both of these women, Ana Liss and Karen Hinton, both formerly worked with Cuomo and both expressed memories of pain when working with him. There are currently five women in total who have accused Cuomo of sexual harassment.

All of these women have shown bravery and strength in the midst of remembering traumatic events. Boylan thanked Hinton for sharing her story to the public as she believed that it is the start of a much larger effort towards holding Cuomo accountable. As Boylan said, “Thank you Karen Hinton for courageously sharing your story of how our boss, one of the most powerful men in the country, used his power to abuse you. I am sending you love. I am with you. We are with you.” Now, what has Cuomo’s response been?

Despite numerous accusations on top of attempting to deal with COVID-19, Cuomo still remains adamant of his innocence in the face of the allegations. Through this entire affair, Cuomo has denied all of the stories put forth and has stated that he intends to remain in power as governor. In a press conference Cuomo stated, “Look, I fought for and I believe a woman has the right to come forward and express her opinion and express issues and concerns that she has. But it’s just not true.”

Several representatives from the governor’s office have come to his defense, including former aid Ashley Cotton. Cotton said in response to the accusations, “I’ve known and spent over 20 years working with Andrew Cuomo — he is the same person in private as he is in public. He can be funny, he can make lousy jokes, he can be tough and direct. But I have never known him to cross the line.”

Sexual allegations against Cuomo are just small examples on a long list of ways male male politicians have abused their power in order to maintain status in office. Especially as a member of New York’s tarnished political left, Cuomo has joined the likes of the disgraced Elliot Spitzer, Anthony Weiner, and Eric Schneiderman — all elected state officials who have been accused of abusing women.

On top of all of that, it is even more unsettling to see the hypocrisy in all of this. Andrew Cuomo has three daughters who have seen their father rise in power and popularity. He has posted photographs of them on his Instagram page claiming that he is “Thankful that [he has] these incredible women in [his] life to inspire [him] every day.” They say that sometimes the truth hurts us the most. A revered politician, a well-respected husband, and a father of three, is now the face of scandal. Governor Cuomo may be able to write emotional momentos about his family, but now we find a certain bitter truth to his words. Nowadays, Governor Cuomo doesn’t have the same gravitas or influence he once had. The reputation that Cuomo, and his father, once had is now hanging by a thread with seemingly no room for salvation.

In fact, Andrea Stewart-Cousins, who serves as the current leader of the New York State Senate, has called for Cuomo to resign. While Cuomo continues to resist relinquishing his power as governor, the pressure keeps mounting. With more accusations possibly to come on the horizon, the once-beloved Cuomo should resign for the good of the state. New Yorkers have already suffered enough through the pandemic, with little room to make things any worse.