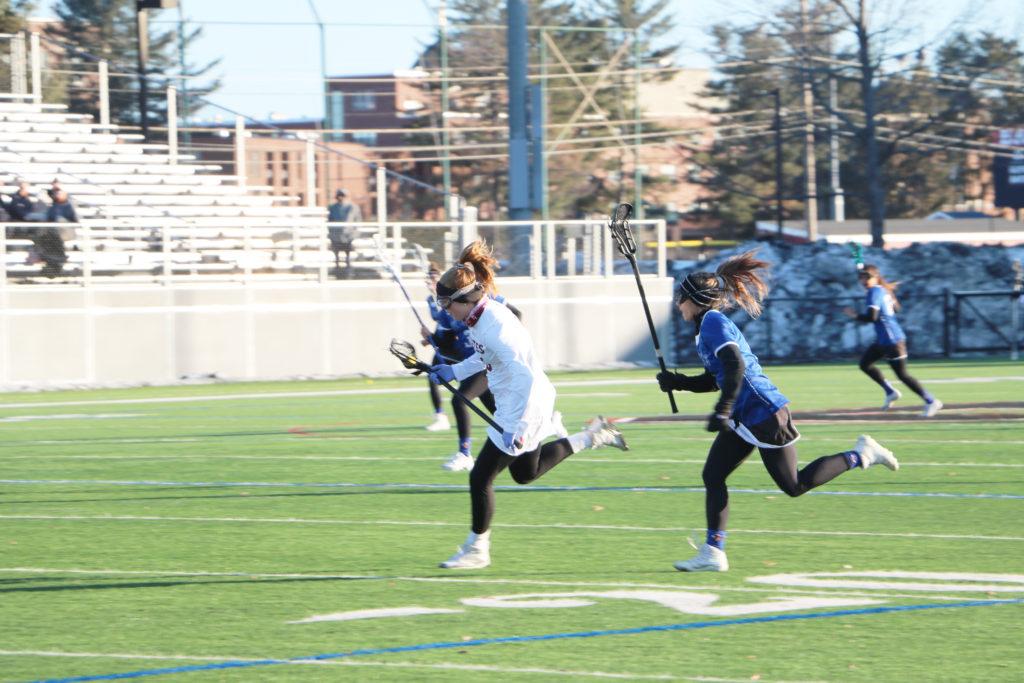 While the weather in New England may not feel like spring, there is new pressure on the NESCAC to come to a decision on whether or not to hold intercollegiate competition this spring. As the United States continues to be embroiled in the COVID-19 pandemic, some NESCAC athletes are making their desire to resume competition this spring heard.

Shortly after on Jan. 27, the NESCAC presidents posted a message on the NESCAC website regarding spring sports. While they refused to rule out the possibility of a spring sports season, the presidents stated that “[COVID-19] conditions will need to improve significantly in order to conduct conference competition this spring.”

“If conference competition proves feasible,” they added, “regular season conference play would likely not start until late March or early April, and would necessarily be limited in scope and duration.”

For the student-athletes of the NESCAC, while this does not provide the answers that they were hoping for, it does provide a glimmer of hope that the NESCAC presidents denied them this past fall and winter when sports were cancelled, seemingly with little consideration as to whether or not it was possible to compete.

The message from the presidents concluded that a decision on spring sports would be made in late February or early March.

Bates Athletic Director Jason Fein directed The Bates Student to the NESCAC Presidents’ statement when asked for the department’s position on the possibility of spring sports. Members of the executive board of Bates’ Student-Athlete Advisory Committee were not available for comment.

The SAACs at Wesleyan University and Tufts University have issued letters to their respective presidents and the NESCAC executive committee requesting that interscholastic sports be held in the 2021 spring season. Wesleyan’s Student Assembly — their student government — posted a letter in opposition to the Wesleyan SAAC’s request.

In an Instagram post on Jan. 23 addressed to President Michael Roth and the NESCAC executive committee, the Wesleyan SAAC requested that the NESCAC allow athletes the opportunity to compete in the 2021 spring season. The committee argued that after their school “adequately” handled the pandemic this past fall, there is a path forward that would allow athletes to compete this spring.

Additionally, the letter noted that a small community like Wesleyan’s is the “ideal environment” for athletic competition, along with the dedication to COVID-19 protocols and rigorous testing. The letter highlighted the importance of competition in terms of the mental health of the athletes involved and emphasized the success of other NCAA conferences across multiple divisions that have managed to compete during the pandemic as reasons for allowing spring competition.

Two days later, Tufts’ SAAC posted a nearly identical letter on their Instagram addressed to their president. So far there has been no public opposition to the letter within the Tufts community.

On Jan. 24, the Wesleyan Student Assembly (WSA) posted an opposition letter on their Instagram. Also addressed to President Roth, as well as University Provost Nicole Stanton and Athletic Director Mike Whalen, the Assembly discouraged the administration from granting the requests in the SAAC letter, stating that doing so would “place the entirety of the Wesleyan community at risk while only providing a benefit to the small subset that is the spring athletic teams.”

The letter goes on to state that allowing Wesleyan athletes to come in contact with competitors from other NESCAC schools would increase the likelihood that COVID-19 may be brought back to campus. The assembly also cites an analysis of their COVID-19 data provided by Dean Rick Culliton that positive cases at Wesleyan were more likely to be “underclassmen, male, and athletes.”

The president of the WSA, Felicia Soderberg ’21, was able to be reached for comment. When asked how she would like their leadership’s letter to be received by the administration at Wesleyan, she replied, “President Roth has responded to our letter saying he hopes that we can have a semester with guidelines that work for everyone. I would hope that the concerns in our letter would be validated and that the university continues suspending interscholastic competition for the spring 2021 semester.”

Due to the opposing nature of opinions between the WSA and Wesleyan SAAC, Soderberg does not believe that a compromise can be reached regarding spring athletics.

“Wesleyan athletes have had numerous opportunities to train, practice and scrimmage their sports despite the ban on interscholastic competition. We understand that this is a sacrifice on their behalf but also stress that every student, faculty and staff member at Wes is also making sacrifices in the face of the pandemic. Opening up interscholastic competition would increase travel and could potentially open up the community to higher risk of COVID infection.”

She also stated that many members outside of the leadership board of the WSA have expressed support and signed on to their letter.

None of the members of the Wesleyan SAAC were available for comment.