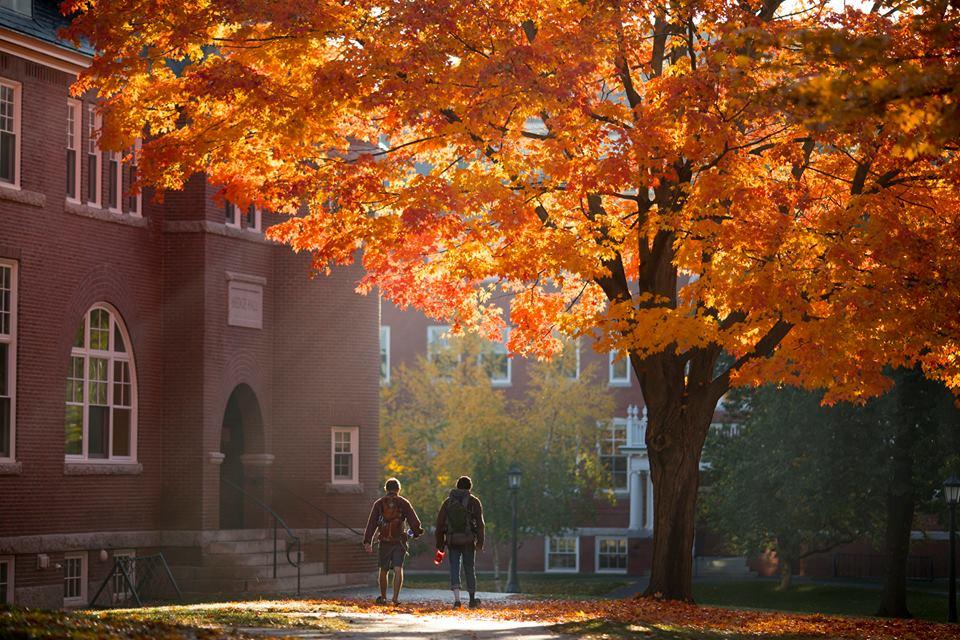 After President Clayton Spencer and the Bates College administration announced that student return to campus would be delayed until Feb. 12, The Bates Student conducted a survey of the Bates community.

The decision to delay the return this winter was made to prevent students from travelling “at or near the height of the current surge in cases, potentially creating health risks for these students and significant challenges for the college and student well-being once they arrive on campus,” as explained by Spencer in an email to the Bates community.

The change in plan includes the delay of the winter semester until Feb. 12, with classes for module C beginning on Feb. 17. Additionally, in order to make up for the lost month, Short Term has been cancelled. The cancellation of Short Term is meant to be compensated for by “the prospect of having the entire student body together and in residence through May,” which President Spencer claims will “offer substantial offsetting benefits.”

The Bates Student, after learning of and reporting on the decisions, released a survey seeking to gain a better understanding of the community’s feelings about the calendar change. It  also asked about respondents’ opinions toward individual aspects of the new plan, including the cancellation of Short Term, spending all of Module C in-person, and the college’s refund policy. The survey was distributed by Instagram and posted to Facebook class pages.

When asked “How satisfied are you with Bates’ new winter semester plan?” most of respondents were not satisfied with the plan that Bates presented, with over 43% selecting ‘very unsatisfied’ or ‘unsatisfied.’ Twenty-four percent of those who took the survey felt ‘neutral’ about the overall plan, while a little over 32% said that they were either ‘satisfied’ or ‘very satisfied’ with the new plan for the Winter Semester.

The Student also analyzed the survey answers within each demographic group to gain a better understanding of how each group felt about the new plan.

It was not possible to make any substantial takeaways from the alumni, faculty, and parent groups due to a lack of respondents, but their opinions were also included in the graphic and the following analyses.

Opinions on different aspects of the plan varied. For instance, the opinion on Short Term – even for some of those who said they were satisfied or very satisfied with the overall plan – was distinctly negative.

On the other hand, the opinion regarding a completely in-person module C is the opposite, given student preference to in-person learning versus remote. Even in cases where some had been unsatisfied with the plan that Bates is presenting, the community was strongly in favor of in-person classes for module C.

However, one point of serious contention with Bates’ new winter Semester plan lies in its refund policy. While students are only required to take two Short Term courses, many students remain on campus for three or four Short Terms. Many students expected to receive some amount of refund for the lost month of education and time on campus. But President Spencer was quite brief in her explanation of the refund policy, stating that “the college will provide a refund to those students denied the opportunity for a second Short Term.”

When polled about the refund policy in the survey, much of the community was unsatisfied to pay for a month of education and time at Bates that they are being denied.

While the numbers from the survey tell one part of the story, the open-ended questions that The Bates Student presented at the end present a more nuanced and detailed aspect of the situation that couldn’t necessarily be expressed or explained by the five options presented for each question.

Some respondents took a holistic view of the situation, with one member of the Class of 2021 writing, “Considering what is going on in the U.S. right now with infections, it makes sense. It’s disappointing, but what else can they do? Having students come back to school from places all over the world poses a threat to the employees, students, and community at large, and they made the right decision.”

Others echoed the sentiment, adding that while the decision is certainly frustrating, much of what the college decides to do is out of their hands, especially when it comes to rising COVID-19 cases within the U.S.

Some members of the community took a more positive view of the decision. One faculty member pointed out, “I feel that pushing off five weeks of cold and dark weather will be a tremendous asset to the mental and emotional well-being of our students.” It is a well known fact at Bates that the winter months are some of the most challenging from a mental standpoint given the lack of daylight, cold weather, and generally less cheery atmosphere.

One parent also praised the college for putting the safety of its students and faculty first, adding, “As a parent, putting safety first was a great decision.”

There was a large group of the community, students in particular, who felt frustrated by the fact that the administration did not request any further input from the Bates community beyond the spring and October surveys. Both were conducted before many people had considered a delayed start to the winter semester.

Another member of the Class of 2021 stated, “I think Bates should have sought student input before making this decision. It is silly to make inferences from a survey administered last winter, we have all been living with this pandemic for quite a long time now and it is reasonable to expect that opinions have changed over that period of time…Of course it would be nicer to have in person classes rather than remote, but what is more important to me than that is to have all my classes, remote or not.”

To clarify, while the college did take a survey in April on student preference, the second survey taken in October was also taken into consideration by the administration and faculty.

One parent commented, “As a parent, I am extremely frustrated with this proposal. I wish the school had surveyed parents as well. They would have received the perspective of someone who is paying for this experience.”

The issue with the lack of consultation among the Bates community was a widely shared sentiment. While many community members understand the logic behind the decision, there was a significant number of responses that were disappointed – some more than others – that the administration did not seek a direct student opinion before proposing and passing this plan.

Many were also frustrated with the lack of notice that Bates provided prior to the decision, with one member of the Class of 2023 stating, “I just wished they made these decisions earlier like the other NESCACs. Could’ve given students the time to plan winter break jobs/internships etc.”

There was also a facet of respondents who were unsure of the decision to push student return back until February, not necessarily out of a wish to have maintained the prior plan, but out of concern for the constantly changing and ongoing pandemic.

It is no secret that the pandemic has proved both unpredictable and frustrating no matter how one looks at it. The new winter semester plan seeks to mitigate the risk that the school runs for both itself and its community, and perhaps the frustration with the change in schedule stems from the greater sense of uneasiness surrounding a once in a lifetime pandemic. For many, Bates is one of the few places during the pandemic that has provided some sort of routine and sense of belonging, and it is absolutely understandable that many are, quite frankly, sick and tired of the difficulties that have come with having to be flexible and adaptable.

Thankfully, as vaccines continue to be administered across the U.S., perhaps the country is looking at the beginning of the end for what has been a tragic and difficult time for everyone. While the senior class may not be able to experience Bates as it once was before the year comes to a close, there remains a sliver of hope that with the positive stories that have emerged during the past few weeks, a sense of normalcy may not be as distant as many once thought it to be.