What is TIME to you? 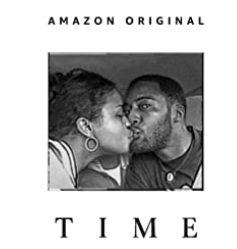 The United States has major issues with its prison system:  like how about twenty-two percent of the world’s prisoners are in America while America only makes up about four percent of the global population, or how people of color are disproportionately incarcerated, and documentarian Garrett Bradley has made it her mission to expose it. Much of Bradley’s work focuses on the strain that the U.S. criminal justice system puts on regular families. In her New York Times Op-Doc, Alone , Bradley shows the challenges that come with being in love with someone who is incarcerated. “Alone” ended up being a precursor to her new feature-length documentary, Time, which is thematically very similar but has more time to flesh out some of the more complicated topics.

Time follows Sibil Fox Richardson as she tries to get her husband, Rob, released from prison by going through a nightmarish legal system that seems as though it is designed to be impossible to navigate. Sibil was pregnant when Rob went to prison and has been raising two boys by herself since they were born. If that wasn’t already challenging enough, she also spends time advocating for other families who have loved ones trapped in the prison system, while constantly fighting to get her own husband released. Despite all this, she is able to keep a smile on her face – for the most part.

In one of the film’s most vulnerable and gut-wrenching scenes, we see Sibil on the phone with her attorney. You can tell that she has called to ask about her husband’s case hundreds of times already, and she is still getting nowhere. She hangs up and she can no longer contain herself. She hits the table, declaring that this is not fair. She tells the camera how she will get her revenge by getting her husband back, and how good it will feel. While Sibil’s ability to smile in the face of an overpowering challenge is inspiring, it’s just as moving to see her boil over with emotions. It’s clear that the idea of her husband’s freedom has consumed her.

I commend Bradley the most for picking a case that is not simple. It would be easy to side with Sibil and demand that Rob gets released from prison if he were to have been wrongly convicted, but this is not the case. Both Rob and Sibil had been arrested for robbing a bank, something that Sibil freely admits to. Why should someone who is guilty be released from prison? Herein lies the genius of Bradley’s choice of the story: by following a subject who is actually guilty, Bradley is able to isolate the problem. If the film’s subject had been innocent, the injustice would only be seen as a wrongful conviction, but instead, in the case of Rob, the audience sees that the U.S. system of mass incarceration, in general, is unjust.

Reading between the lines, the issues of incarceration that Sibil and Rob face are issues of race and class. The absurdity of the situation is obvious when you compare Rob to someone like a Wall Street banker or corrupt politician. Rob stole money from a bank to keep his business afloat, and he was caught and sentenced to sixty years in prison. A banker or politician may steal millions of dollars through various “white collar” crimes like embezzling or bribery and may only end up under house arrest. It’s baffling to have someone who stole less have their whole life turned upside down, while the person who stole more might just be inconvenienced at worse.

The theme of time is pushed through using VHS footage that Sabil had started recording in the 90s right after Rob was sent to jail. We see how she raises her kids, trying to foster a love for a father who they hardly know. We see her twins grow up without their father, only getting to talk to him on the phone occasionally. Rob only serves a third of his sentence before he is released, and the film shows how twenty years can feel like a lifetime. On the news, we hear that “so and so” was sentenced to X amount of years, and we’ve become desensitized to how long it could be, but Time puts it into context. Rob was in jail for twenty years. I’ve barely been on earth for twenty years, and for that entire stretch of time, incarcerated people are expected to stay in one building, and mostly in one room.

Garrett Bradley shows the absurdity of long-term incarceration, the unrealistic maze of litigation people are expected to go through if they want to bring justice to their loved ones, and the irreversible impact that incarceration has on a family. During a Q&A at the Camden International Film Festival, Bradley pointed out that there are over two million people who are currently incarcerated in the United States, but to calculate the number of people who are impacted by the United States mass incarceration system, you would have to double that number (at least) to account for the people on the outside whose lives are affected as well.

Time is streaming now on Amazon Prime after a very successful festival run, winning the Directing Award in the U.S. Documentary category at Sundance in 2020. The film is timely, but also timeless. Watch it and think about what twenty years is to you, as well as what someone could do to deserve that time to be taken away.