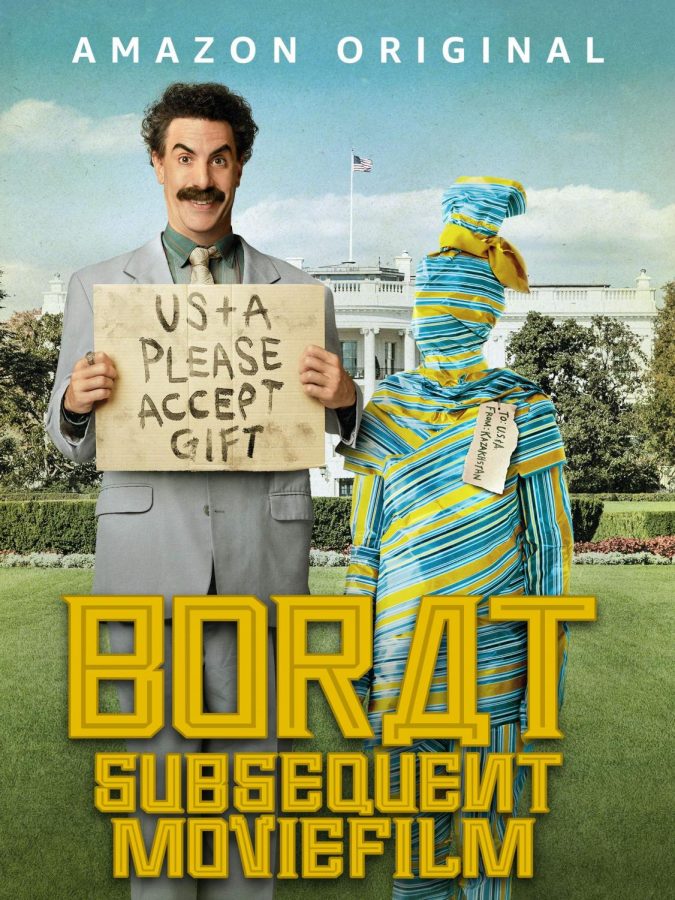 In November of 2006, a little known Kazakhstani journalist named Borat Sagdiyev shocked the world with his revelatory film on life in America. The 90-minute mockumentary followed Borat—played by comedian Sacha Baron Cohen—as he attempted to navigate a land with unfamiliar customs and practices compared to his own. The film consists of interactions between real people—nonactors unaware of the true nature of the film—and Borat, often to comedic effect.

Borat is considered to be one of the best comedies of the 21st century, and rightfully so; Borat’s rendition of Kazakhstan’s “national anthem” at a rodeo made me laugh harder than any other moment in any other film ever has. However, the real genius of Borat was the extent to which the mockumentary exposed the bigotry and hatred lying beneath the surface of American society. By expressing anti-semitic, racist, and sexist attitudes through the guise of his Borat character, Cohen allowed the seemingly genteel Americans that he interacted with to feel comfortable exhibiting their own deep-seated prejudices.

Therefore, when news of Borat Subsequent Moviefilm emerged, I was excited to see the direction that Cohen would take in expanding upon the first film. In the sequel, Borat is joined by his daughter Tutar, played by Bulgarian actress Maria Bakalova, as he attempts to please his superiors by giving a gift to Vice President Mike Pence. Along the way, Borat crashes a right-wing anti-mask rally, quarantines with QAnon followers, and even—dressed as a literal antisemitic caricature—meets a Holocaust survivor.

Most Americans recognize the Borat character after the success of the first film, which would have made it hard for Cohen to dupe people into falling for his antics a second time. Therefore, most of the mockumentary consists of Sacha Baron Cohen playing Borat playing other characters, which adds an extra element of absurdity to the structure of the movie. Many of the best moments of the movie occur in this context, including particularly notable scenes at a state fair and an abortion clinic.

The film also has some genuinely heartwarming scenes as Tutar comes of age. With the guidance of her babysitter, Jeansie Jones, Tutar challenges Borat’s preconceived sexist notions of what a woman can and cannot do. Tutar’s character development adds another storytelling dimension that the first film lacked.

Where Borat Subsequent Moviefilm falls short is in its muddled overall message. In exposing the bigotry prevalent throughout much of America, the original Borat serves as a powerful satirical message against prejudice in all forms. However, in an era where hatred has transformed from covert to overt, the sexist and anti-semitic acts of Borat’s character don’t appear as out of the ordinary as they would have in the past.

Although Borat Subsequent Moviefilm introduces the pertinent new character of Tutar and offers a variety of comedic moments, it suffers from a lack of purpose that calls into question the reasoning for making the movie. Still, the film offers an opportunity for viewers to reflect on the state of American society through a palatable lens, which feels welcome at this moment.