Why I’m Voting for Joe Biden 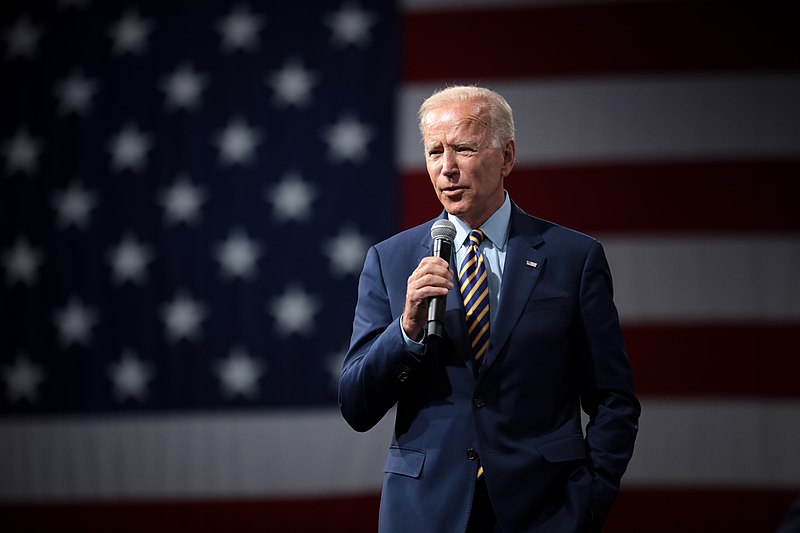 I often wrestle with the idea of whether or not participating in a system is, in some way, legitimizing it. I feel that we live in a totalized political climate, where those in power dictate that the only legitimate form of resistance or aggression is to vote out the folks we don’t want in office. These empty and honestly deprecating calls for people to simply vote out fascism and white supremacy sound like a joke.

Donald Trump’s hateful rhetoric will forever stain this country, and this hate is not new or particularly unique. If anything, it’s emblematic of the violent racial segregation that has existed for most of this country’s existence, and in many ways continues today.

I’m of the belief that our fragile democracy and the white supremacy in government, upheld by both Republicans and Democrats alike, are to blame for Donald Trump’s rise to assume the most powerful seat in the country. These fundamental illnesses in our system pervade throughout all political action.

I’ll say what countless others have: I don’t think Joe Biden deserves to be President. His horrendous record as Senator and his sexual assault allegations disqualify him from being able to represent all of the United States. I don’t think that he truly exemplifies and embraces the social unrest and imperative need to uproot the foul systems in play and truly vouch for the safety and security of everyone.

His attempt to display racial harmony at the DNC was laughable. He had modern day civil rights leaders sit beside the Houston Chief of Police, exemplifying an extremely tone-deaf display of compassion and bothsidesism. The Democratic Party also repeatedly demonstrated that they care about “good Republicans” that show the most basic form of humanity by not voting for a fascist, more than progressive voices that have been advocating for now-popular policies for several years.

Not to mention, the exhausting push from Democratic elites that simply voting out the fascists will fix all of our problems. I could go on and on about my distaste for Joe Biden and his party, but unfortunately that doesn’t matter. Despite all of this, electing Joe Biden, along with progressive local representation, is our best bet if we want to have any semblance of safety and security in the foreseeable future.

These truths tell me that we, as a country, shouldn’t continue to entertain a broken two-party system that persistently and without fail looks out for those with power and money. But, after the disgraceful rush to nominate Amy Coney Barret to the Supreme Court, I can’t help but think that it’s of utmost importance to participate in the electoral system and elect someone that would return some integrity to the office of the presidency.

It should not be a surprise to anyone that the Republican Party is putting their goal to ensure that their politics survive in the Supreme Court over the fundamentally apolitical purpose of the court. Moments after the news of Ruth Bader Ginsberg’s passing broke, Senate Majority Leader Mitch McConnell said that he aimed to approve a Supreme Court nominee under Trump’s current term. If approved, the court will be 6-3 favoring conservative ideology with millions of people already casting their ballot for the presidency.

The Supreme Court itself is also a product of the white supremacy in our government, historically siding with segregationists and refusing to aid in the struggle for social progress until absolutely necessary. But, again, the totalization of these broken systems gives the Court unmistakable power to influence material conditions.

This is just one issue that necessitates electing Joe Biden. He could make some amendments that would not allow the Supreme Court to affect legislation around healthcare or reverse longstanding rulings around gender equality. Environmental regulation is also an extremely important issue that Donald Trump does not care about.

Policing, a hot button issue at the moment, has shown the frailties from both Joe Biden and his running mate Kamala Harris. Though there has been some inflation of Harris’ criminal justice record, both Biden and Harris have historically been on the wrong side of the issue of policing.

This, however, is not present in their goals for their presidency if they win, as it includes legislation to address many of the issues Black Lives Matter leaders have been pushing for since it was created. This shows that this ticket can shift, meanwhile Donald Trump has only doubled down on his “law and order” rhetoric by emboldening white supremacists and racist police.

It also pains me to recognize that a third-party option isn’t viable. This political system, through who is given a voice on the debate stage, who gets funding, and who is legitimized by polling, does not allow for outliers of the Republican and Democratic Parties. The Green Party candidate Howie Hawkins has many promising views and goals, though I’m not sure if this country is ready for a progressive in the White House at the current moment.

So much of the presidency is imperialist in its expectation to carry out global violence at risk of jeopardizing the exploitative economy. The expectation to shake hands with both fascists and liberals. The gridlocked nature, including an extremely conservative Supreme Court, of our republic disallows large-scale change in a four-year term. This, along with many other systemic barriers, dissuade me from thinking that someone who is truly progressive could get anything done in office. Not to mention, Trump supporters and the very racist nature of this country would delegitimize a progressive at every turn. It’s hard to imagine anyone in office that could appeal to both the far right and the spineless center other than Joe Biden.

There are many issues that the Biden ticket has shown it could shift on, and if elected I do not expect to stop pushing the federal government in every way possible. On the topic of shifting, I am also reminded of conversations I have had with my family this summer.

In the midst of people learning what defunding the police means and watching the president show no empathy towards the most basic of demands, many people came to realize how broken the system is. My family members told me about how they learned the issues around policing through social media and watching the news.

These issues are fairly new in the mainstream discourse, so expecting people to side with a cause to uproot the whole system in November of 2020 is a big ask. Not long ago did much of the population show a blind eye to President Barack Obama showing the least bit of care for the water quality in Flint, MI. Not long ago did the vast majority of Americans see the violent response to the protests in Ferguson and Baltimore in 2014.

These issues are, unfortunately, very new for much of the American population, even though the violence subjugated to Black bodies and communities has existed in the U.S. since its founding. Expecting the majority population, which is essentially white people and the system that it supports, to catch onto the systemic injustices in the American political system is a tall ask. Expecting large-scale change in one election cycle is a tall ask.

Revolution comes with years of preparation and education, along with many compromises and allies that could want different scales of change. Long story short, uprooting the disgusting systems that be is a long process.

Voting does not take that long and I disagree with the notion that voting for someone means supporting them. The 2020 general election ballot is a referendum: asking the American people if they want fascism and violence to rule, or a ticket that is open to change and will, at the very, very least, listen to demands.

This country is at a great turning point, and when it comes to who is in charge of the Federal Courts, military, national legislation, and national discourse, we need a president that would have more than themselves in mind. Joe Biden and Kamala Harris are not the perfect solution to solving this country’s systemic injustices, but they at least show that they have an interest in keeping the systems that could allow for the large-scale change that is necessary and inevitable. That is why I am voting for the Biden/Harris ticket in 2020.