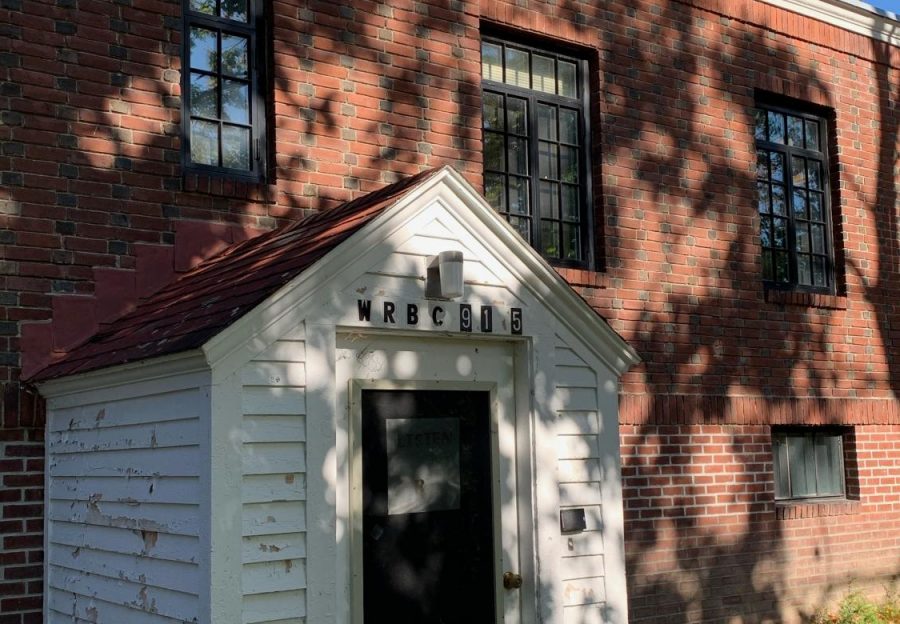 Life on the Bates College campus is very different than it used to be. Many clubs and organizations are struggling to find their place amid the COVID-19 pandemic. However, this is not the case with WRBC, the radio station on campus. The WRBC board has taken the new challenges in stride. The Bates Student met with Owen Schmidt ‘21, the General Manager of WRBC, to find out more about how the club operates during these tumultuous times.

Though WRBC has managed to navigate the new situation with grace, summer planning proved to be a challenge. Reflecting on the experience, Schmidt said, “I think a lot of people on the board were involved in the actions this summer. A lot of us had other things going on. Amidst a pandemic and social upheaval, it’s really hard to plan for a college club.”

Despite these initial difficulties, WRBC created several different contingency plans based on the Bates reopening plans. After the successful re-opening of the college and with the help of Bates Campus Life, the club moved ahead.

As per usual, WRBC is broadcasting in-person shows from the WRBC Radio Station on Frye Street. The station is following protocol to ensure the safety of all DJs who host radio shows this semester. DJs are required to use disposable microphone covers while broadcasting. They are also required to sanitize their hands and the soundboard before leaving the station. Other than that, not much has changed. Bates students can still listen to a wide variety of radio shows that range in topics from current popular music to discussions about feminism.

“We’re so lucky that we’re able to have in-person shows. That has been, probably, the most normal part of a lot of our college experiences right now,” said Schmidt. “It feels like college, not pandemic summer camp.”

Despite this normalcy, the radio station is feeling the absence of its traditional in-person concerts. WRBC is known for bringing musical acts to perform on campus, but this is not possible due to health and safety concerns. “I think that most of the things that make WRBC special, we haven’t been able to do this year,” said Schmidt, “We haven’t been able to host any concerts.”

In place of these in-person concerts, the WRBC board is working on inviting local musicians to perform online concerts that will be available to stream. Schmidt said, “I would like to have a concert before the end of module B. I think we have time, and all of us know a lot of great local artists who would be super down,” said Schmidt.

He noted that online concerts rarely measure up to in-person events. Still, the station is doing its best to create COVID-friendly programming. WRBC is also hoping to feature some student artists in their proposed online concerts. WRBC is already a place where Bates artists can come to get support and publicity from a supportive listening audience. Schmidt hopes that opportunity will continue this year, despite the apparent struggles posed by COVID-19.

In addition to a lack of in-person concerts, WRBC may have to forgo their annual trivia night to the disappointment of many in the Bates community. Schmidt hopes that they’ll be able to come up with a fun alternative. The board is considering hosting a socially-distanced trivia night though.

Another issue that the club currently faces is a diminished number of DJs. Schmidt noted that the WRBC schedule is emptier than usual. He said, “We have four board members who are not back this fall. And I think that people are cutting back on time spent out of their dorms, so we definitely need more DJs.” The one upside of this issue is that first-year students, who are generally assigned unfavorable time slots, are assigned more trafficked hours. Hopefully, this change means that more students are tuning in.

Despite the general lack of participation, there have been a decent number of first-year student participants. This does not come without its challenges, as the WRBC board had to train these new DJs over Zoom. Nevertheless, the significant number of first-year DJs leaves Schmidt and the rest of the board cautiously optimistic. They are also confident about the future of the radio station in general. Schmidt concluded by saying that WRBC will readily accept more DJs for the next semester. Signing up to be a DJ or even tuning into WRBC is a great way to bring the community together.