Now I am Angry: Bates’ Problematic and Hidden Past 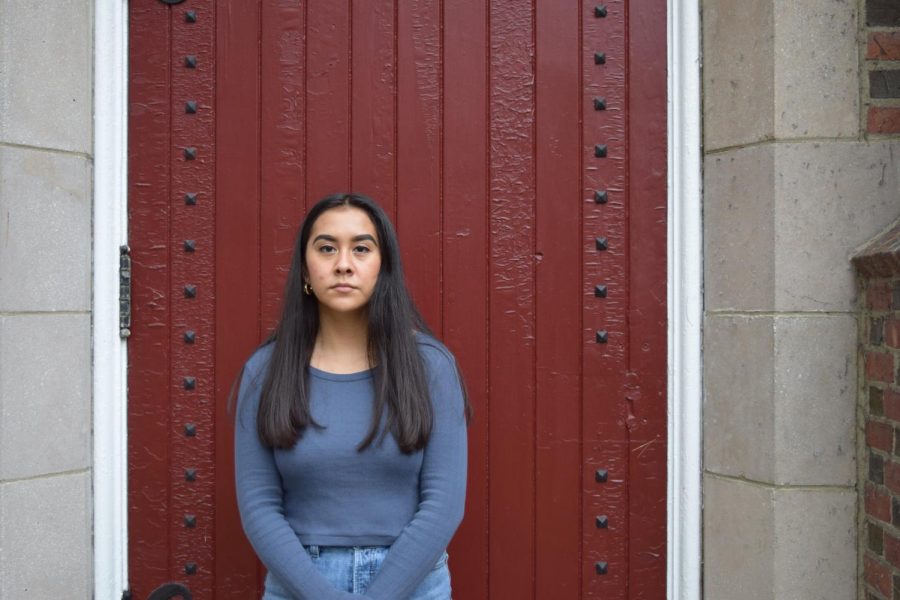 After writing my last article, my fatigue has shifted into an outrage. Now I am angry. Bates, as an institution, you are the problem. In addition to pressuring the BIPOC community on campus to shed their identity and morph into the nonwhite category, Bates has also cannibalized the BIPOC students and used deficit models that focus on their trauma. In referring to deficit models, I mean designing lectures, workshops, and other mediums meant to uplift the BIPOC community but only make them relive their traumas. Bates is forcing individuals to stay in these entities and relive these traumatic experiences just so the community can learn from our pain.

Why is this the only way to address equity and anti-racism? Why are we sacrificing our mental health just so other students can gain a liberal arts education?

Why is it that trauma has become a place of connection? Trauma has become a common thread in all marginalized individuals and their communities, for whom grievances are everyday reminders but now have become class lectures or mandatory workshops for white students. Why is it that I connect with my BIPOC friends through our trauma? The BIPOC community at Bates connects us with each other through our trauma — creating a narrative that we will be nothing more than our trauma.

This narrative is uplifted by white students, staff, and faculty, requiring us to perform these traumas just to be seen or heard. While we are praised for our courage to speak up and talk about these uncomfortable discussions, it does more damage than good. We are not empowered; we are reduced to our suffering and known only by it.

Bates has reiterated the same letter from Clayton Spencer for better and greater work in anti-racism, racial equity, and inclusion…but I have a question. Why is it that an institution, like Bates, that denounces racism and advocates for all identities has such a problematic history?

Recently, Bates has announced its intentions to include a land acknowledgment at all events and ceremonies. The purpose of the land acknowledgment is meant to recognize the Indigenous land that Bates is built upon and the tribes that occupied it before colonization stripped their rights from that land.

In a past article titled “Does Bates Deserve a Land Acknowledgement?” Amanda Metzger ‘22 wrote that “to earn a land acknowledgment, Bates as an institution needs to participate in community building and direct action and make sure that any land acknowledgment that would be used is representative of the Indigenous communities it addresses.” I want to know where the community building and direct action was when a Bates professor testified in a court case that aided in the stripping of land rights over the Penobscot River from the Penobscot Nation?

The case, 2015 Mills v. Penobscot Nation (PN), was about a federally recognized Indigenous tribe in Maine who filed to resolve issues about the ownership of a 60-mile stretch of land, specifically the Penobscot River, also known as the “Main Stem.” This alarming removal of territory from the PN drew the attention and support of former President Barack Obama and his administration. This is one of many cases in Maine where Indigenous tribes have sued the state of Maine for essentially going back on their word in these land treaties. This case, in particular, has placed the most strain on the tribal community and state relationship ever since. Most of the disagreements have been centered around natural resources like fish quotas, water quality, and pollution controls.

The court case had many experts testifying, including a Bates professor. Bruce Borque, a senior lecturer in anthropology and an archaeologist at the Maine History Museum, was an accomplice (appointed as the state’s expert witness) in the state of Maine attempting to remove the Penobscot Nation from ownership of the river. This is a direct disregard of land sovereignty. Land sovereignty is understood worldwide as the right and power of a governing body to govern itself, its people, and its lands without outside interference. In political theory, sovereignty means the supreme decision-making authority of a government. Borque’s statement furthered the argument that the natural resources that come from the river would be worthless if left under the care of the PN; he claimed it is not possible that the state of Maine would willingly and knowingly sign over the river knowing the economic opportunities.

The most concerning aspect of Borque’s argument is the thousand-year theory. In this theory, he describes the “red paint people” as a lost tribe that existed thousands of years ago and mysteriously vanished, and that the Penobscot and other tribes of the Wabanaki Confederation (which also includes the Abenaki, Maliseet, Mi’kmaq and Passamaquoddy peoples) are relatively recent arrivals to the region. Rewriting Native American history, the article that includes this theory acts in Borque’s own self-interest, as the Maine Museum is able to claim artifacts and indigenous relics that are over a thousand years old for economic gain. This theory erases the history of the long-standing tribes here and creates the narrative that these tribes arrived recently after the mysterious disappearance of past tribes  — disconnecting the Nations from their inherent rights to the land and own sense of identity.

One of the most vital and most controversial parts of the court case was the agreement between the state of Maine and the tribes. There have been several land agreements over the course of many years, with the last one being finalized in 1980. The Maine Indian Claims Settlement Act stated that the Penobscot Reservation did not include the body of water but rather the small islands within the river. The finalized land agreement from 1980 also states that the reservation was given as land, not water. This agreement ultimately aided in the final verdict in which the U.S. District Court ruled in favor of the state of Maine. The Penobscot Nation has filed a rehearing and is in the process of it after a 2017 rehearing as well.

Besides this incident, another was a past graduate of Bates who played a problematic role in the rights of Indigenous communities. The recent advocacy for the bill that recognizes the missing and murdered Indigenous women, girls, trans, and two-spirit people has been passed by the House of Representatives in late 2018. Called the Savanna Act, the bill is named after Savanna LaFontaine-Greywind, a member of the Spirit Lake Nation, who was one of many victims murdered. Initially introduced in 2017 by former North Dakota Senator Heidi Heitkamp, the bill was stalled over the past three years. One of the contributors to the opposition of the bill was Representative Bob Goodlatte, a Republican from Virginia. He graduated from Bates in 1974 with a degree in government.

I am at a loss of words. The only thing that has lingered within me is my anger. I am angry that Bates as an institution has not acknowledged the students who graduated with a liberal arts education but have played a role in diminishing the lives of many Indigenous communities. I am angry that even the professors who have taught here have aided in discrimination and racism. I am angry that Clayton Spencer herself has not given a response to these incidents and is thus complicit. Bates does not deserve a land acknowledgment that respects, recognizes, and restores the Native Nations in Maine while the educators attempt to eliminate their history. What else is Bates hiding?