Joji gives us no place left to “Run” 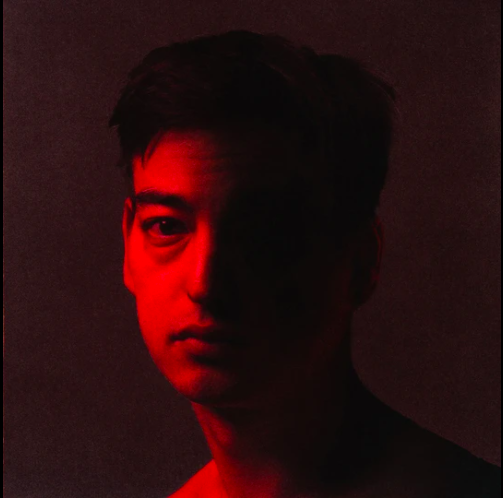 Joji’s style has been described primarily as lo-fi, a genre of music using audio with an unpolished or rough sound quality. His songs also have hip hop, R&B, pop, and trap elements.

Joji’s lyrics reflect real relationships. His music is hard not to hum or dance to, which juxtaposes the lyrics. The songs often tell the story of a relationship that has fizzled out. They’re not epic breakup songs or epic love ballads, but instead, love that is coming from a man who so desperately wants to have someone to go home to at the end of the day. After all, isn’t that what many of us want in some way?

These moods definitely come up in the first song, “Ew,” a piano and string track with smooth beats and Joji’s falsetto. Joji sings about aching to find someone who will stay with him and not leave him, like so many other people have before: “Ooh, teach me to love just to let me go/I can’t believe that I’m not enough/Not enough/And so long, no one will be here to save you.”

A song that could definitely be swayed to at a future 2020s Dance at Bates is “Daylight,” a collaboration with Diplo. I couldn’t help but sway my body to it, especially when the chorus hit. “Bad luck, I don’t wanna be home at midnight/ Sun’s up, I don’t really wanna fight the daylight/ I don’t care if you moved on.” However, to get a real taste of the song, the pre-chorus says it all: “And I’ve been a hero, helpless/I’m in hell/ And I’ve cried up and down in these hallways/Blamed myself.” It’s one of those songs you can sing the lyrics to and feel good, but your feelings change when you actually read and examine the lyrics. A song about feeling alone after a breakup is not one that’s likely to make someone feel good at first listen, but Joji does it masterfully.

“Sanctuary” is a single featuring more upbeat pop tones. Yet, with lyrics such as “’Cause I’ve been aimin’ for heaven above/ But an angel ain’t what I need” followed by “Not anyone, you’re the one/ More than fun, you’re the sanctuary,” it reveals someone who is totally comforted by the presence of someone else. Using his light, airy falsetto against loud electronic kicks, claps, and other electronic drum sounds, he takes the love he sings about in this relationship to the same heights as those epic love ballads.

A song I’d consider my favorite breakup song of the album is “Run.” However, “Run” isn’t precisely a breakup song. Instead, it’s a song about struggling in a relationship that you don’t want to be in anymore. In verse one, the lyrics demonstrate his current views of feeling stuck. “So you just run/I know that I’m stuck/In this misery/Guess I’m not enough/Like you used to think/So I’ll just run.” In Joji’s voice, you can feel the aches and pains and struggle he feels. He takes you on a seemingly never-ending relationship that both people don’t want to be in anymore; however, they seem to stay in it because they don’t want to face their issues.

An upbeat song that actually is a happy, love song though, is “Mr. Hollywood.” It’s a song about Joji and his new stardom, but also a promise to not let that consume him: “Ooh, I just wanna lay right by your side/We don’t gotta love each other right/We just gotta make it through the night.” It’s a simpler song, but with a strong message that a future partner can count on him to always be by their side no matter what.

If “Mr. Hollywood” was a classic love song, then “Like You Do” is a classic breakup song. It’s about two people whose relationship doesn’t work anymore: “Lately, I can’t help but think/ That our roads might take us down different phases.” Though Joji knows that they are going to different places in life, he knows that that person, and their love for him, was special: “They don’t love me like you do/Those chills that I knew/They were nothing without you.”

To close the album, Joji gives us a song of hope. “Your Man” describes Joji comforting a potential crush about their breakup with their previous lover. However, with the questions, “Have you ever loved?/Would you go again?” Joji asks if they’d potentially be interested in him. At the same time he assures them, “Don’t be down when it’s over, baby, yeah/I’ll be your man, oh man.” In an album consumed with heartbreak, doubt, and sometimes love, this final song gives the listener a rest from those emotions in an optimistic song about giving love another shot.

Joji’s second album also features less autotuning or distortion of his voice than his first album “Ballads 1.” It’s great to hear, because either he is moving into a new phase in music, or he has become more comfortable finding his voice. Either way, “Nectar” is one of those albums where every song is unique. Each song has its own message, story, and personality which means that every song needs to be listened to.