Is the New Mulan A Movie Worth Paying For? 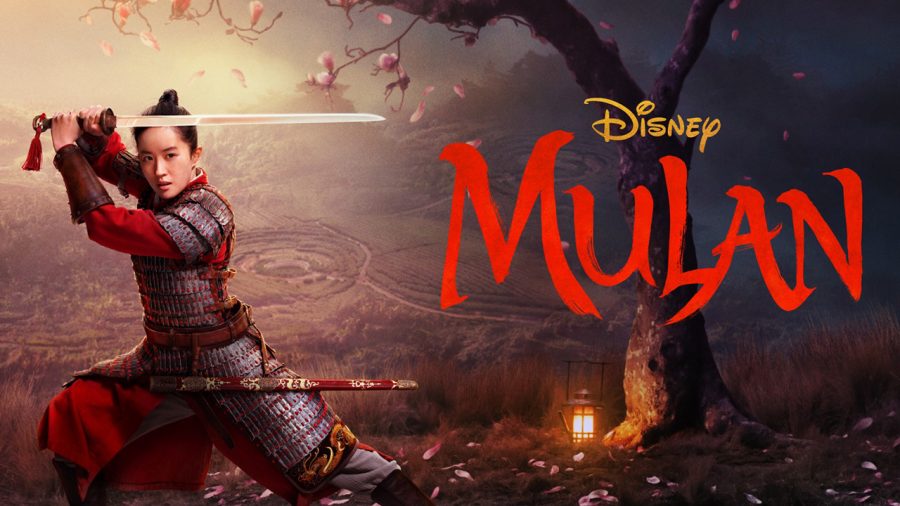 It has taken several months for Disney to release its live-action remake of “Mulan.” Even before the new movie was released on Disney+, a streaming website that charges $6.99 a month for its viewers, there were calls to boycott it due to the people involved with the movie as well as where it was shot. Criticism of the film itself comes from how the remake added characters and elements that were not in either the 1998 “Mulan” or the “Ballad of Mulan” that the movie is based on.

The 2020 remake tried to take a more thoughtful, serious route than the 1998 version. This “Mulan” tries to appeal to both American and Chinese audiences. For example, the filmmakers removed the character Mushu since the audience in China didn’t feel it was an accurate representation of a Chinese dragon. The production crew also looked to the original ballad for inspiration. An added element that becomes central to the film’s plot is the role of ch’i.

In short, ch’i is the life force that every living thing possesses, according to Chinese philosophies. It is involved in traditional medicine as well as martial arts. However, Mulan, played by the actress Liu Yifei, has a unique way of using her ch’i, as it allows her to scale buildings and perform martial arts stunts with ease and little training. It becomes a superpower almost. She has so much power from her ch’i that her father tells her to quell it, for women who used ch’i were referred to as witches; only men were allowed to use ch’i.

The introduction of ch’i is similar to how the “Star Wars” prequels squashed the hope that anyone could be a Jedi. It was revealed that Jedi could not harness this mystical entity called the Force solely through training. Rather, the amount of power they have is determined by the number of internal microorganisms called midi-chlorians that give it off. Instead of the power coming from hard work and dedication, it comes from a biome inside their body.

The remake of “Mulan,” was made by a predominately white production crew. This has caused some controversy even though the head director was acclaimed director Niki Caro of “Whale Rider” and that the screenplay had been mostly written by three white women. This team of people decided to take a traditional Chinese concept and use it as a means to enforce an ostensibly feminist message of overcoming adversity. Because Mulan already has an innate ability to be a warrior, there is no need for an “I’ll Make a Man Out of You” scene. She already can fight with ease, and her fellow soldiers just watch in awe rather than grow as warriors alongside her.

So what are viewers left with? A character whose only issue in the movie is that she’s not using enough of her power. It’s not that Mulan has too much power and doesn’t know how to control it like in “Hercules”, or that she has an unharnessed power and needs to train like Luke Skywalker. Instead, she simply doesn’t use enough of it. In doing so, Mulan becomes a very flat character, just like every other character since there isn’t any growth. Emotional scenes, such as one where they witness the aftermath of a battle, now seem to come out of nowhere and do nothing for the plot since there isn’t any emotion invested in it.

Besides the obvious lack of Mushu or musical numbers in this remake, there is also no Li Shang, the commanding officer who becomes Mulan’s romantic interest. No love interest is mentioned in the original ballad, so it would make sense as to why they didn’t include him. However, Li Shang has become a bisexual icon since the 1998 film’s release due to how Li Shang seems interested in Mulan before it is revealed she is a woman, as well as the fact that his interest remains afterward.

Besides wanting the story to center more on Mulan, producers said that in the wake of the #MeToo movement, they thought it would be wrong for a superior officer to be interested in Mulan. This is a fair choice. However, they chose to split Li Shang into two roles: One is the commanding officer, Commander Tung, and the second is Chen Honghui, who acts as her supposed love interest. However, the relationship between Chen Honghui and Mulan doesn’t fully develop past talking; he isn’t even necessary to be included, in my opinion.

What is good about the film? The costumes and some of the cinematography. Simply having great camera shots and beautiful clothes does not make up for the movie’s flaws though.

In August 2019, actress Liu Yifei who plays Mulan, reposted a solidarity message for the Hong Kong police on Weibo, China’s version of Twitter. Thus, people in Hong Kong, who began protesting over a year ago to maintain an autonomous state and have been brutalized by police, started the hashtag #boycottmulan. This news seems to have gained traction in the United States only with the premiere of “Mulan.”

It should be noted that the boycotting of “Mulan” is not the only time that people have tried to boycott a film in response to controversies surrounding a female lead. The Lebanese people boycotted “Wonder Woman” after Gal Gadot said that she supported Israel in the midst of a war with Lebanon. This boycott didn’t seem to make much noise in America even though Vanity Fair covered the story.

“Mulan” was also filmed in the province of Xinjiang, where Uighur Muslims are currently being held and undergoing reeducation programs. In the movie’s credits, Disney thanks several government entities in Xinjiang, including the “Publicity Department of CPC Xinjiang Uyghur Autonomous Region Committee.”

It has been reported that these internment camps have been operational since 2017; filming began in August 2018. The film had been mostly shot in New Zealand, but 20 Chinese locations were used to “accurately depict some of the unique landscape and geography of the country,” said Disney’s CFO Christine McCarthy. McCarthy has refused to indicate what monetary loss this would be for Disney. However, records show that the film has made 46.8 million at the time of writing, yet had a 200 million budget.

The 2020 “Mulan” fails to bring audiences closer to the original ballad, which they said they were attempting to do. It also estranges audiences from the beloved 1998 musical version. What is left is a shell of a movie about a heroine who fights against injustice practically all by herself. It was filmed in a province where injustices and crimes against humanity occur every day but carried out by the American studio whose global theme parks are quoted as being where dreams come true. What’s more American than that?