Bryson DeChambeau Wins the US Open, Signaling a New Era in Golf 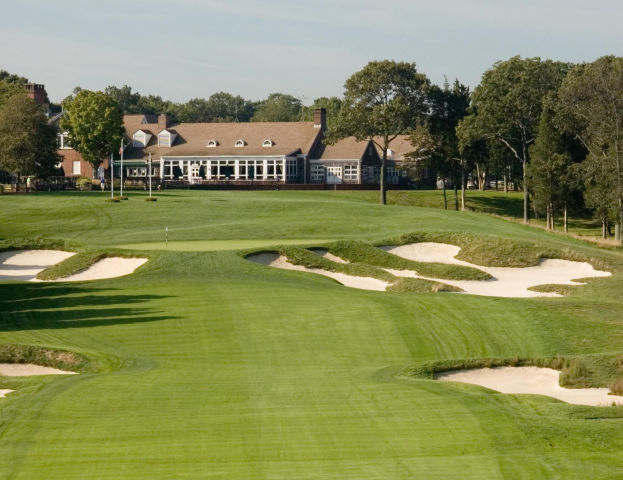 In the 2019 Shriners Hospitals for Children Open, Professional Golf Association tour golfer Bryson DeChambeau fired a final round sixty-three en route to a fourth place finish. The tournament marked the end of Bryson’s 2019 season campaign, but he was already looking ahead to his 2020 season. After his final round, he told reporters, “I’m going to come back next year and look like a different person…You’re going to see some pretty big changes in my body, which is going to be a good thing. Going to be hitting it a lot further.”

Bryson kept his word, gaining fifty pounds through a combination of weight room training and dietary changes. A year later, after gaining an average of twenty yards off the tee, DeChambeau became the 2020 United States Open Champion.

Winged Foot West is historically known to be one of the toughest golf courses on the planet. Heading into the 2020 US Open at Winged Foot, it was to be expected that the course would show its teeth. Many of the players admitted that it was going to be an incredibly challenging week of golf. “The viewers at home are going to see some pretty bizarre stuff and probably a lot of putts and chips that make us look pretty bad,” said 2017 PGA champion Justin Thomas. “If you’re into that stuff, then you’re going to like this week.”

Bryson Dechambeau, however, didn’t seem fazed by Winged Foot West. In an interview before the start of the championship, Bryson emphasized an aggressive strategy in which he planned to hit it as far as he could off of the tee. To many fans and analysts in the golf community, the strategy seemed laughable. Any slightly inaccurate shot would be harshly penalized at Winged Foot. Therefore, a risky strategy like Bryson’s seemed unfit for the demanding course layout.

Bryson saw it differently. Because of his prodigious length off the tee, he hypothesized that he didn’t need to be accurate to have success. With shorter clubs than everyone else on his second shots, DeChambeau could muscle it out of the rough more easily than the other players. In alluding to Bryson’s ability to play out of the deep rough, CBS reporter Kyle Porter said, “He is an ox dragging a plow through the dirt.”

Ultimately, Bryson proved himself right, winning the US Open by a comfortable six stroke margin over nearest competitor Matt Wolff. DeChambeu shot a 3 under par 67 on Sunday, making himself the only player to shoot under par on a windy Sunday. He was also the only player to break par for the championship, finishing at 6 under par.

After Bryson reshaped his body and gained distance, many of his peers were impressed. Even PGA tour standout, Rory Mcilroy, was in awe of some of Bryson’s towering tee shots. But few players believed his length and aggressive shotmaking strategy would work at a penalizing golf course like Winged Foot West.

If DeChambeau can overpower Winged Foot West, is there a golf course that he can’t overpower? Only time will tell, but it’s likely that Bryson is revolutionizing the way golf is played.